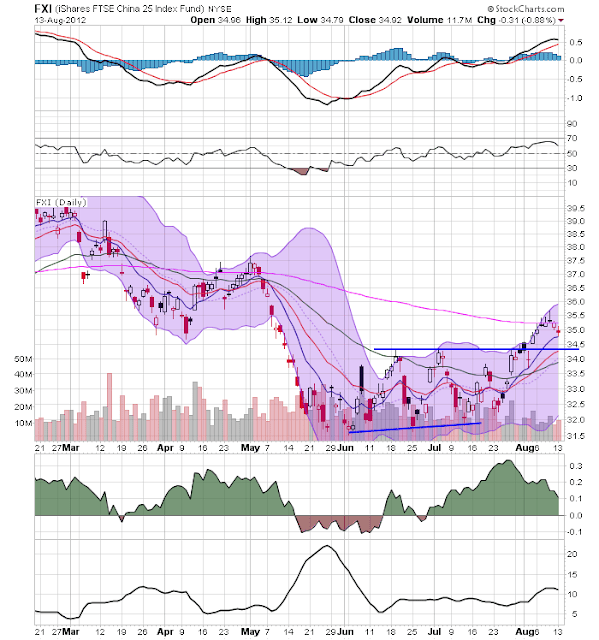 After moving through upside resistance, the Chinese market hit the 200 day EMA and has since sold off to the 10 day EMA.  However, the price bars on the chart are quite moderate; they look like a standard, profit-taking sell-off rather than a panic sell.  Also note the underlying technicals are still solid: the MACD is rising, the CMF shows money flowing into the market and the RSI is higher. 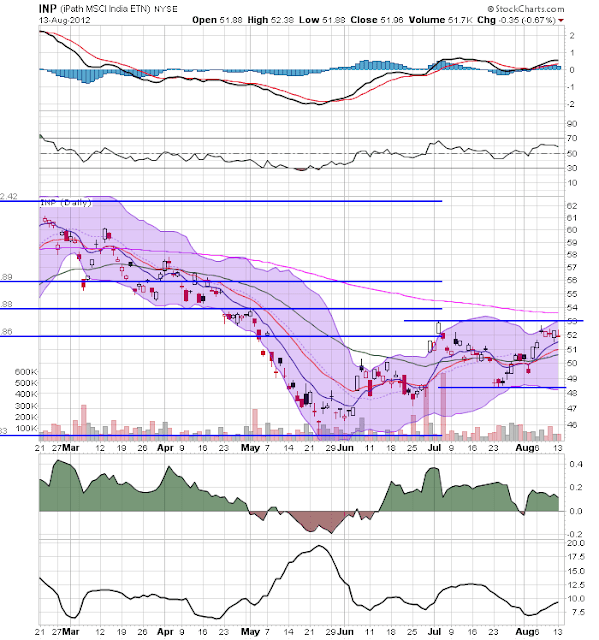 The Indian market is still under the high established at the beginning of July along with the 200 day EMA.  Also note that prices have been moving sideways for the last week, hitting support at the 10 day EMA today. 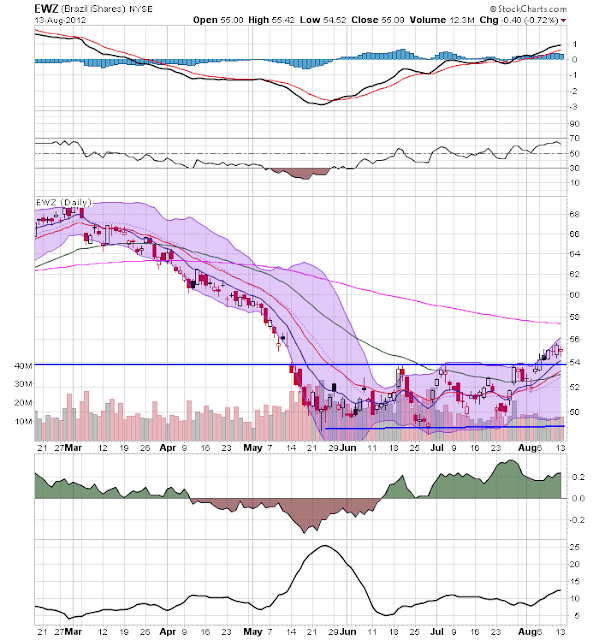 The Brazilian market has moved through resistance but, like the Indian market, is moving weakly sideways.  We do see a better EMA picture, with the shorter EMAs rising through the 50 day EMA.  Additionally, there is a stronger MACD and CMF picture as well. 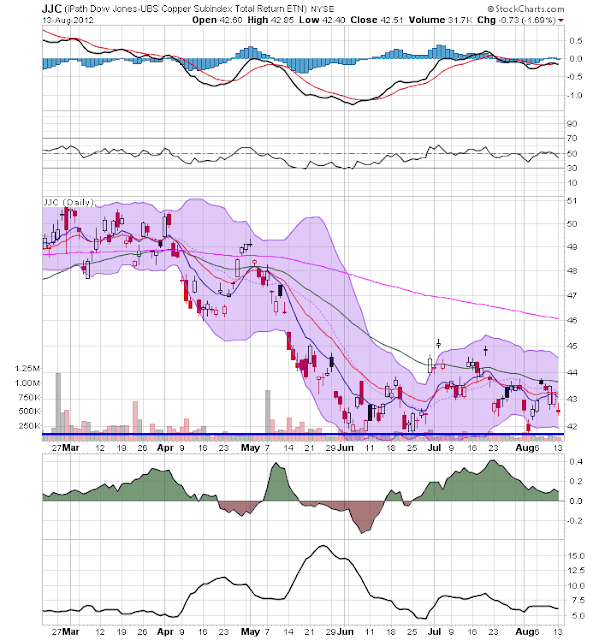 Copper isn't rallying at all.  Instead, we see prices stuck in a range between 42 and 44 for the last three months.  All the shorter EMAs have a downward trajectory as does the 200 day EMA.  The MACD is weak and the CMF is slightly positive.  Dr. Copper is not signaling a strong economic environment coming around the bend. 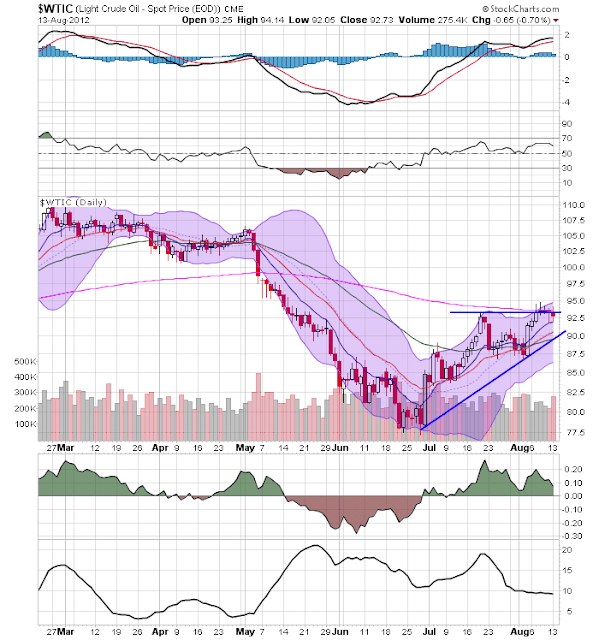 Oil prices are consolidating in an ascending triangle formation, which also uses the 200 day EMA as upside support.