Trends in hiring vs. firing, employment vs. jobless claims

Last week, the Washington Post ran an article titled, Economy Might Be Gaining Traction, New Data Suggest.  The article highlights recent developments in exports, housing and employment as the reasons for enthusiasm.  This week, we'll be looking at some of the points made in the article to see if they're valid.  NDD wrote this piece below on employment.

Let's take a look at a few updated employment graphs.

First of all, I have suggested that hiring leads firing. Among other things, in the past temporary hiring has been a leading indicator for hiring in general. If that remains true, that's good news, because through the July jobs report released one week ago, temporary employment has continued to increase: 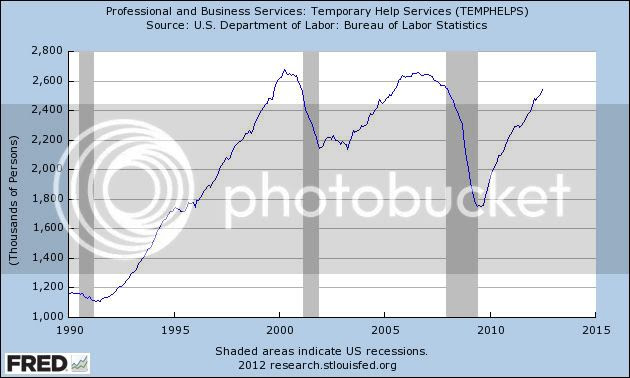 Another series that appears to support the hypothesis that hiring leads firing is the JOLTS hiring index. This too is continuing to rise as of the last report: 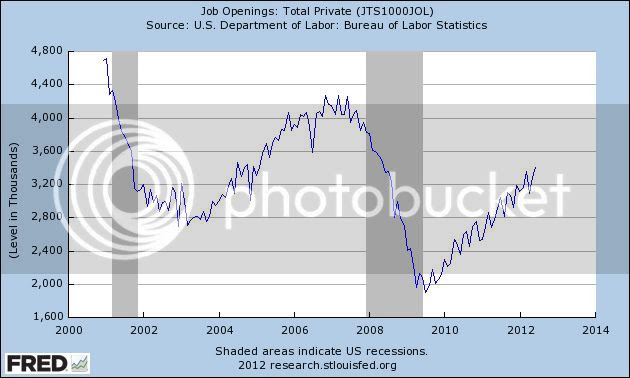 Finally, here's an update of my scatter graph showing the relationship between initial jobless claims and the non farm payrolls report for private sector jobs, starting from the March 2009 peak in initial claims, with the poorer payroll reports that began in March of this year shown in red: 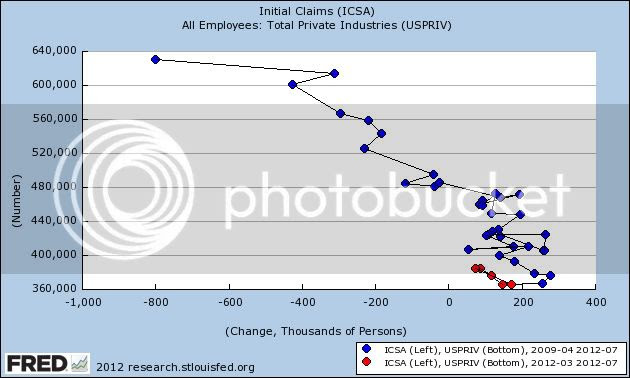 July was one of the two best months for initial claims since the recovery began 3 years ago (the other was March of this year). But like March of this year, we failed to generate 200,000+ private sector jobs. We need at very least one 200,000+ report to suggest that the prior trend may reassert itself.
Posted by New Deal democrat at 10:00:00 AM