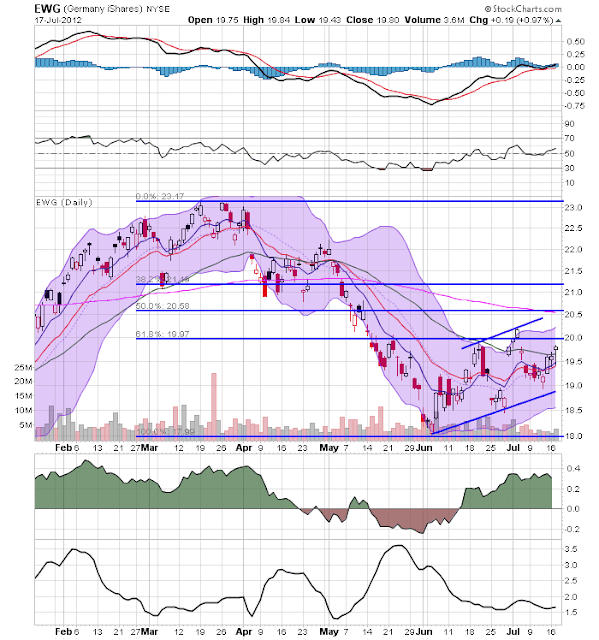 The German market -- which fell about 22% (from 23-18) -- is now moving higher.  However, this is more of a technical move, as traders seek to purchase undervalued securities.  Also note the bullish MACD and CMF reading.  But, considering the overall EU situation, I wouldn't expect to see this average move strongly higher in the near term. 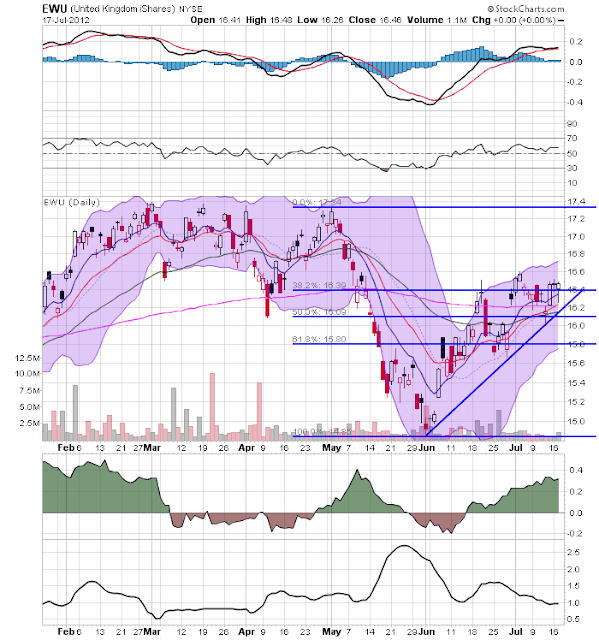 The UK market is in a similar position.  It fell a little over 16% and is now moving higher.  Prices are now above the 200 day EMA, with the shorter EMAs currently caught in the 200 day EMA.  Money is flowing into the market, volatility is down, but momentum is weakening.  Again, this looks more like a safety rally -- a safe, well-established market getting a capital inflow at the expense of say, Italy or Spain. 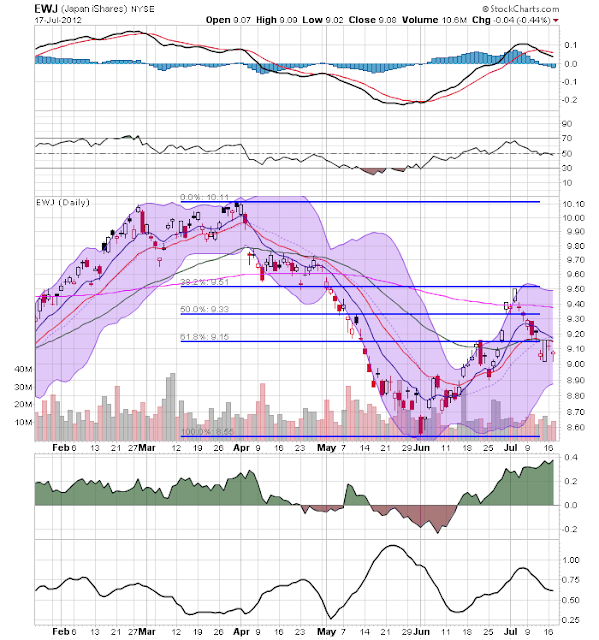 After falling almost 16%, the Japanese market rebounded to the 38.2% Fibonacci level, with prices being a little above the 200 day EMA.  However, prices are now moving lower, and are again below all the EMAs.  Momentum has given a sell signal, the the CMF shows a volume inflow.  Again, this looks like a well-established market attracting capital because it is considered safer than say, Indonesia. 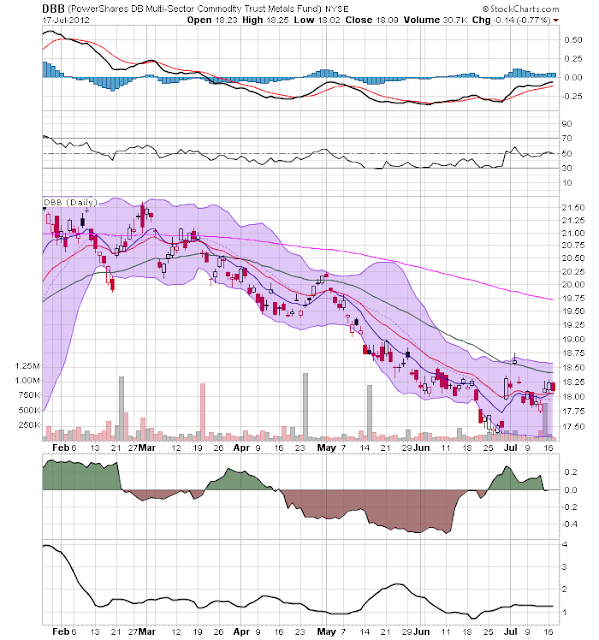 Industrial metals have been decreasing for the last six months.  However, it could be argued a bottom is being formed.  Firs,t the 10 and 20 day EMAs are moving sideways -- although the longer EMAs are still moving lower.  The CMF is positive and the MACD is rising (although still negative).  The key to this analysis is if prices move below the 17.50 level. 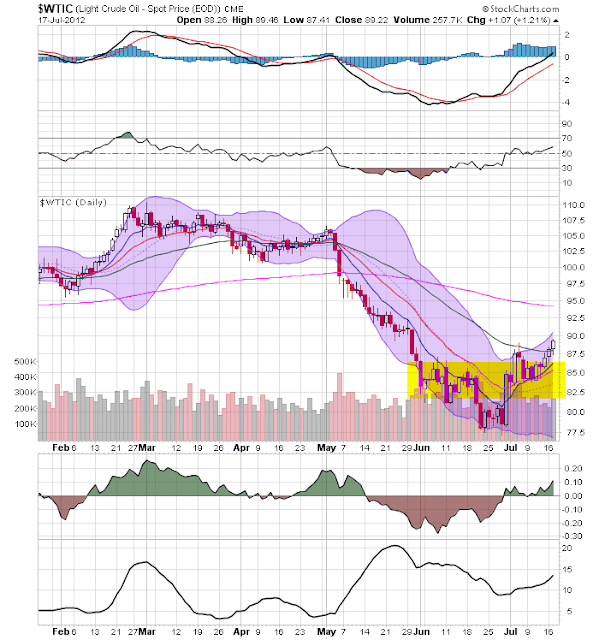 Oil appears to be beginning a rally. Prices bottomed in late June, but have rallied a bit since.  Prices are now about the 10, 20 and 50 day EMA.  The shorter EMAs are rising and the 10 has crossed over the 20.  Momentum is increasing and money is moving into the market.
Posted by Unknown at 6:00:00 AM