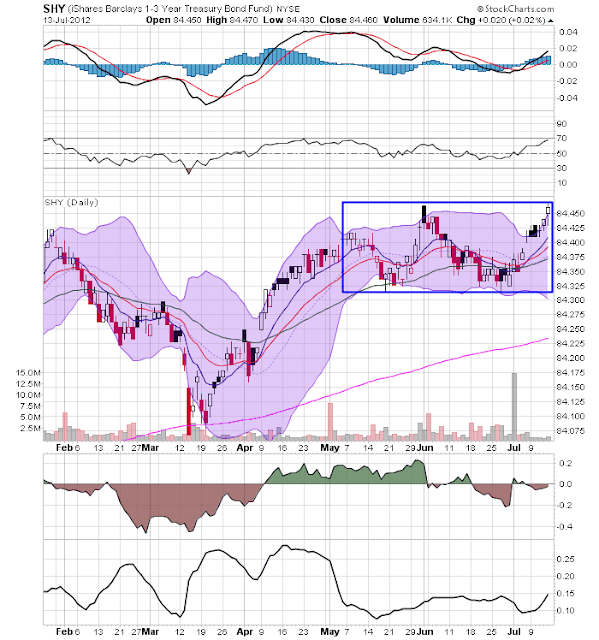 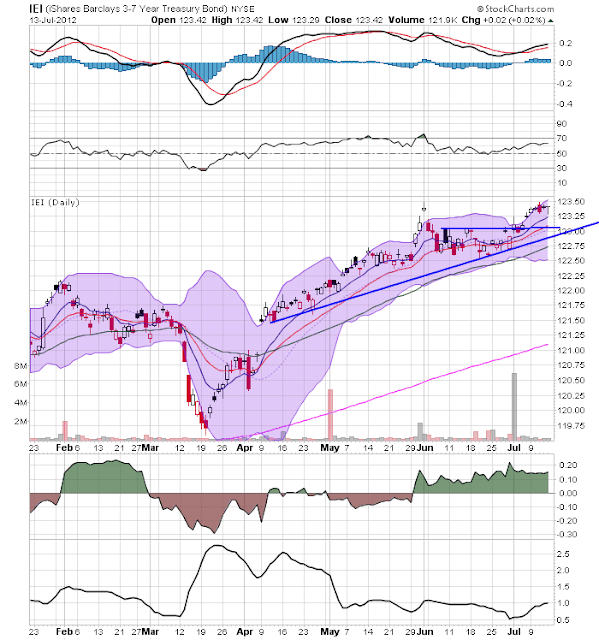 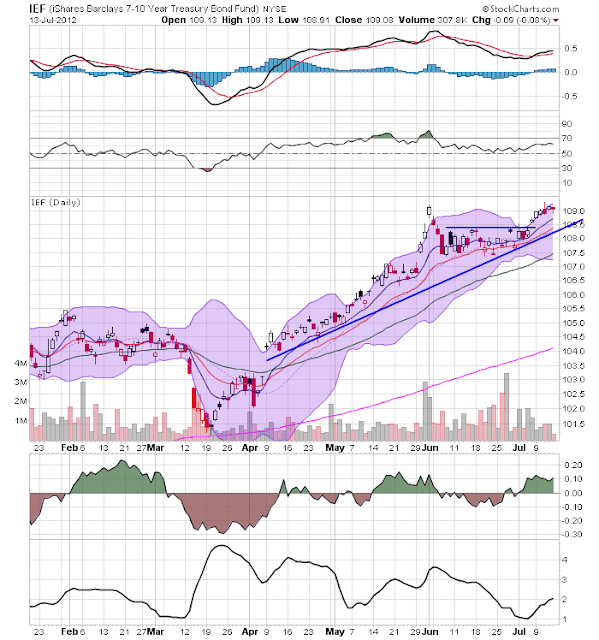 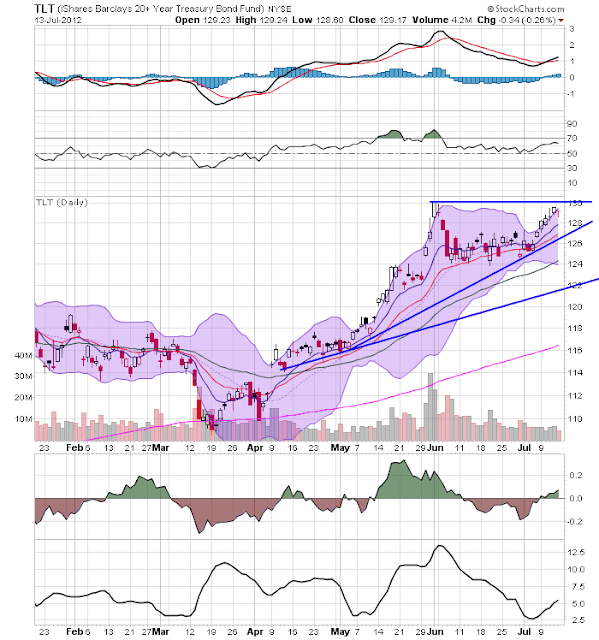 Let's start with a look at the entire US treasury curve, which shows that the safety bid is still very much in play.  The short end (top chart) is caught in a trading range after a rally in mid-March.  Considering there is very little upside room in this part of the curve thanks to inflation, this makes sense.  The two intermediate charts (IEIs and IEFs) are both in the middle of a rally that started  in early April and the long end of the market (the TLTs) is approaching highs established at the beginning of June.

The point of this discussion is to highlight that as long as the safety bid is this strong, risk based assets will have less cash to support their prices. 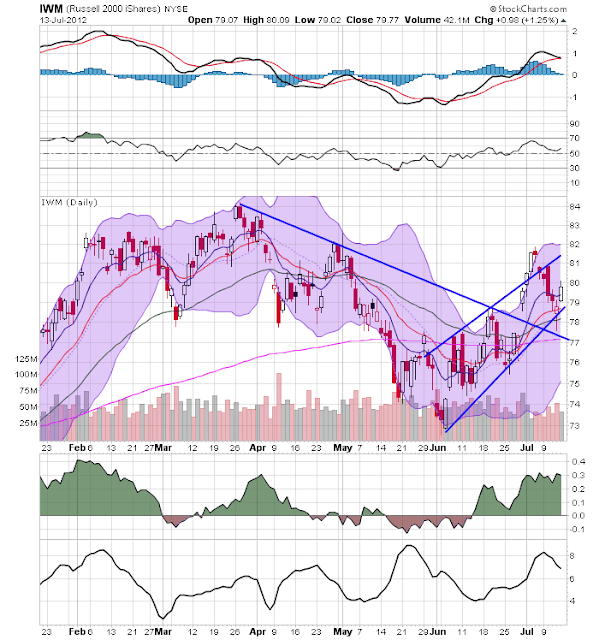 The IWMs are, oddly enough, the average that is doing the least badly.  On Thursday, it held support at its lower trend line and still remains above the 200 day EMA.  The biggest technical challenge is the MACD, which is about to give a sell signal.  However, the CMF tells us money is moving into the market and volatility is decreasing. 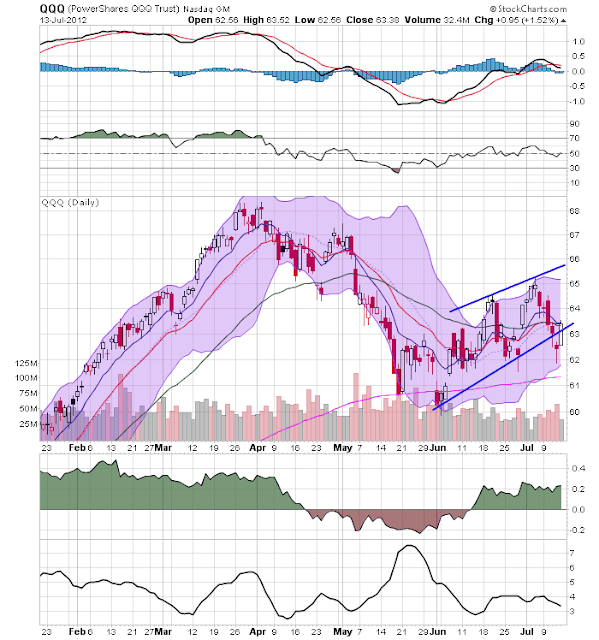 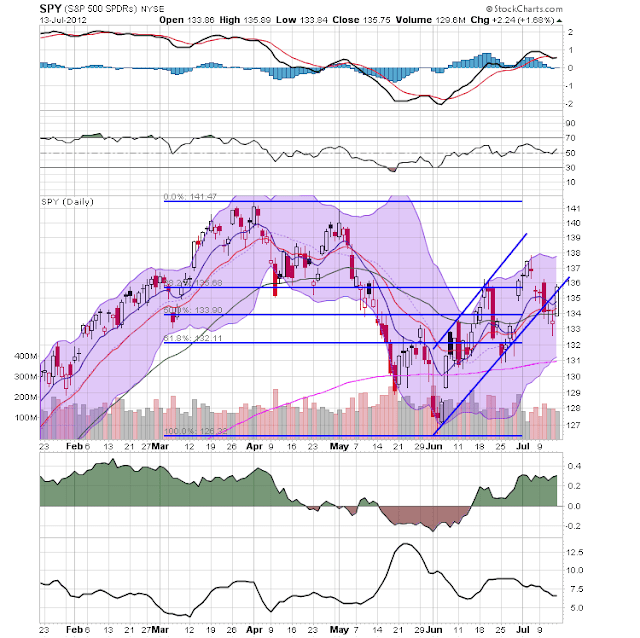 In contrast to the IWMs, we have the QQQs and SPYs.  Both of these indexes fell below support on Thursday.  Each rallied on Friday, but this was after their respective MACDs gave a sell signal.  On the positive side, both have decreasing volatility and increasing volume inflow.

When looking at these three averages together in combination with the underlying economic fundamentals, the conclusion is for, at best, a reluctant rally higher.  Most likely, I'd expect sideways action or a move to test the 200 day EMA.  Bolstering this analysis is the movement within the market; health care, staples and utilities are some of the better performing sectors over the weekly, monthly and three month time periods.  In contrast, consumer discretionary, technology, basic materials and industrials are at the bottom of the pack.
Posted by Unknown at 6:00:00 AM