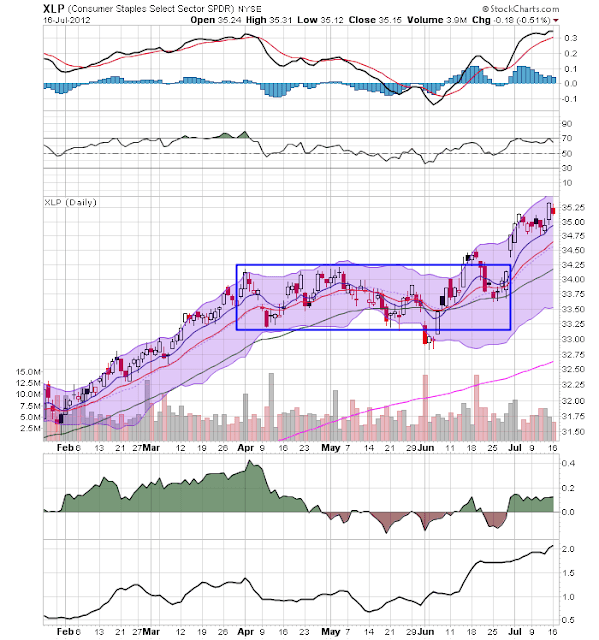 The consumer staple sector is in the middle of a rally.   Prices consolidated between April and July, trading between the 33.25 and 34.25 levels.  At the beginning of July, prices moved higher.  Note the bullish orientation of the EMAs (all are rising, shorter above longer and prices above all).  Money is flowing into the market and momentum is positive. 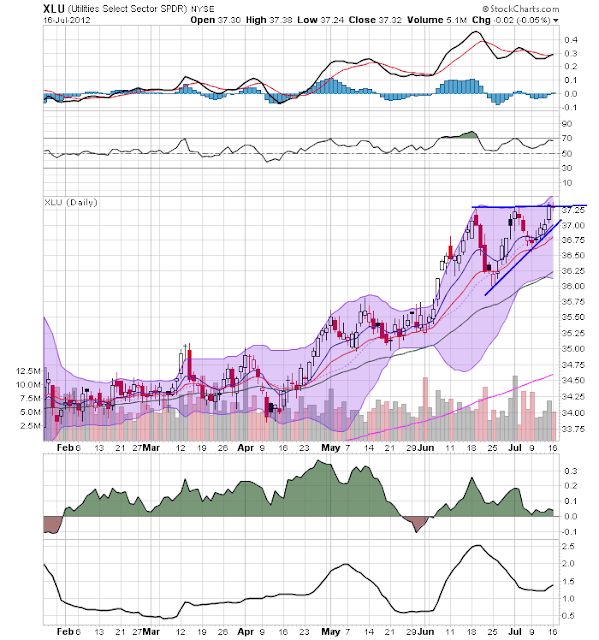 The utilities sector is also rallying.  For the last month, prices have formed an ascending triangle pattern.  Also note the bullish EMA picture.  A move higher would signal a continued rally.  The MACD reading may be a signal of cooling down, not selling off (this type of pattern is common in consolidation patterns). 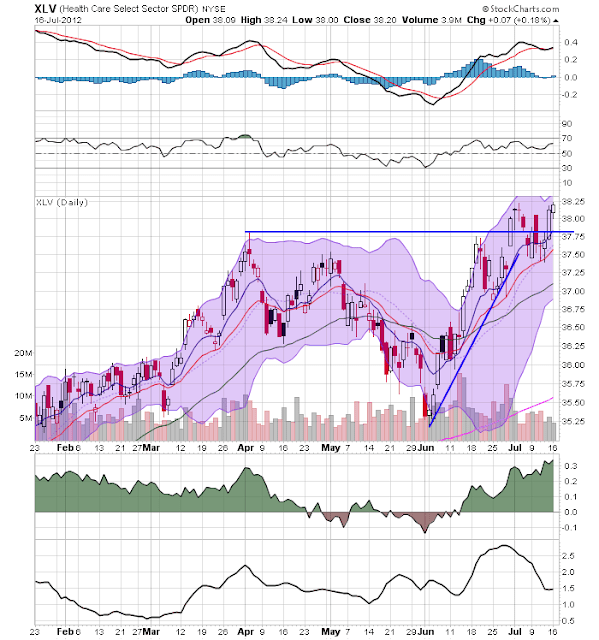 The health care sector rallied from the beginning of June until the beginning of July, when it was caught at the levels established in early April.  Prices have been treading water since.  However, notice the bullish EMA picture along with massive volume inflow, indicating higher highs are probably on the way.

The preceding three sectors -- all considered safe and/or low beta sectors -- are some of the better performing sectors over the last week, month, three month and six month period.  This tells us that investors are moving into safer sectors, further showing that there is a lot of concern out there regarding the economy. 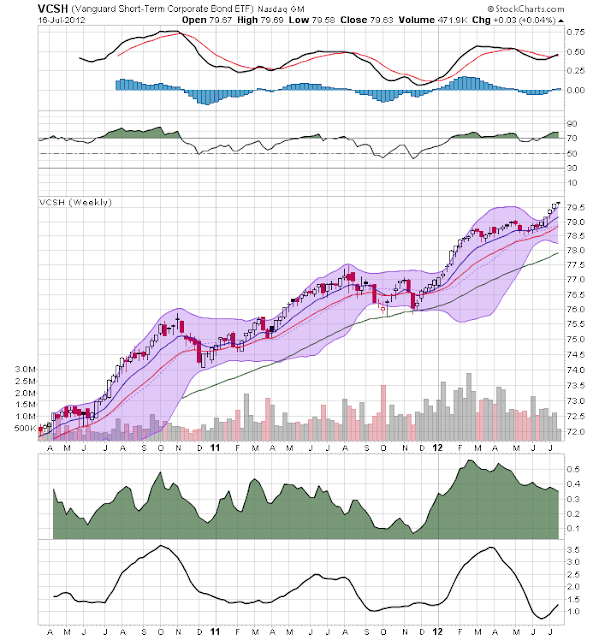 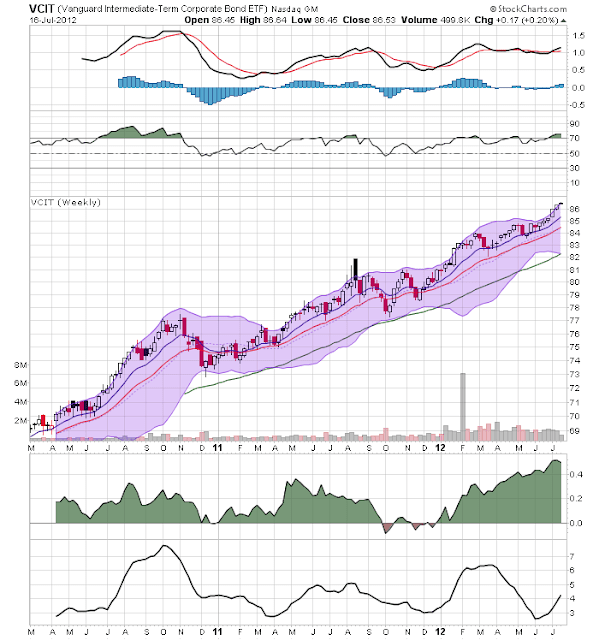 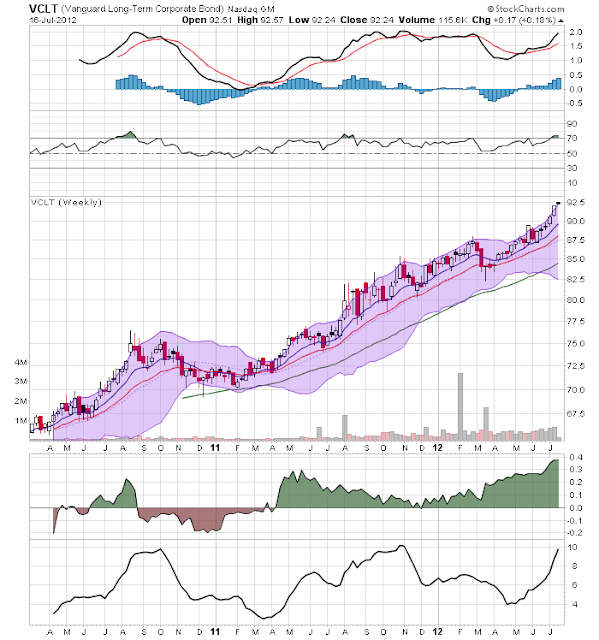