Initial jobless claims and the onset of recessions

With the recent increase in the number of initial jobless claims filed weekly, and the general weakness we have seen in the data for the last month, I wanted to take a close look at the relationship of initial jobless claims to the onset of recessions -- not in terms of the duration between the upturn of claims and the start of a recession, but rather the amount of the increase.

We have data going back 45 years and including 7 recessions.  In each of the graphs below, I took the lowest number of initial claims reported during the economic expansion and normed that to 100.  I started with January 1st of that year, and continued to the end of the first month of the next recession.  The result shows the percentage by which initial claims had increased at the onset of each recession.  After the first month of each recession, claims rose sharply and are not included. 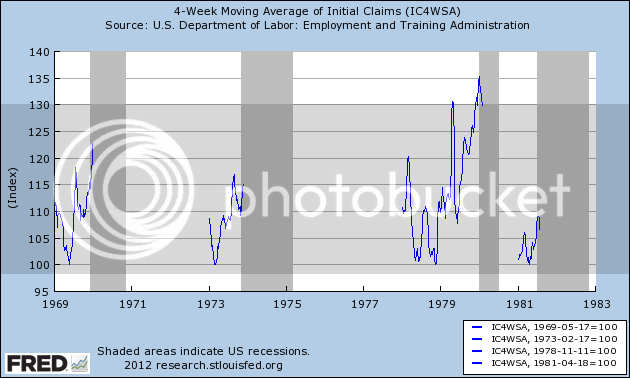 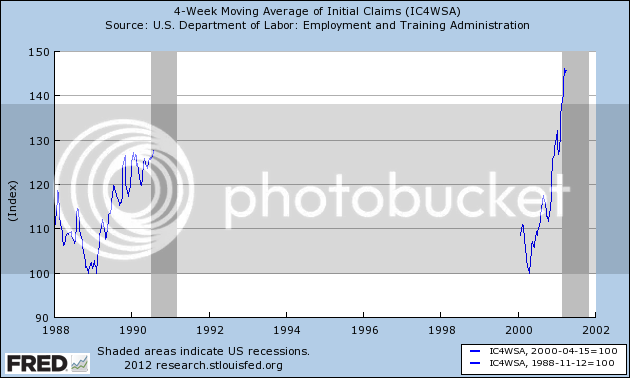 And here is the onset of the Great Recession and the entirety of this year so far: 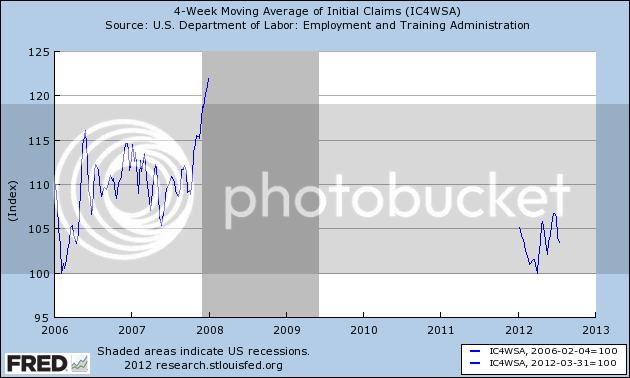 The only case that is comparable is the onset of the major recession of 1981-82, and even there claims were consistently over 5% higher than the previous low at all times.  The lowest initial claims number during the interim between the "double dip" at that time was still over 400,000, and on a population adjusted basis, 50% higher than the low of March 31 of this year.

As usual, the caveat of a limited data set applies, and this is only one series, but the limited increase in initial claims in the last 3 1/2 months looks much more consistent with very weak growth than actual contraction.
Posted by New Deal democrat at 10:00:00 AM