As I mentioned yesterday, I've been concerned about the US markets:


My primary concern for the US markets has been the international markets.  Simply put, with other markets and economies slowing down, I've wondered how the US can continue rallying (see here, here, here and here).  Last week's action in the US markets indicates the US is coming under more pressure both from international markets and internal weakness.

Friday's jobs report appears to have been a big negative catalyst for the markets. 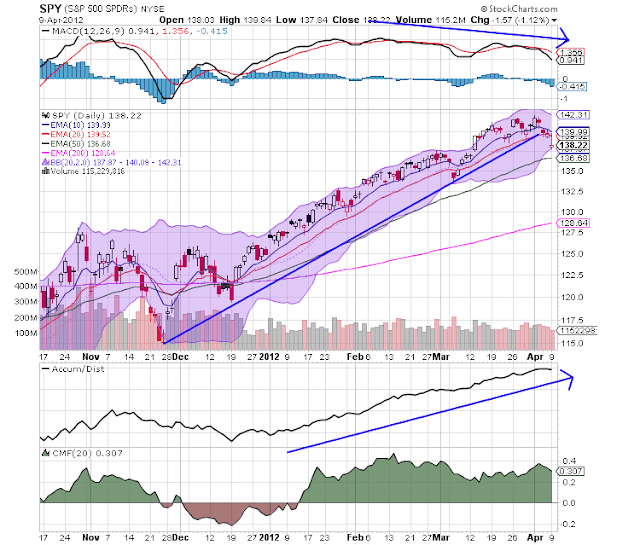 The big news is that the SPYs broke trend.  This is very important development; traders will be looking at it and placing more and more sell orders. 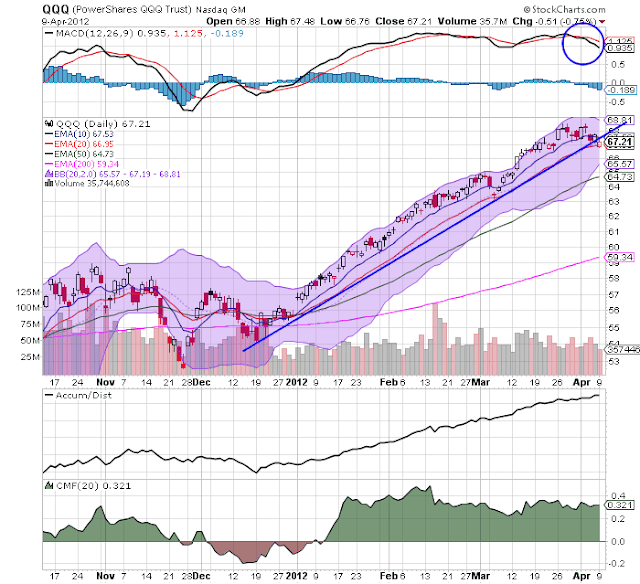 The QQQs also broke trend, although in a less severe way.  However, 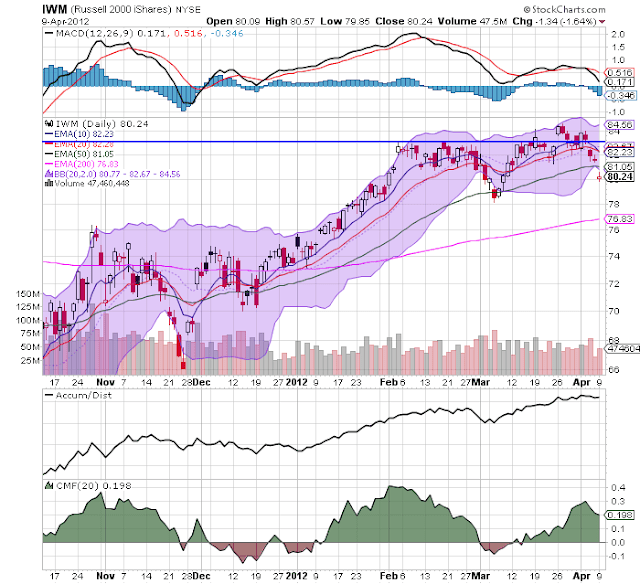 The IWMs never really broke through resistance in a convincing way.  They have also dropped a bit, which is not good for the market. 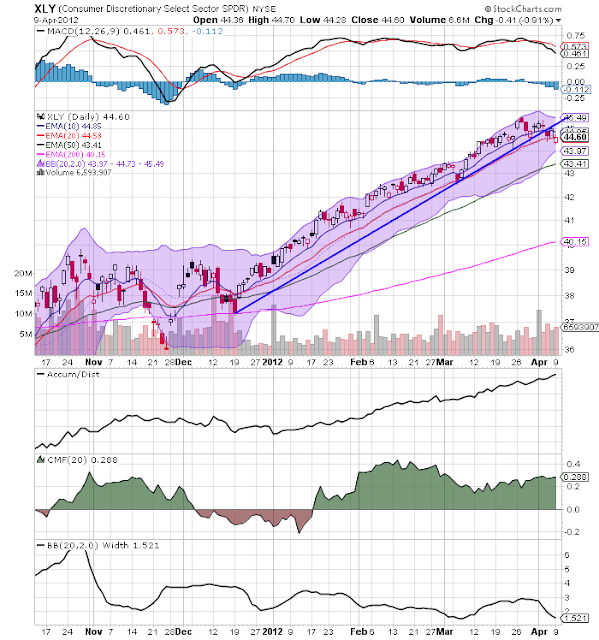 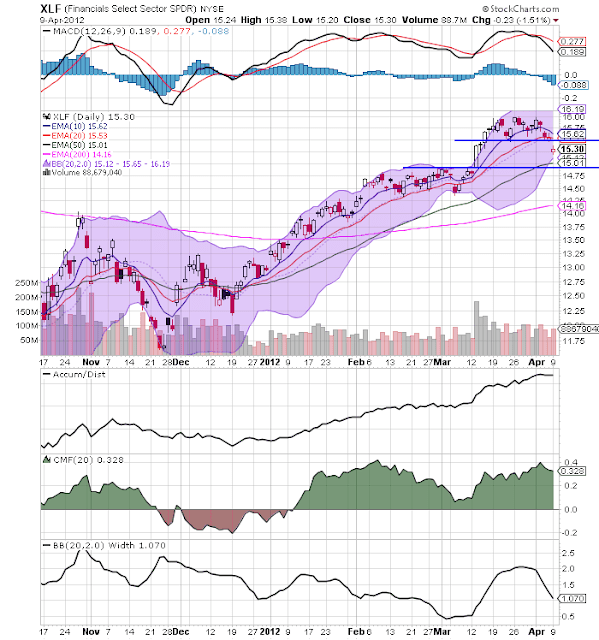 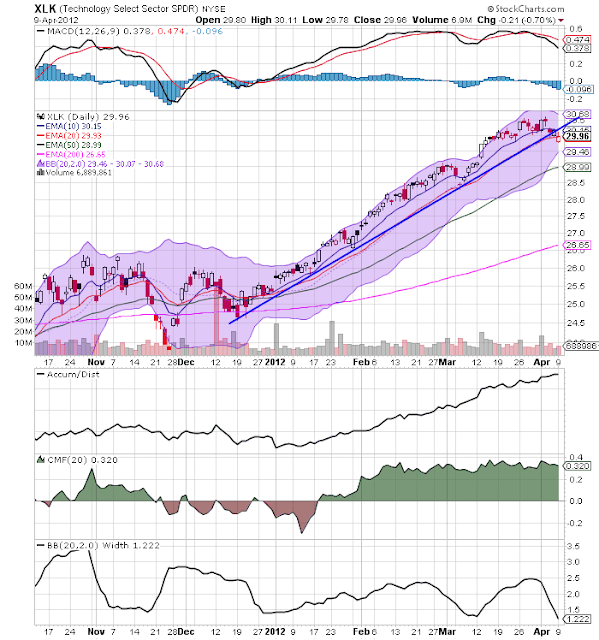 The above three charts show three of the largest market sectors that have contributed to the rally -- consumer discretionary, financials and technology.  Notice all three have also broken trend, adding to the overall weakness.

Now the question becomes, what next?  Well, first of all, the US is the only major market that was was in the middle of a rally.  The Asian and Australian markets were meandering sideways with a slightly lower bias, as I pointed out last week.  The BRICs are all all correcting as well (see here and here).  In short, this is less about the US correcting and more about the US "recoupling" with the other markets that are already correcting.