Let's start with a look at the overall level of unemployment: 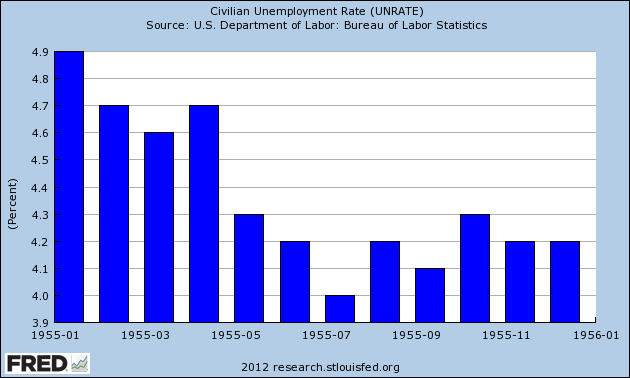 Remember that in the 1950s, the economy was operating at a very high capacity.  In addition, the economy as far less automated.  As a result, we see a very low unemployment rate -- dropping from 4.9% at the beginning of the year to 4.2% by year's end. 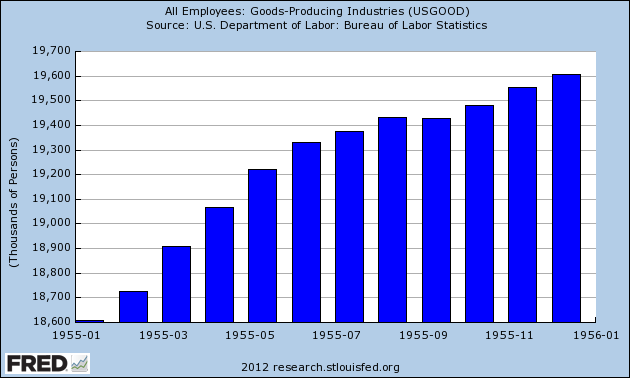 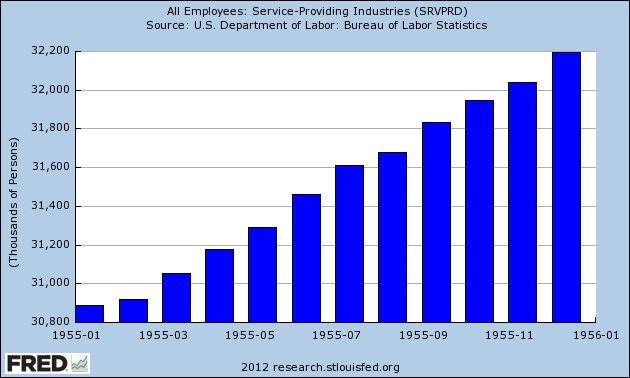 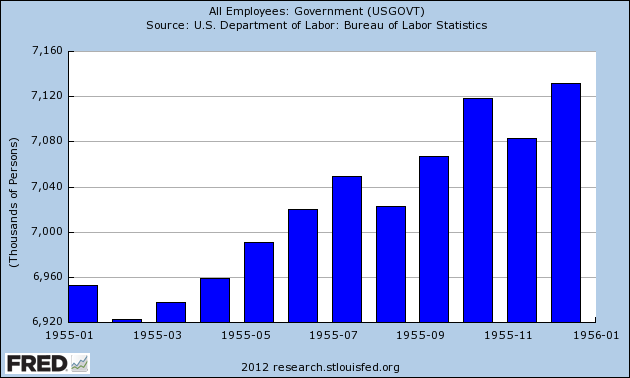 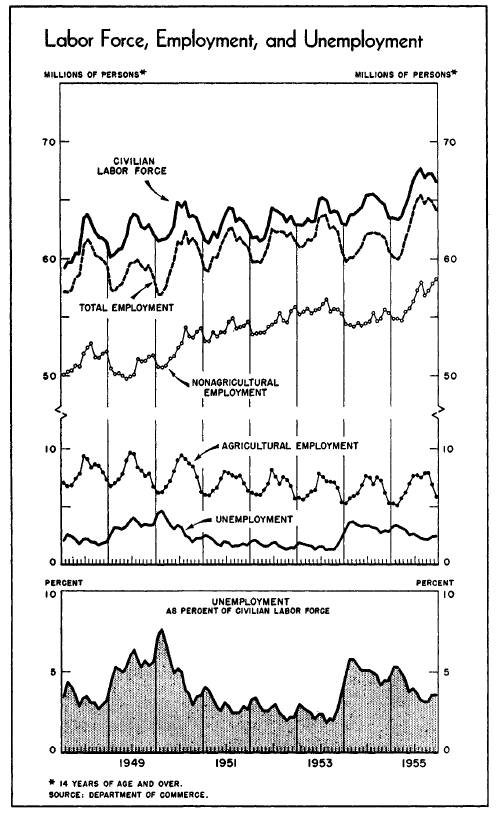 The above chart from the Economic Report to the President, shows a nice slice of population, employment and unemployment.

As for wages, the level of employment led to strong wage growth: 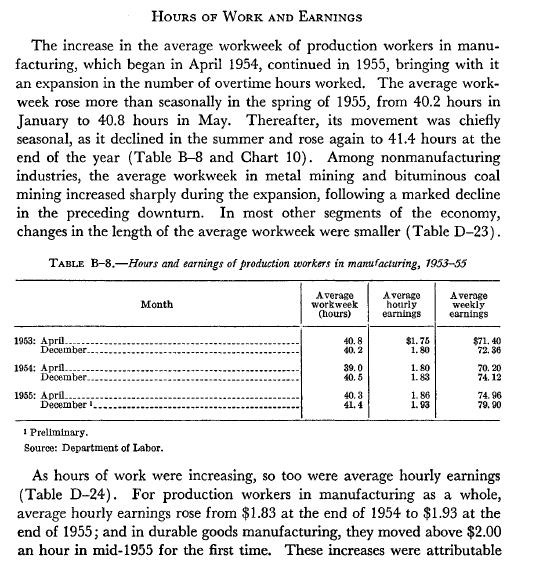 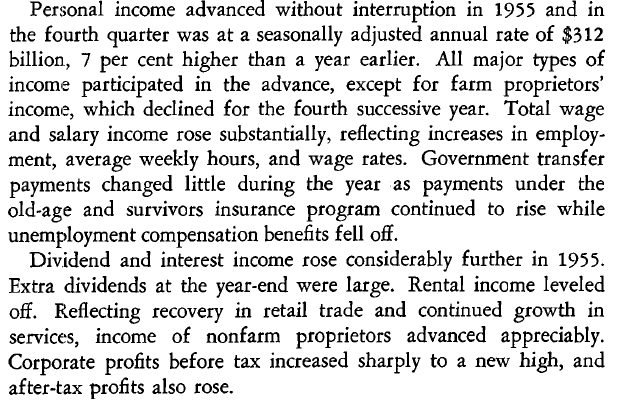 The chart below (from the ERP) graphically depicts hours worked and wages.