Can the US Drive World Growth? Pt. I Domestic Investment

Last week, I noted that the rest of the developed world is slowing down (see here, here, and here).   As we are still the largest economy in the world (the next largest country is China at about $5.8 trillion in size), our ability to drive growth clearly exists.  The question is, "can we?"

First, let's look at where we've growth in this expansion by looking at the individual sub-parts of GDP. 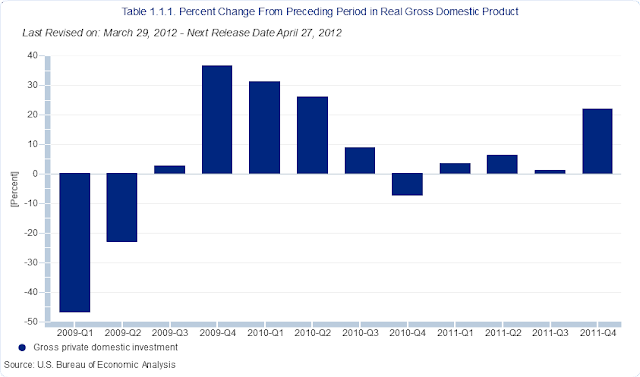 The above chart shows gross private domestic investment.  This was important coming out of the recession (largely because of inventory adjustments).  The rate of growth died down a bit, but it returned last quarter.  Let's look at the sub-parts of this data. 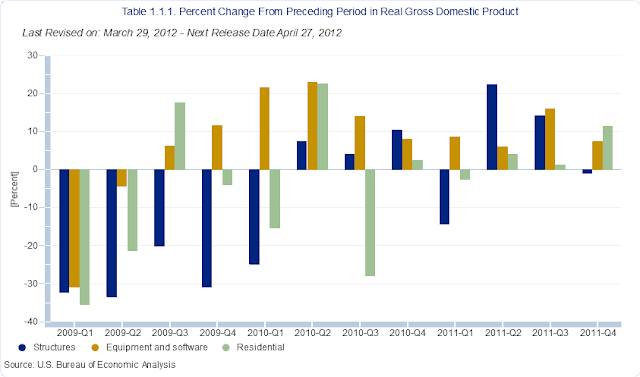 The real stand-out in this data is the investment in equipment and software (the gold line) which was very strong in 2009, and somewhat weaker in 2010 and 2011, but still good.  The blue line represents commercial real estate,.  We're seen two good quarters of growth over the last four; before that (2010) we still see some increases.  And then there is residential real estate, which has been pretty weak for most of the expansion.  However, last quarter, we see a nice bump.

So -- can investment help us grow this year?

To get an idea for equipment and software investment, let's look at a couple of indicators. 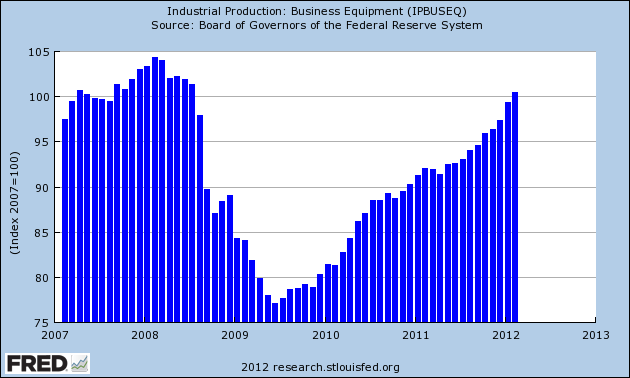 Industrial production for business equipment has rebounded nicely and is now at pre-recession levels.  Also note that growth has picked-up over the last few quarters, indicating an increase in activity. 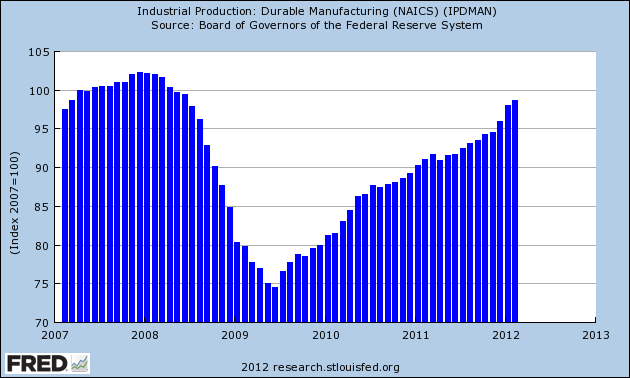 The above chart is for the industrial production of durables manufacturing,  By definition, this will also include autos, which are largely a consumer good (although don't forget the importance of light and heavy trucks for business).  However, this figure also includes heavy machinery.  This figure is also rising, indicating increased production.  We can safely assume that some of that increase (for the sake of argument, say 30%-40%) is caused by increased business investment. 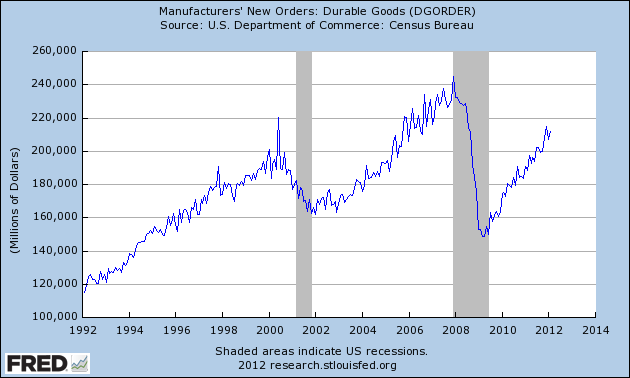 Durable goods orders continue to move higher.  Notice this data series is now higher than at its height in the late 1990s expansion and is approaching levels seen at the top of the last recession.  In short, businesses are still ordering long-lasting goods, which should help overall investment. 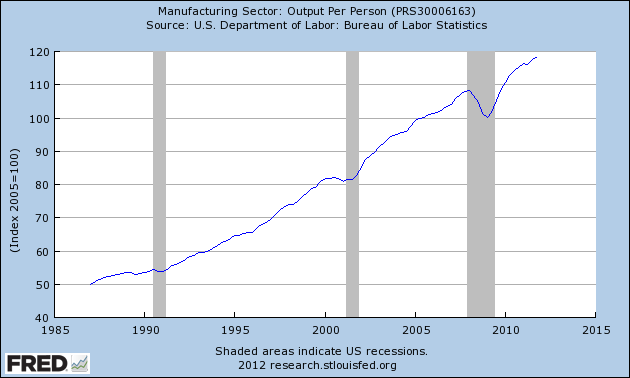 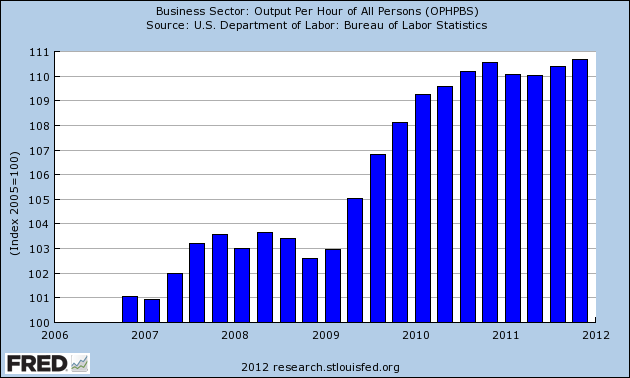 The top chart shows that output per hour in the manufacturing sector is still growing.  This tells us that the impetus for investment is probably a bit low.  However, in the business sector, we've seen a near stalling of hourly output, telling us the need for continued overall investment. 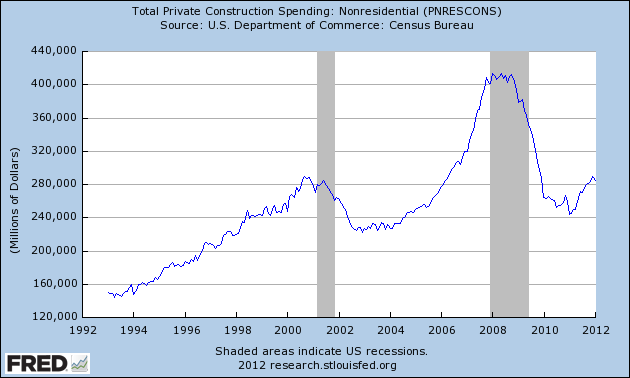 The above chart shows total non-residential construction spending.  The big problem with this chart is the pre-recession surge, which indicates we probably still have a glut of various facilities.  While we an increase over the last half year, overall activity is still pretty low.  And with the pre-recession surge still fairly close from a historical proximity perspective, it's doubtful we're going to see this pick-up sharpy soon.

The above charts tell us that we can expect a continued increase in investment.  Durables goods orders are still increasing.  Industrial production for heavier goods continues to increase, indicating continued demand.  Business output has stalled, indicating the continued need for investment.  However, CRE appears to be overbuilt at this point.