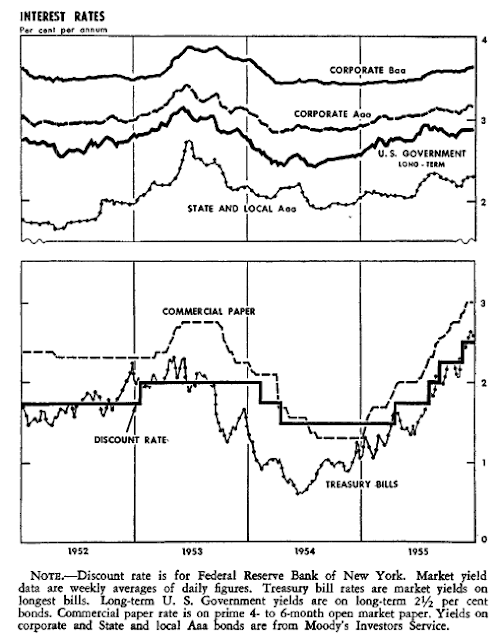 Remember that during 1955,  the economy was growing at very strong rates.  As the economy expanded, businesses increased their borrowings.  In addition, as the economy expanded, the Fed became more and more concerned with inflation.  This is the reason for the increase in the discount rate during the year.  Consider the following excerpts from various rate decisions by the Fed:

However, prices were in fact pretty contained: 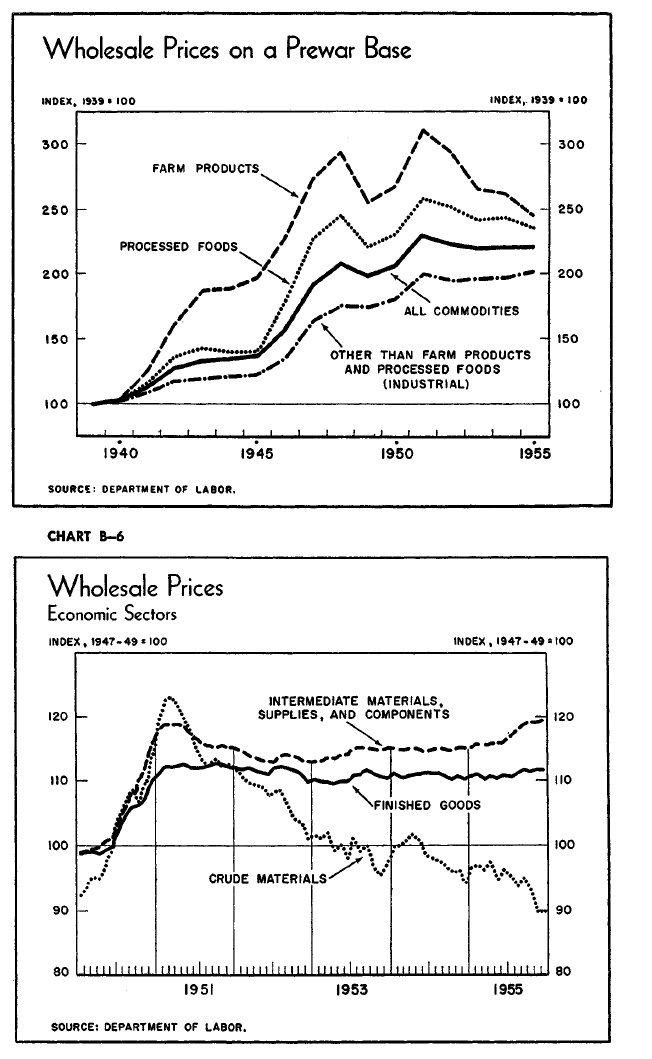 The bottom whole sale price chart shows that crude goods were decreasing in price.  The real price pressure was coming at the intermediate price level, but producers were able to absorb that cost, as evidenced by the slow rise of finished goods prices.  The top chart shows that food prices were dropping sharply, while other prices were moving higher. 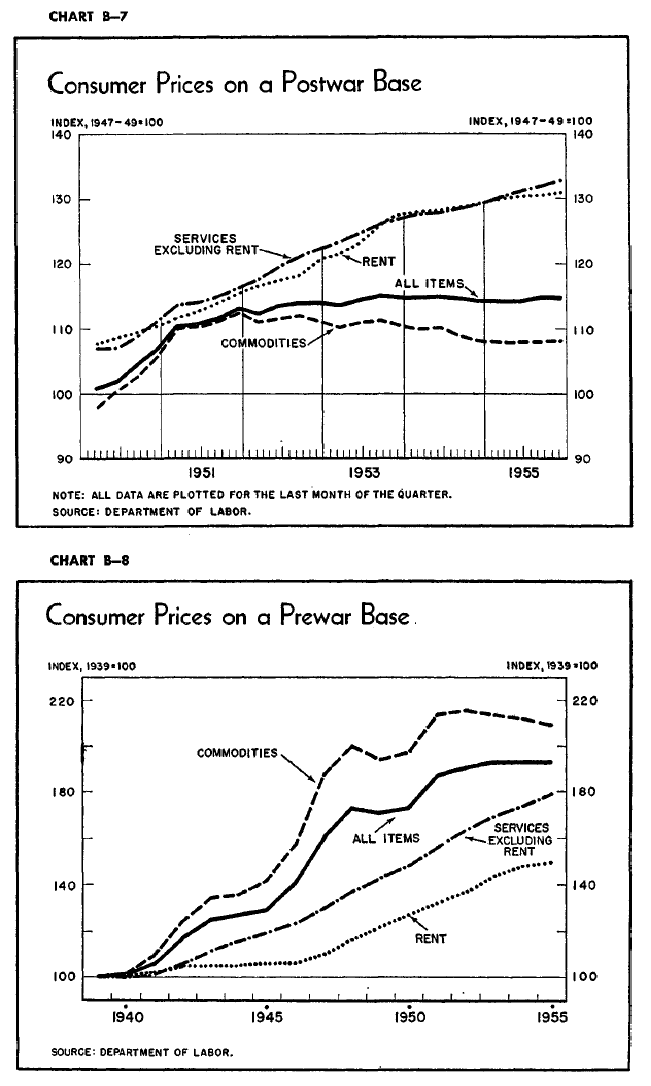 Consumer prices were also pretty contained.  The primary area where we see an increase are in services, which is to be expected; this year -- and this decade -- saw a tremendous increase in service usage on the part of consumers.  As the US started to form households, they purchased more and more goods such as dry cleaners, yard services etc....
Posted by Unknown at 2:00:00 PM