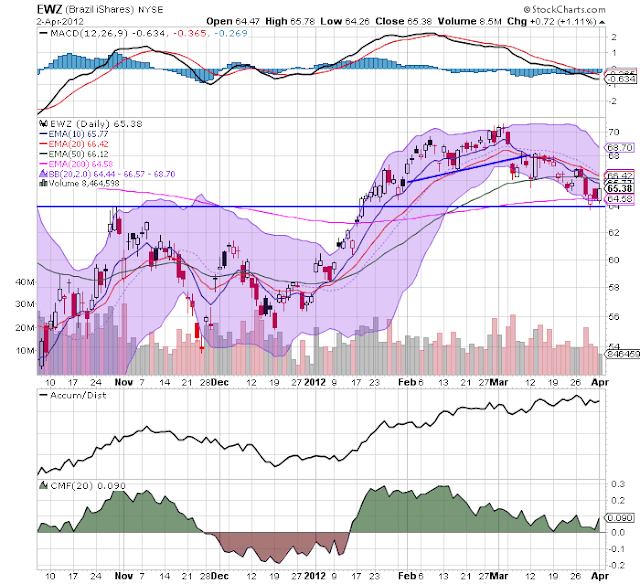 The Brazilan market ETF hit the 70 price level at the beginning of March, but has been moving lower since.  Prices are now in the 65.5 area (about 8% lower), and are right above support established in late October.  Momentum is declining, as are the shorter EMAs.  Prices are also right at the 200 day EMA. 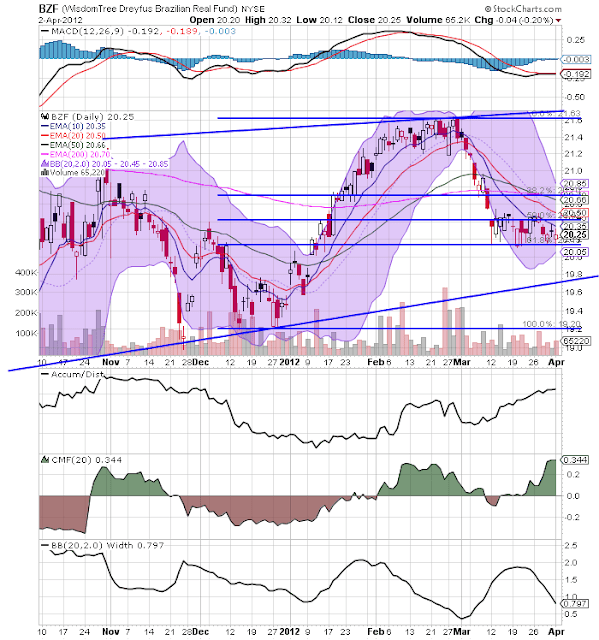 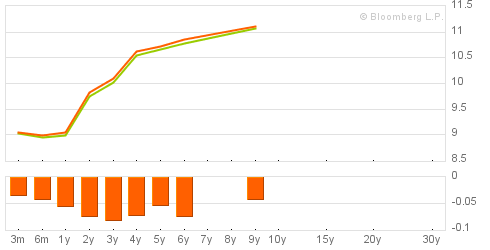 The Brazilian yield curve is still pretty steep -- there's about a 200 basis point differential between the short and long end.  There is a very slight inversion at the short end of the curve -- the 3 month is 9.19 and the six month is 9.03.  Also remember the Brazilian Central Bank has been dropping interest rates: 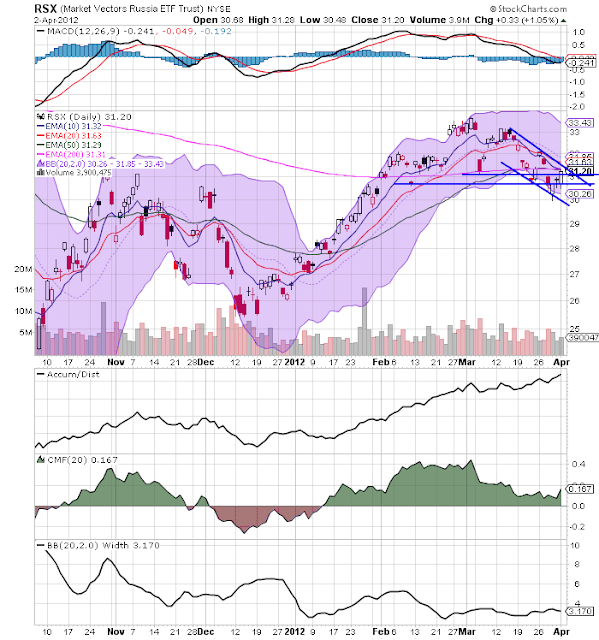 The Russian market is in a very similar situation.  After hitting a high just above 33, prices have been drifting lower and are currently at 31.28 -- a drop of about 5%.  The big issue with this chart is that prices are right at the 200 day EMA with declining momentum but rising volume stats. The Indian market is in the middle of a downward sloping pennant pattern which is consolidating prices. Prices have moved from the 62 level to 57.51 -- a drop of about 7.25%.  Prices are also right below the 200 day EMA and the shorter EMAs are dropping.  On the good side, the MACD is about to give a buy signal and the volume indicators are rising. 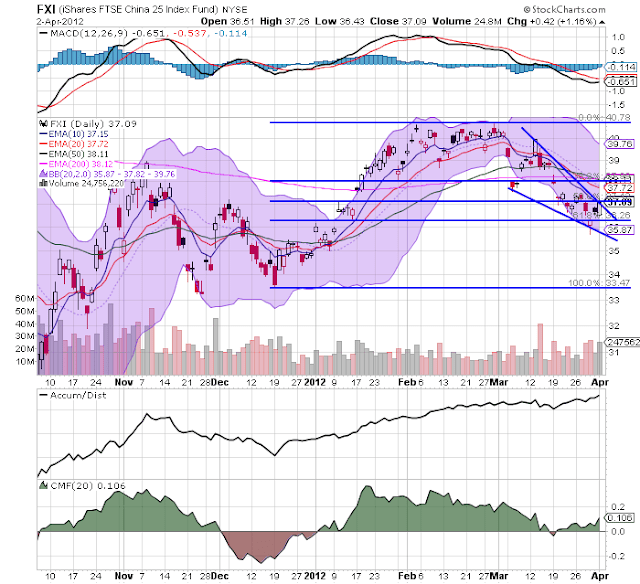 The Chinese market is consolidating in a downward sloping pennant pattern, much like the Indian market.  After rising to just shy of the 41 price level, prices have retreated to 37.09 -- a drop of nearly 10%.  The MACD is declining and the A/D and CMF are rising.

The BRICs are all moving lower.  No one is crashing; but traders are clearly at minimum taking profits from recent rallies and reassessing their respective opinions about these markets.