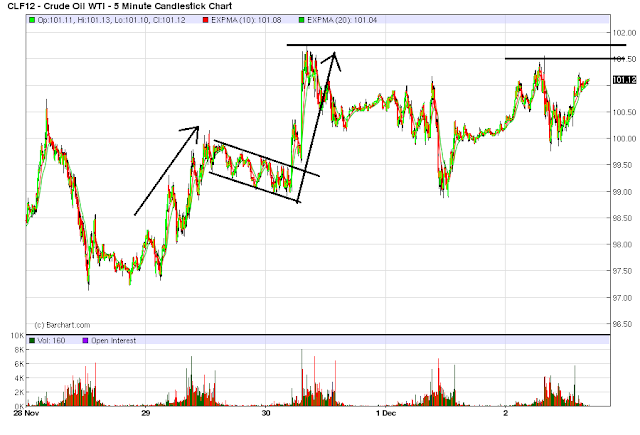 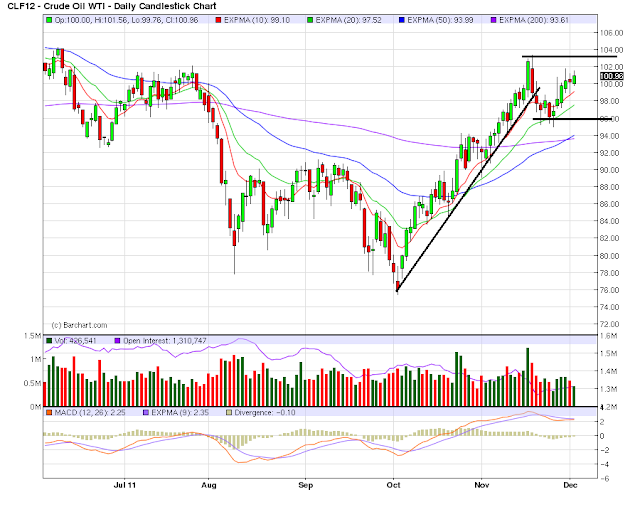 On the daily chart, we see the EMAs printing a very bullish outlook, but prices are still between two important levels, indicating we'll probably see consolidation for the next few weeks as traders get a better idea for the overall macro-level economic direction.

Pulling the lens back, we see the dollar was clearly in a downtrend and head and shoulders formation for 2010.  The downtrend was caused by the Fed's 0% interest rate policy and massive fiscal stimulus.  However, for the last few months, the dollar has benefited from being the "least dirty shirt in the hamper" -- especially in relation to the euro.  As such, we're seeing prices consolidate at the bottom of the downward trend.  There are two important lower levels to keep in mind -- 21 (which is right below the current lower trend line) and the lower trend line itself.

The above chart is a six day chart of the SPYs.  Prices gapped higher on Monday, consolidated for two days, then gapped higher on Wednesday due to the coordinated central bank move.  However, Prices did not move higher on Friday in response to the employment report.  Some of that may be due to the strong rally prices saw all week.   But, there were some very good points to the employment report which were economic positives.