With the exception of only one other week, yesterday's report of 381,000 initial jobless claims was the lowest in more than 3 years. While it is certainly reason for some optimism, keep in mind that with this week we have entered the period where the biggest seasonal adjustments have to be made to the raw initial claims number. As this graph of seasonally adjusted initial claims (blue) vs. unadjusted claims (red) shows, sometimes the seasonal adjustment can "overshoot" slightly (2007, 2008, 2009) and sometimes it appears on target (2010): 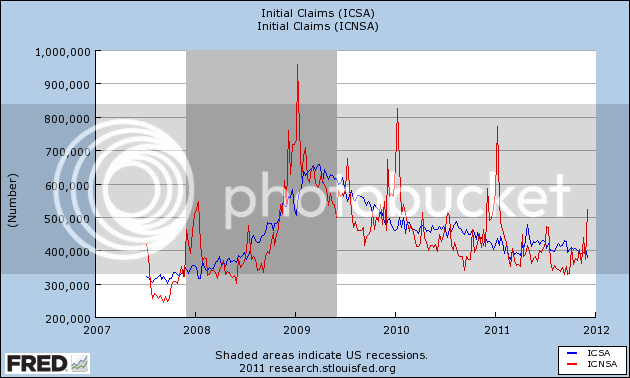 The large drop -- over 20,000 -- this week makes me suspect there may be a little bit of an overshoot at work.