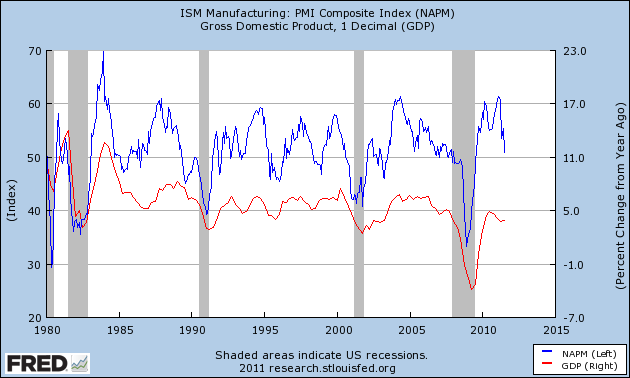 Yesterday, I wrote about the latest ISM manufacturing report.  The above chart shows why I think this is an important data series.  I've compared the ISM monthly index to the year over year percentage change in GDP.  Notice that the data series follow each other pretty closely.  It's not an exact match, but there is some similarity. 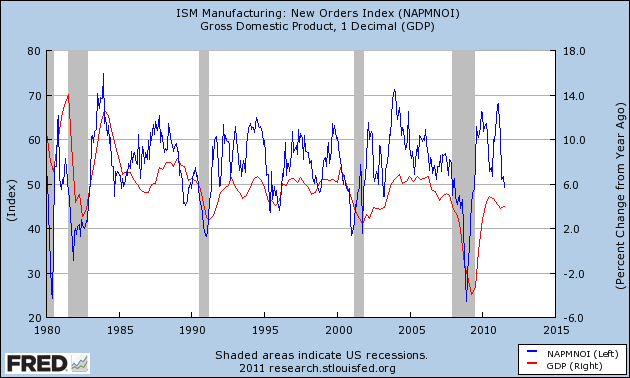 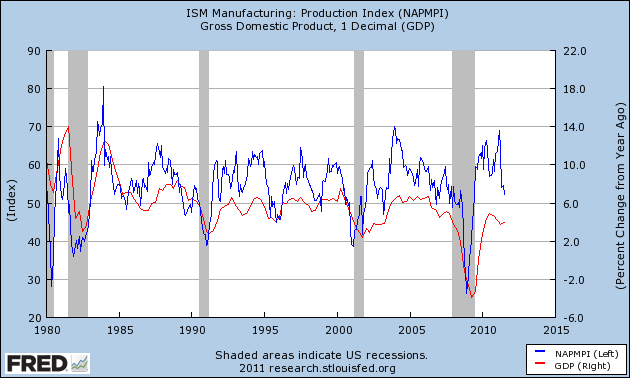 The above chart is the ISM's production index relative to YOY GDP.  Again, we see a general correlation.

The above charts indicate that the ISM is a decent, coincident indicator of GDP.