Price action yesterday was pretty straightforward: prices rose a bit in the early morning (a) then traded ins a very tight range for most of the day (b) before falling a bit at the end of trading (c).

The dollar continued higher (a), although prices today hugged the trend line very tightly (b). 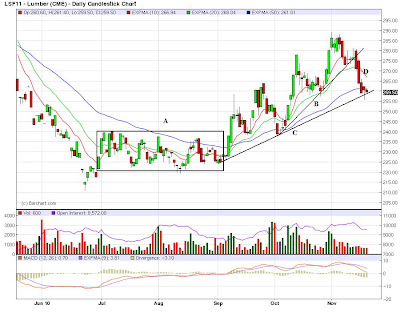 After consolidating in a tight range (A), lumber has rallied a bit. Notice there are two uptrends: a shorter one (B) which prices have already violated and a longer one (C) which is currently acting as support for prices. Also note the shorter EMAs are starting to move lower (D) 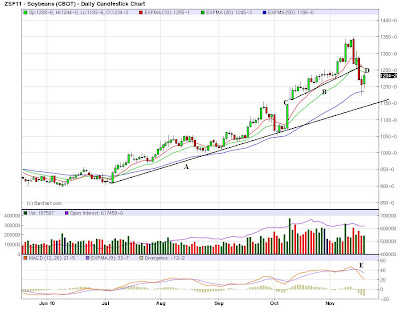 Soy beans also have several uptrends. The longer one (A) is still firmly intact, but the second one (B) has been broken (D). Also note the MACD has given a sell signal.