Regarding the Deficit Commission's Report

Neither NDD nor I liked the report issued by the deficit reduction committee. I commented that it was premised on a faulty idea: tax simplification. NDD also noted this had been done before. He also noted the structure proposed would lead to Social Security's further being a target of cutting because of its overall structure.

However, there are a few points that do need to be made. First, the budget does need to come under far more control. Consider the following two charts: 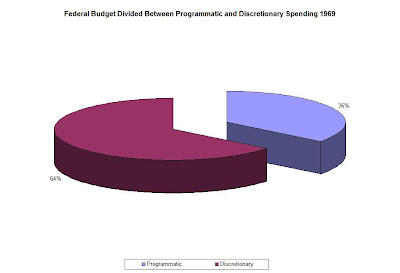 In 1969, non-discretionary spending accounted for 36% of federal outlays. 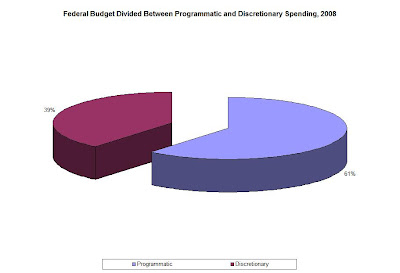 Now that number is 61%. In other words, the percentage of the Federal Budget that we have control over is shrinking pretty quickly. This is the primary reason we have to do something.

But -- the problem is medical spending. 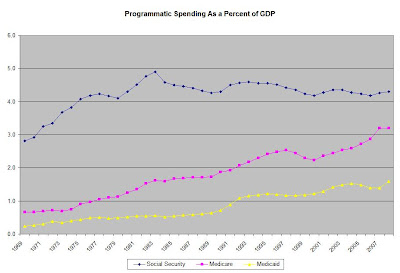 Above is a chart showing the percentages of non-discretionary spending (programmatic spending) as a percentage of GDP. Social Security has been remarkably stable, coming at at between 4% and 5% since 1979. The real culprit is medical spending; medicare has increase from under 1% of GDP in 1969 to over 3% in 2008; over the same period, medicaid has increased from .2% to 1.6%. And medical costs are the real issue going forward. Consider this chart from the CBO:

Now, the real issue here is medical pricing and economics is screwy. Have you ever seen a hospital bill? How do they come up with the prices they charge? In every other area of economics, I can tell you how to get a price; not with medical costs. Simply put, medical economics are a complete mystery.

Kevin Drum first noted and his analysis is right on the mark. Medical expenses have to be dealt with in a serious way.
Posted by Unknown at 8:30:00 AM