Is the Threat of Deflation Past?

The gold headline is particularly interesting as it is often used a a hedge against inflation. Now, part of the recent rise is the "uncertainty" trade (or maybe I should call it the Glen Beck trade). However, gold is considered a fundamental store of value and inflation hedge as well. 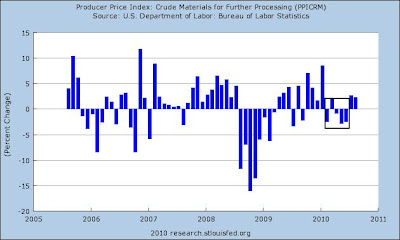 PPI for crude goods printed a series of negative month to month decreases earlier this year. But, the last two months have seen some large increases. 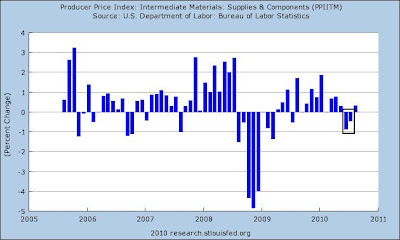 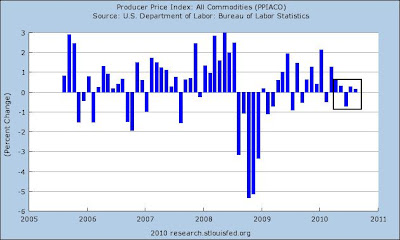 Overall PPI has printed some low month to month increases the last 5 months, with one month printed a negative number. 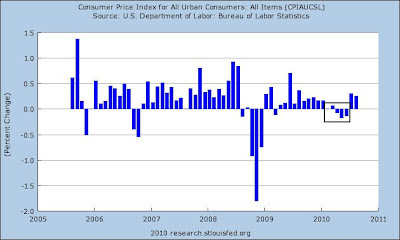 CPI printed some very low numbers (and even went negative) for most of 2010. But the number has printed strong increases the last two months.

I don't think we're out of the woods yet. But the last few months of PPI and CPI data are very encouraging. In addition, we continue to see commodities increase. Finally, with the dollar moving lower, further commodity increases (or at least price stagnation at current levels) is high. Short version: another few months like this and we will be out of the woods.
Posted by Unknown at 11:30:00 AM