A Closer Look at Gold

From the US Geological Survey:

Gold has been treasured since ancient times for its beauty and permanence. Most of the gold that is fabricated today goes into the manufacture of jewelry. However, because of its superior electrical conductivity and resistance to corrosion and other desirable combinations of physical and chemical properties, gold also emerged in the late 20th century as an essential industrial metal. Gold performs critical functions in computers, communications equipment, spacecraft, jet aircraft engines, and a host of other products. Although gold is important to industry and the arts, it also retains a unique status among all commodities as a long-term store of value. Until recent times, it was considered essentially a monetary metal, and most of the bullion produced each year went into the vaults of government treasuries or central banks.

According to the World Gold Council, here are the demand statistics for gold:

Let's take a look at some of the basics, also from the World Gold Council: 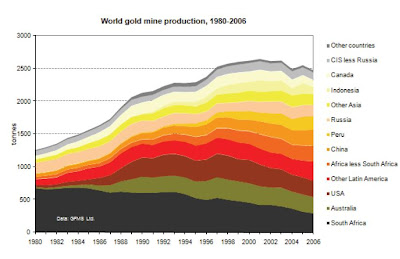 Notice that gold -- unlike copper -- is found in many parts of the world. 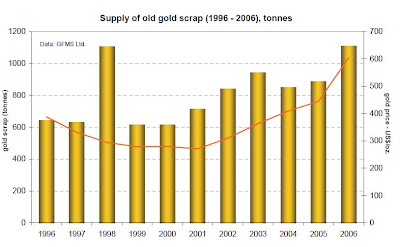 Also note that the use of scrap gold as a source of supply has been increasing.

Also note that world output has been increasing for over a century.

Investment demand is the primary reason for the increase in gold demand over the past few years. 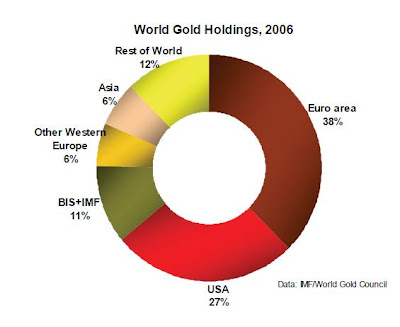 And finally is a chart of total world gold holdigns.

Let's take a look at the charts: 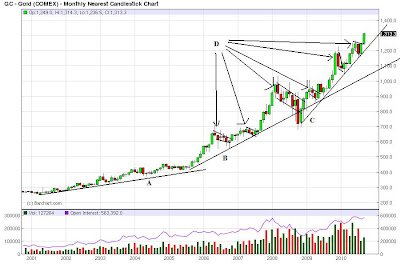 The long-term chart is a massive rally. Notice there are three uptrend support lines (A, B and C) and there have also been counter-rallies that consolidated gains (D). 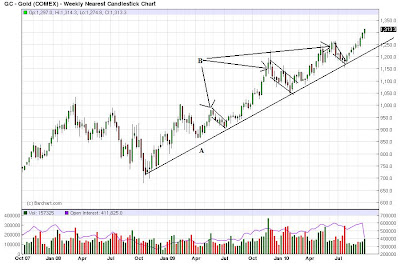 On the weekly chart, there is also a strong uptrend (A) that has solid, counter-trend consolidation patterns (B). 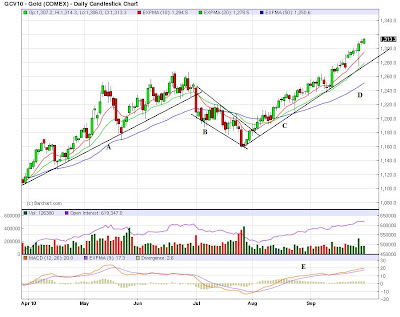 In the last 6 months we have a standard advance (A), consolidation (B) and advance (C). Notice the EMA are very bullish and the MACD indicates there is plenty of momentum (E).
Posted by Unknown at 9:30:00 AM