Let's take a look at the macro charts: 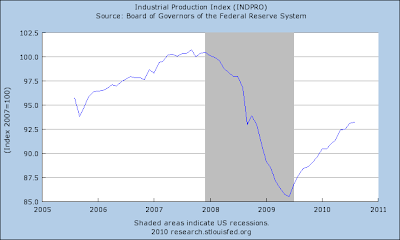 Overall industrial production continues its rebounds, as does 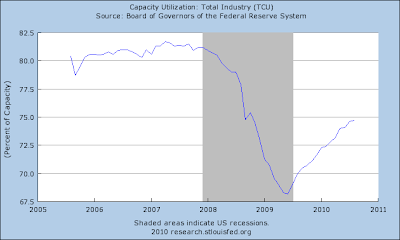 Let's look at the market groups in more detail 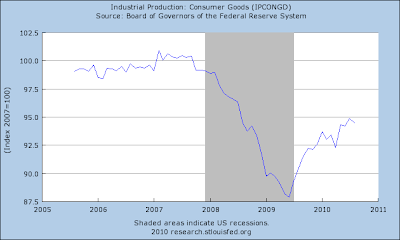 Overall consumer goods were down .4% because of a drop in auto production. 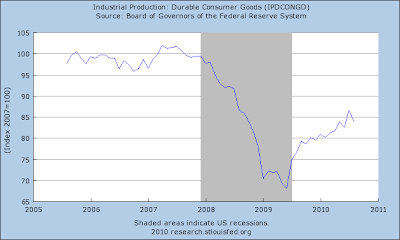 The chart above shows the drop in durable consumer goods. However, also note the longer trend up. 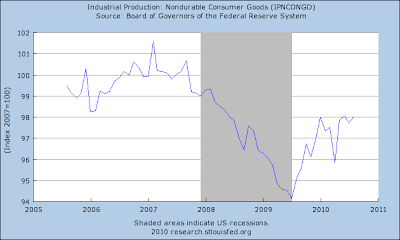 Non-durables also increased, but they are at stalling a bit, having been at the same level for the last few months. 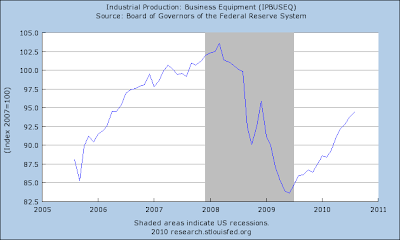 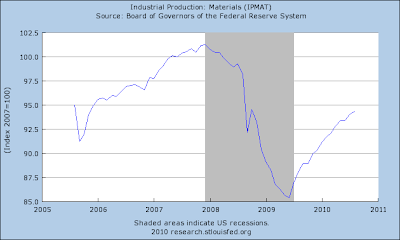 Materials production continues to increase, but largely because of 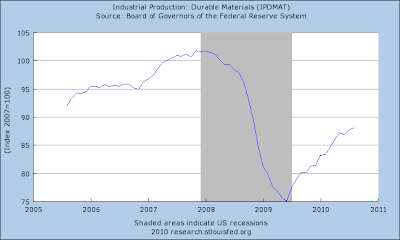 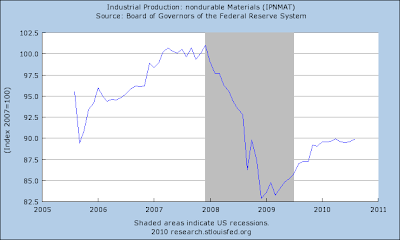 Non-durables materials production has been stagnant for most of the year.

In short, this area of the economy looks to be in decent shape.
Posted by Unknown at 9:00:00 AM