Here's a chart of the last four quarters of GDP: 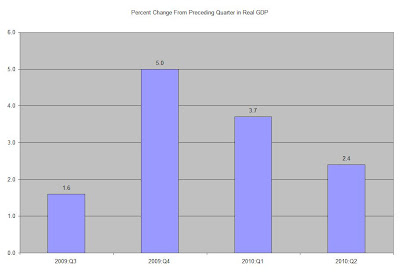 Notice this is the fourth quarter where the US economy has had positive quarter to quarter growth. 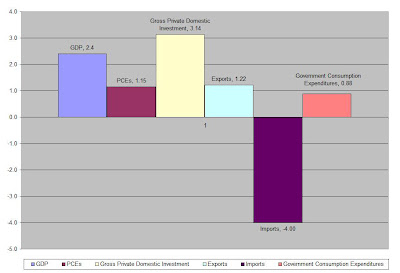 Above is a chart of the percent contributions to the percentage change in GDP. Notice the growth is spread out across different categories -- PCEs, investment and exports all contributed.

We'll be looking at this report in more detail throughout the day, but suffice it to say, this is a decent report.
Posted by Unknown at 7:45:00 AM