A comment I heard several times from "Leave" proponents is that the United Kingdom has fifth-largest economy in the world, and even outside the EU, it will remain an important player in the global economy. This argument strikes me as whistling in the dark. Yes, if GDP across countries is compared at market exchange rates, the United Kingdom ranks fifth (after the US, China, Japan, and Germany). But world GDP isn't a race, where finishing 5th of the 195 economies where the World Bank estimates a GDP level gives you a prize. Absolute size matters, and the UK is only about 3.8% of the global economy by size. In other words, if countries don't want to deal with the UK for whatever reason, there are lots of other options out there. If one compares GDP across countries using "purchasing power parity" exchange rates, then the UK ranks only 10th in the world, and is 2.4% of the total world economy. One of the main economic justifications for the EU is that with an internal market of more than 500 million people, and with a total GDP exceeding either the US or China (at market exchange rates), members will be better-positioned both to trade within the group and to be part of better deals negotiated outside the group.

All this uncertainty has contributed to a form of economic post-traumatic stress disorder amongst households and businesses, as well as in financial markets – that is, a heightened sensitivity to downside tail risks, a growing caution about the future, and an aversion to assets or irreversible decisions that may be exposed to future ‘disaster risk’.7

There may be an affect heuristic at work. Put simply, long after the original trigger becomes remote, perceptions endure. They become embedded in economic narratives and their salience persistently affects risk perceptions and economic behaviour.

This point is not trivial. Research has shown that people who have experienced low returns throughout their lives, like the ‘Depression Babies’ of the 1930s, report lower willingness to take financial risk, are less likely to participate in the stock market, invest a lower fraction of their assets in equities, and are more pessimistic about future returns.8

UK May Not Trigger Article 50 Until This Year

Gove said he didn’t expect Article 50, which sets the exit process in motion, to be triggered this year.

The Yield Curve Continues to Narrow

The Pound is Probably Going Lower

5-year Chart of the Pound/Dollar 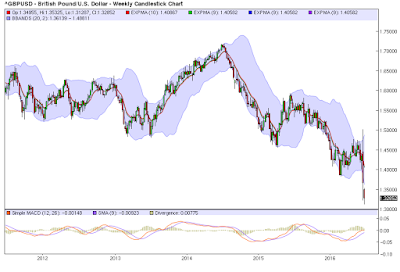 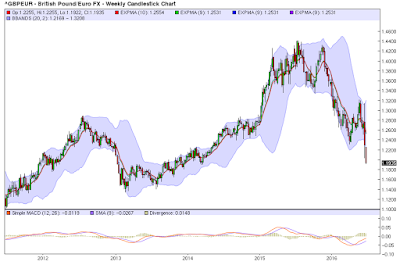