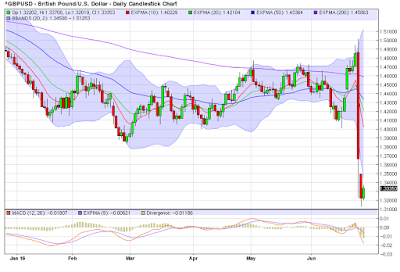 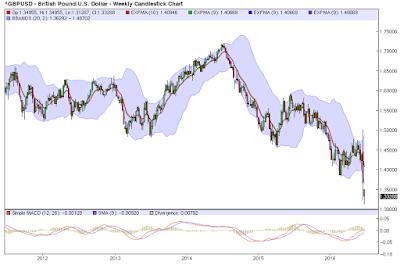 1-Year Daily Chart of the SPYs 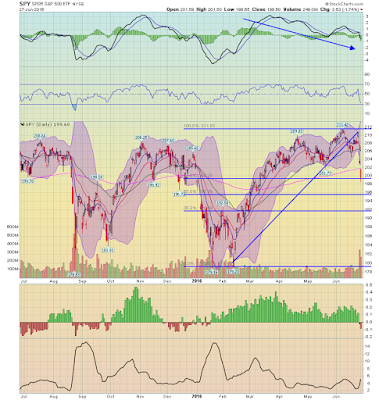 Prices have broken the uptrend started in February; they are now below the 200-day EMA and are resting on/near the first Fibonacci retracement level.  Volume over the last 2 days has been very heavy.  Momentum is declining.

1-Year Chart of the IEFs 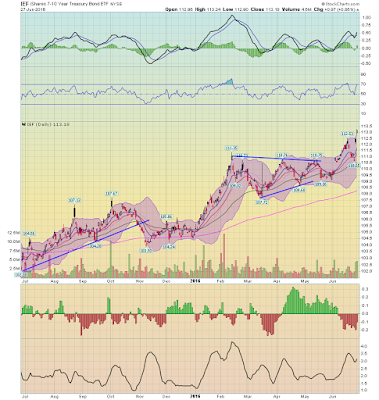 In contrast, treasuries are at their highest level in a year.

From Barry over at BB

However, there is a disconcerting trend that has gained strength: agnotology. It’s a term worth knowing, since it is going global. The word was coined by Stanford University professor Robert N. Proctor, who described it as “culturally constructed ignorance, created by special interest groups to create confusion and suppress the truth in a societally important issue.” It is especially useful to sow seeds of doubt in complex scientific issues by publicizing inaccurate or misleading data.

Culturally constructed ignorance played a major role in the Brexit vote, as we shall see after a bit of explanation.