In the last several years, I have written a number of posts documenting the stagnation in average and median wages, for example here and here.  Courtesy of the crash in gas prices and the decline in underemployment below 10%, there has been a change in the last 16 months.

We have a variety of economic data series to track both average and median wages:
All of these have now been updated through the fourth Quarter of 2015.  Let's take a look at them. 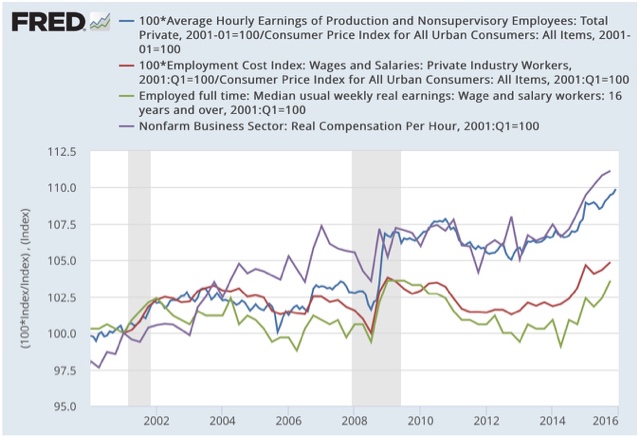 Here is the same information YoY: 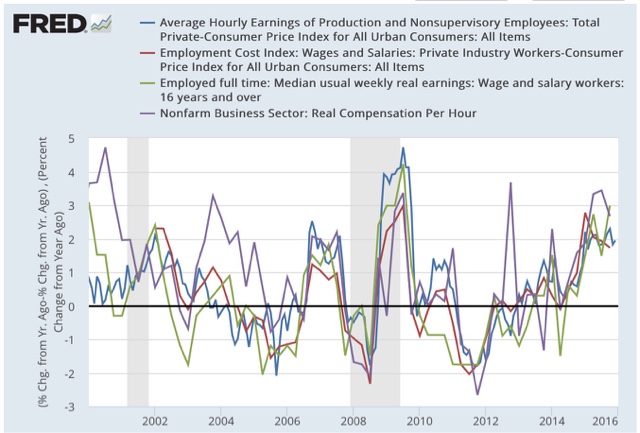 "Real usual weekly earnings" is now equal to its highest level since the beginning of the Millennium. The other three are at Millennium highs (as far back as two of them go).  Real average hourly earnings can be calculated back 60 years.  It is at a new 35 year high -- but still lags behind its high point in the early 1970s. And there has been an acceleration in growth in the last year. 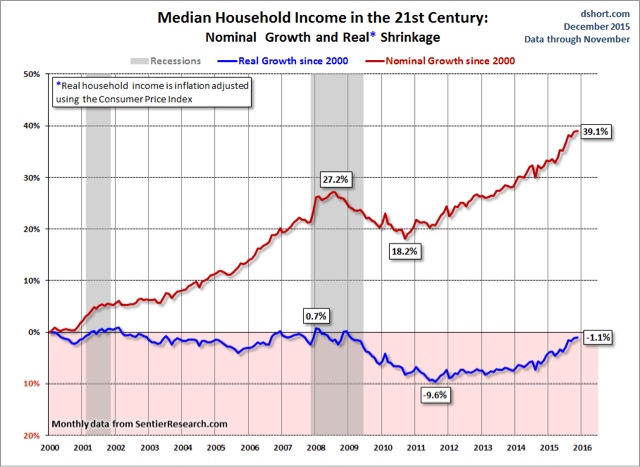 I don't want to oversell this improvement.  It is still not nearly good enough to have a viabrant middle class.  But it does represent a significant positive.
Posted by New Deal democrat at 8:30:00 AM