Last summer I wrote that the Labor Market Conditions Index, a measure based on 19 components which was just reported just barely up +0.4 for January, was a useful addition to the forecasting toolbox.

Sprecifically, it has a 40 year history of signaling a turn in the economy.  Here is the entire history of the index: 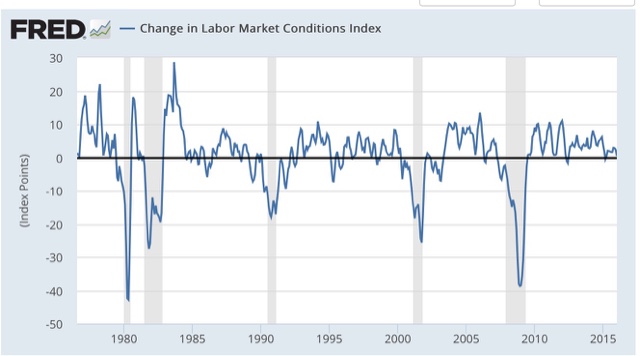 The index has with one exception (1981's double-dip) always failed to make a new high for at least 12 months before the next recession, sometimes much longer than that.  Further, it has always dropped below 0 and stayed negative for 6 months or somewhat more before the onset of the next recession. 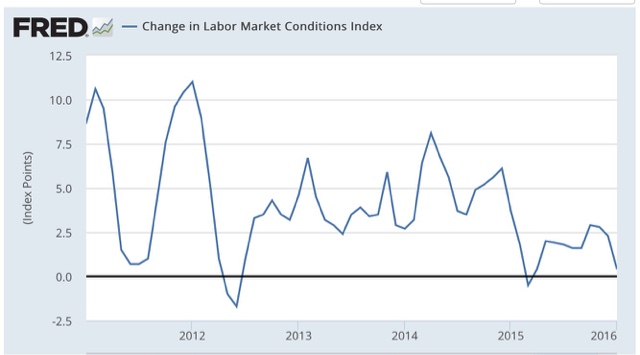 The Index appears to have made its cycle high at the beginning of 2012, with a secondary high in early 2014. But it has not turned negative.

Further, when the Index consistently leads the YoY% growth in jobs by 6 - 12 months, but YoY job growth (red) is a much  smoother measure: 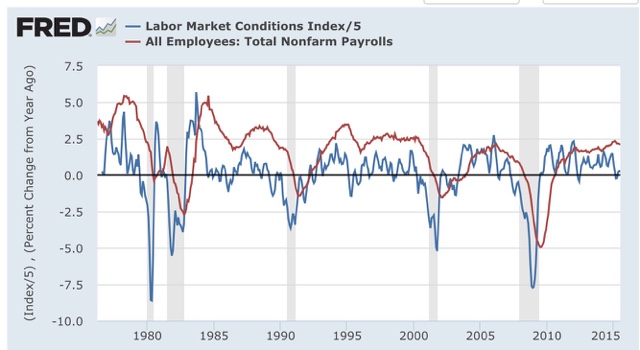 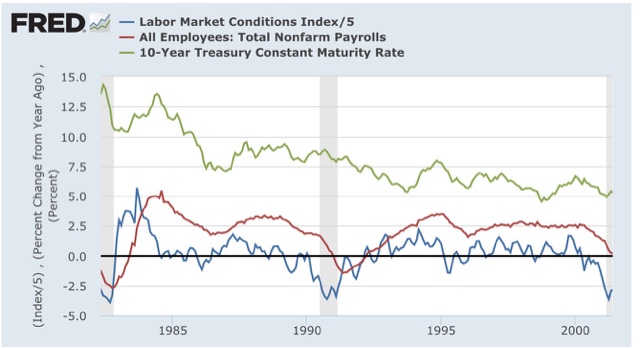 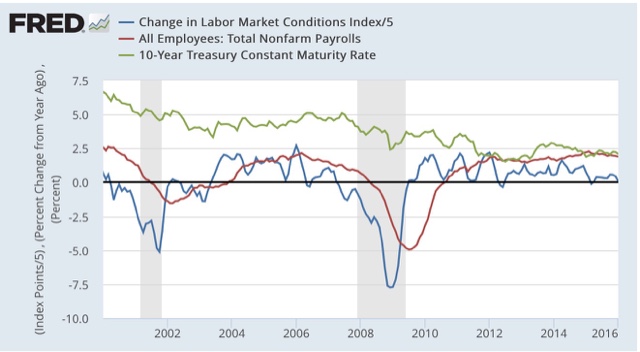 On the negative side, since the LMCI does lead the much smoother YoY growth in jobs, it strongly suggests that YoY payroll growth is going to decline over the next 6 months or so.

Six months ago I wrote that such a declien could "only happen if those payroll numbers generally come in under 225,000, and probably even below 200,000 through next winter."

So here is jobs growth for the last 12 months: 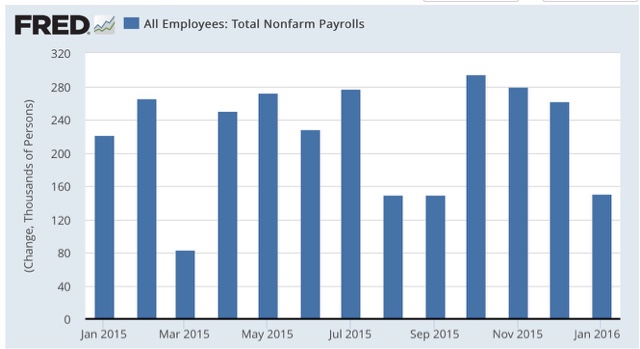 The LMCI forecasts that the decelerating trend in job growth will continue, which means I expect average jobs growth during the next 6 months to continue to average under 225,000.