This morning's retail sales report gives us confirmation that the consumer economy - about 70% of the entire US economy - is alright.

Not only was January a positive both including and excluding autos, but December was revised significantly higher, from -0.1% to +.2%.

Here is a graph for nominal (blue) and real (red) retail sales: 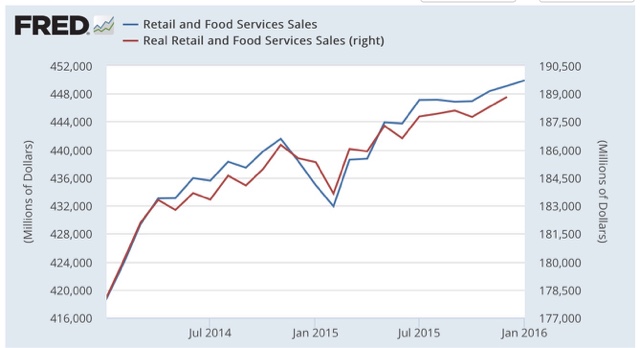 For what it's worth, YoY real retail sales for January will probably wind up near +2.5%: 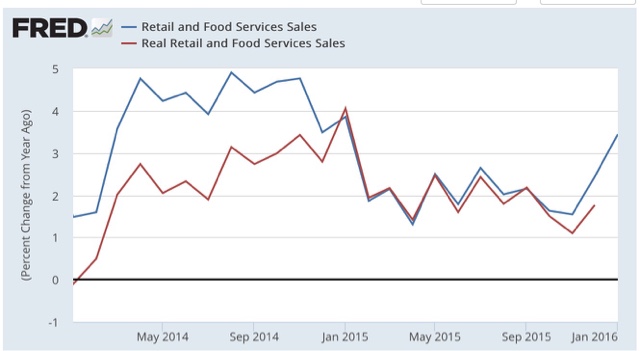 since last January's decline of -0.3% in retail sales falls out of the comparison: 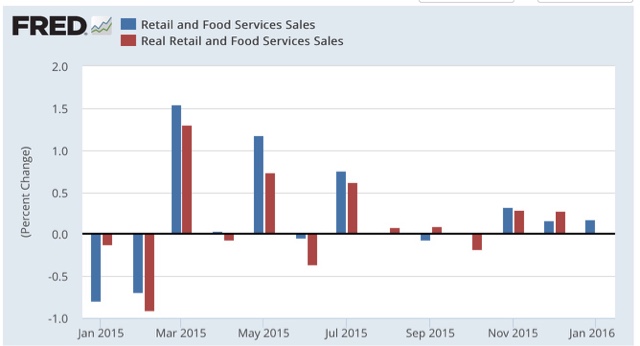 1..Workers/consumers have more jobs, and are making and spending more money.
2.  Producers of commodities, and utilities and transporters of commodities are experiencing a very intense downturn, that so far has not dragged down non-commodity industrial production at all.