President Enrique Peña Nieto will take a leaf out of the history books when he reveals a long-awaited energy reform this week that aims to attract private companies to invest in Mexican oilfields for the first time since they were nationalised 75 years ago.

According to the story, there is sufficient political support in the Mexican Congress for this.  But only time will tell if it actually goes through.  If it does, it will be one of the most important developments in the oil market over the last 50 years.

All  that being said, let's take a look at the Mexican ETF. 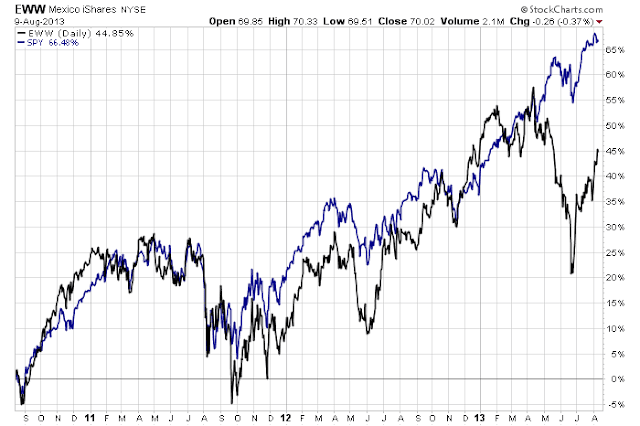 First, note the incredibly tight correlation with the SPYs over the last three years.  The reasons are obvious; US-Mexico trade is incredibly important for both economies and more or less syncs the two together in the broader sense. 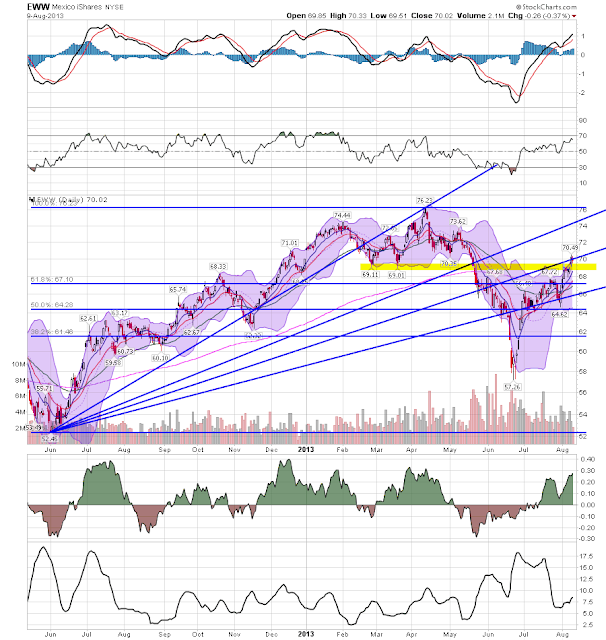 The Mexican ETF trade sideways for the first four and a half months of the year, trading between the upper 60s and lower 70s.  The market corrected in unison with the SPYs but at a far sharper rate.  Note in increase volume and the sharp move lower (the market moved almost 25% lower from peak to trough).  Now the market is moving higher; it has moved through all the EMAs, we see a general volume inflow and rising momentum.