Let's start by reviewing the data releases from last week.

The US trade deficit came in at a fairly narrow $34.2 billion.  While the deficit has been fairly consistent over the last few years: 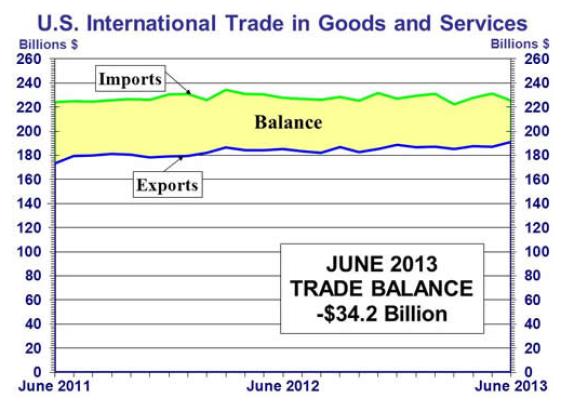 We should be concerned about the weak export performance over the last year and a half: 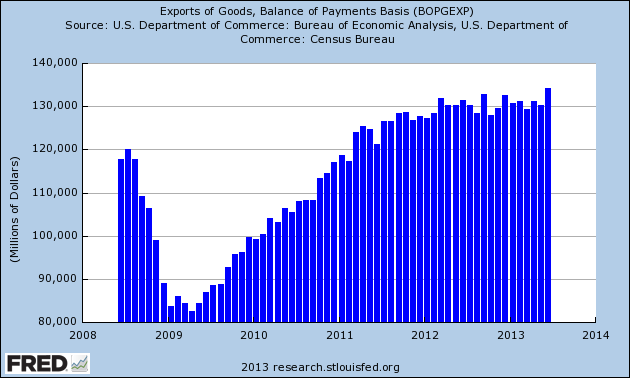 The JOLTs survey was released by the BLS, once again showing the labor market is weak.  Here's a key takeaways from the report:

Over the 12 months ending in June, the number of hires (not seasonally adjusted) was little changed for total nonfarm, total private, and government. The number of hires increased in information over the year but fell in durable goods manufacturing and in educational services. The hires level declined over the year in the Midwest. (See table 8.)

Let's turn to the markets 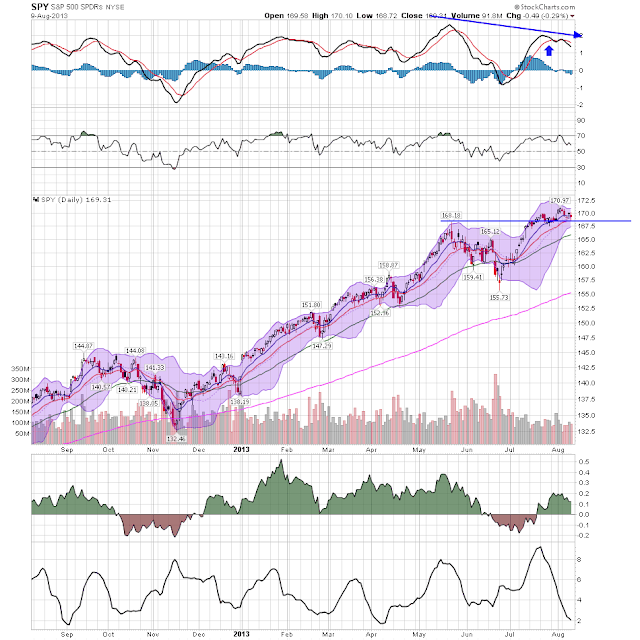 The SPYs have been trading in a range between 167 and 171 for the last two and a half weeks.  The real issue with this chart is the declining momentum reading, as shown by the lower MACD peaks that printed over the last three months.  Combine that with a very weak summer trading environment, and you have a recipe for stalling. 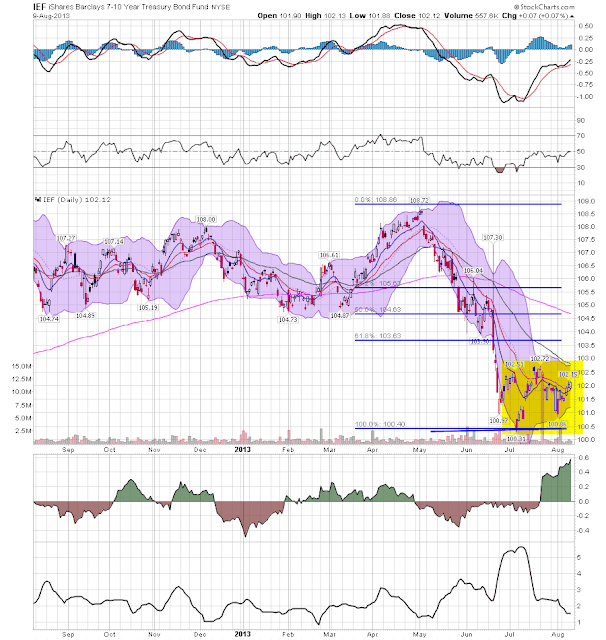 The IEFs are also trading in a range, however theirs is occurring between 100.0 and 103.  It appears the market is accepting this overall level as the natural post-Fed announcement trading range/interest rate level. 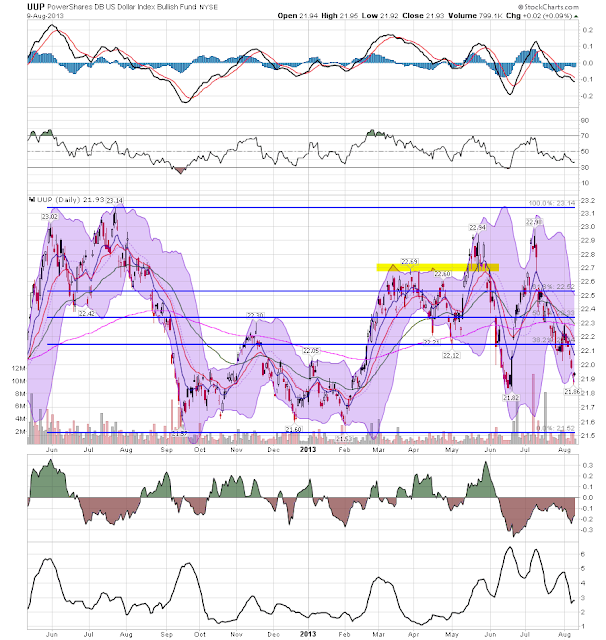 And the dollar continues to be range bound as well.

Look -- there's just not much happening in the market right now.  For the first August in a number of years, it seems as though everyone is actually taking a vacation.  There is little in the news to meaningfully sway the markets either way and barring a cataclysmic event, there probably won't be any major movement for the next few weeks.
Posted by Unknown at 6:00:00 AM