The central story of the last 10-20 years can be distilled down to the following story: emerging developing economies (EDEs) sell raw materials to China, who convert these materials into goods purchased by the US, Japan and EU.  First, let's take a look at these markets   First, let's look at how these regions are tied together. 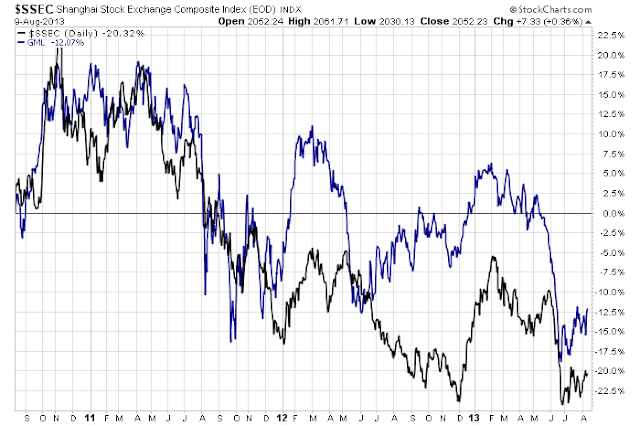 The above chart compares Latin American indices (represented by the GML ETF in blue) and the Chinese index.  While the two have not always traded in complete synch, we see a strong correlation in 2010-100 and 2013.  The reason is Latin American economies are raw materials exporters. 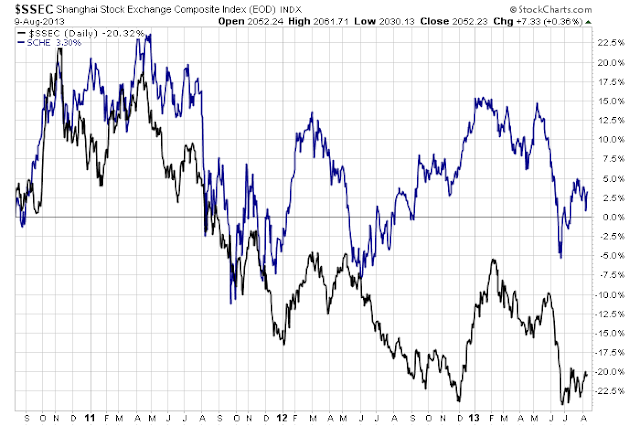 And we see a very similar relationship between the Chinese market (in black) and the emerging markets in general (in blue).   It's not always a strong relationship (see the really in blue in 2012 compared to the fall in China).  But there are periods of strong correlation.

Here's the basic problem, as shown on an IMF chart: 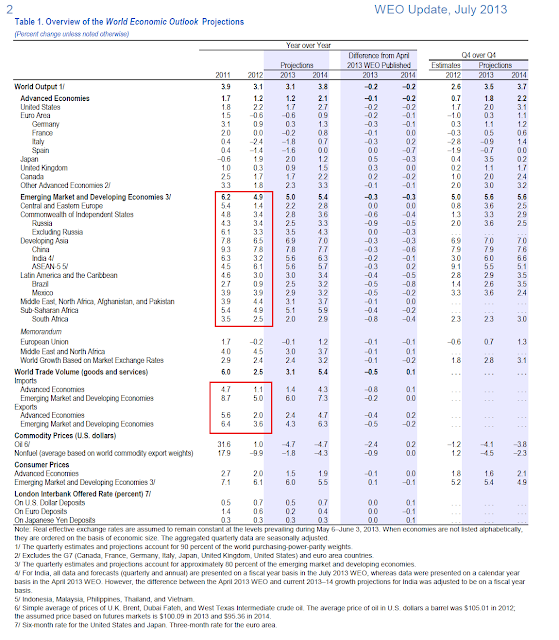 All of the emerging economies printed slower growth in 2012.  Also note the slowdown in exports and imports for the region.  Exports dropped because of a slowing world growth environment and imports slowed because of slower overall growth, meaning less internal consumption.  As the same IMF report noted:

At 5 percent in 2013 and about 5½ percent in 2014, growth in emerging market and developing economies is now expected to evolve at a more moderate pace, some ¼ percentage points slower than in the April 2013 WEO. This embodies weaker prospects across all regions. In China, growth will average 7¾ percent in 2013-14, ¼ and ½ percentage points lower in 2013 and 2014, respectively, than the April 2013 forecast. Forecasts for the remaining BRICS have been revised down as well, by ¼ to ¾ percentage points. The outlook for many commodity exporters (including those among the BRICS) has also deteriorated due to lower commodity prices. Growth in sub-Saharan Africa will be weaker, as some of its largest economies (Nigeria, South Africa) struggle with domestic problems and weaker external demand. Growth in some economies in the Middle East and North Africa remains weak because of difficult political and economic transitions.

Remember trade is essential to all of these developing economies.  Here's a chart from the world bank that shows the importance:

Exports of goods and services (% of GDP)

Also note that these countries are raw material exporters, so the fact that commodities are at low prices almost across the board right now (with the exception of oil) is hurting.

At the same time, consider this graph from Barry over at the Big Picture: 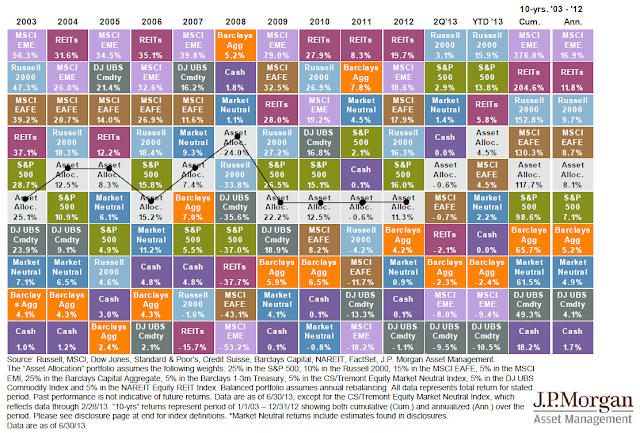 The bottom line is emerging markets have proven to be big winners for a majority of the time over the last 10 years.