If it had been up to either Bonddad or me, the government would have taken a much more active role (a new WPA, huge spending on infrastructure, and allowing people 55+ to buy into Medicare early, for example) in getting us out of the Hard Times we entered in 2008. Alas, it was pretty clear by about 2010 that none of that was going to happen, and the best we could hope for was for government to at least not put obstacles (like the debt ceiling debacle) in the way of a normal recovery from a credit bust.

I mention that because Paul Krugman has said several times, although I can't find a link right now, that the way long term depressions ended before the 1930's was that stuff wore out. Even durable goods that last a long time wear out, and ultimately must be and are replaced. As that replacement cycle kicks in, the economy improves.

And yesterday's report on June vehicles sales provides evidence of exactly that. First, here's a graph of motor vehicle sales from 1998 through 2007: 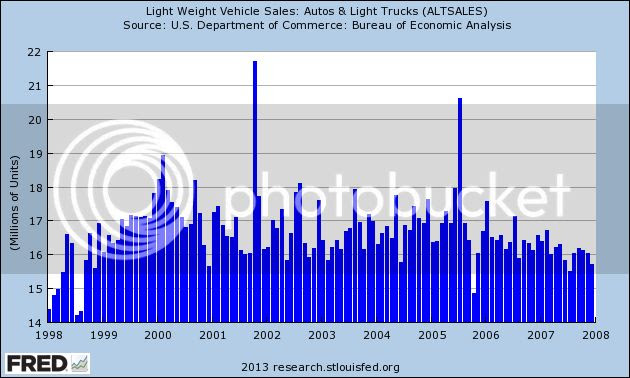 Notice that during that 10 year period, vehicle sales almost always were in a range that began at 16 million on an annualized basis. 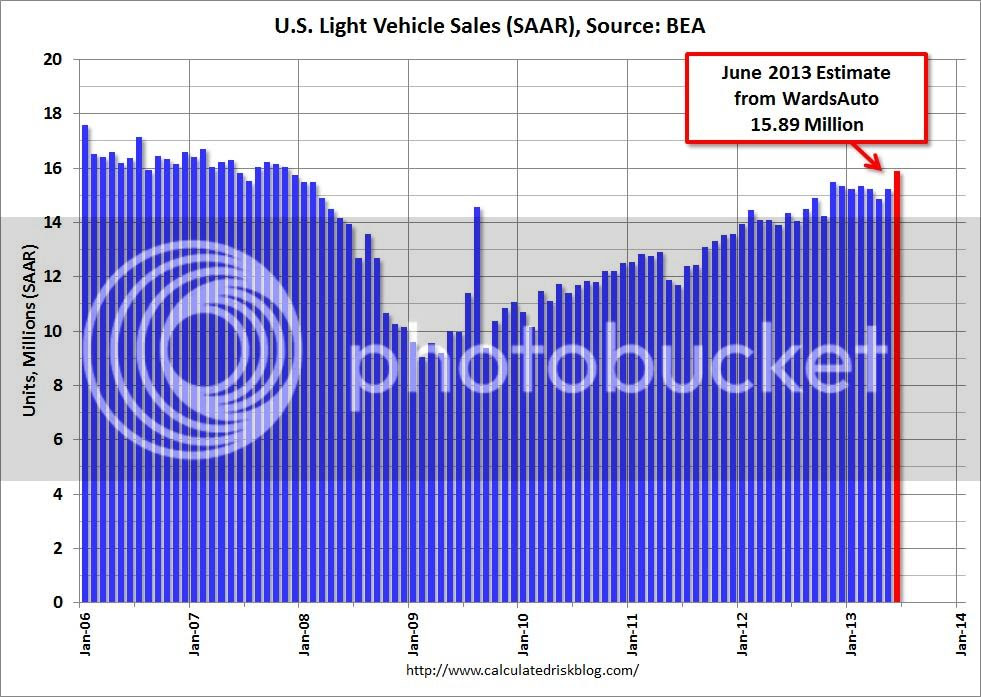 At 15.9 million vehicles annualized, June was only about 10,000 vehicle sales short of the pre-recession normal range.

The recovery continues. Yes, it is slower than any of us would like, and we need improvements in wages and many more jobs, but the economy continues to move in the right direction. To be more wonky about it, while the recent spike in interest rates causes me concern about 2014 and 2015, that auto sales have continued to rise through midyear means that, if Washington can avoid throwing more monkey wrenches into the economy, expansion ought to continue through the end of this year.

By the way, did I mention that we're going to hit the debt ceiling again this autumn?
Posted by New Deal democrat at 11:00:00 AM