Consumer inflation for June likely up 0.4% 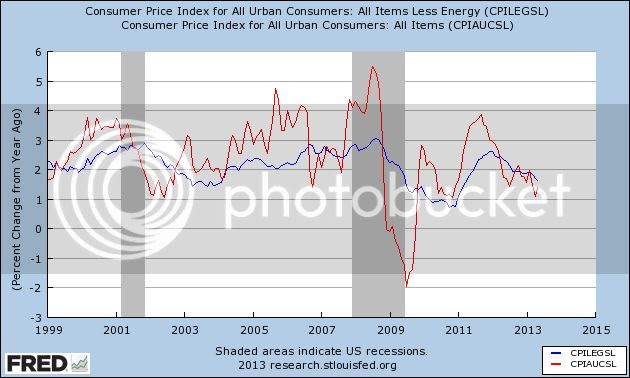 One of my big theses on this blog over the last few years has been that the impact of the "Oil choke collar" on consumers explains a lot of the economy, especially with wages rising between 1.5% to 2% a year. In other words, with that low growth in wages, there is a big difference in the ability of consumers to save and spend based on an inflation rate under +1.5% and one over +2.0.

So I have taken to testing this hypothesis by making predictions about consumer inflation each month, to show how big a role the price of gasoline plays. Well, June is over, and we now know the average cost for gasoline for the month. Although the price of gas declined significantly in the last week, since the report will be issued today (i.e., in July), I do not believe it will be considered in the calculations of June's CPI. Escluding it, gasoline prices rose only $.01 in June, having averaged-$3.62 in June vs. $3.61 in May, an increase of only 0.3%. Here's a graph for the last twelve months including yesterday's report to put this in perspective 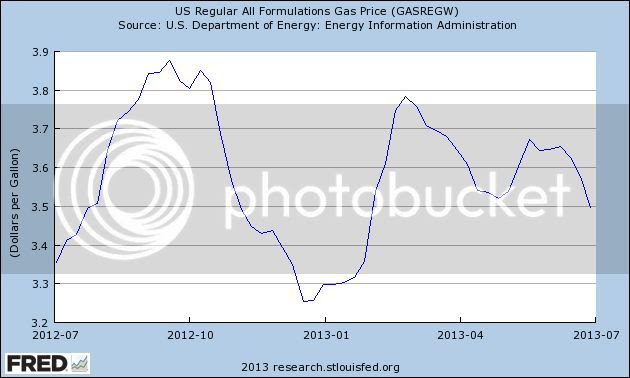 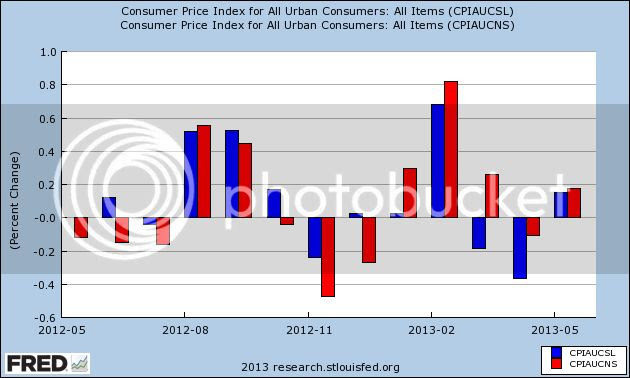 While that will bring about stories about how inflation is coming back, it is unlikely to be sustained in the third quarter. Last year saw a surprise spike in the price of gas from $3.25 to $3.90 from July through September. Unless that gets repeated, the monthly CPI readings of +0.5% and +0.5% in August and September (seasonally adjusted) are not going to be repeated, and YoY CPI is going to subside back towards +1.0%.
Posted by New Deal democrat at 10:00:00 AM