I'm less bearish on France, as some of the recent Markit and industrial production numbers could indicate the economy may pull out of its slump.  But these positive numbers are of short duration, meaning we could simply be seeing an upward blip.  We're in a, "trust, but verify" mode. 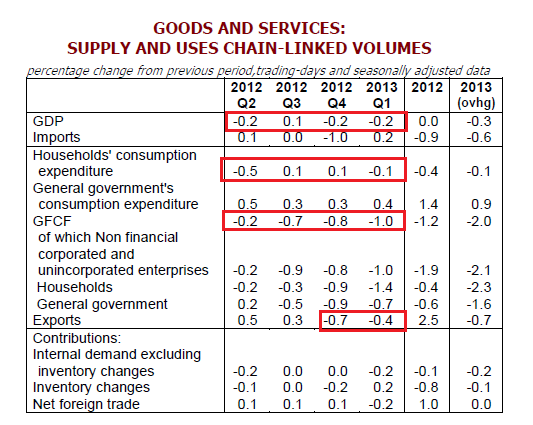 The economy has contracted in three of the last four quarters.  Aside from a .5% increase in 2Q12, PCEs have been weak.  Investment has contracted for four straight quarters and exports have now dropped for two consecutive quarters.  While the slowdown is not sharp, it is broad.


The latest Markit numbers are a bit more encouraging:

Latest data signalled an easing of the downturn in the French manufacturing sector during June. The headline Purchasing Managers’ Index® (PMI®) – a seasonally adjusted index designed to measure the performance of the manufacturing economy – registered 48.4, up from 46.4 in May. Although remaining below the 50.0 mark for a sixteenth consecutive month, the latest index reading was the highest in this sequence. 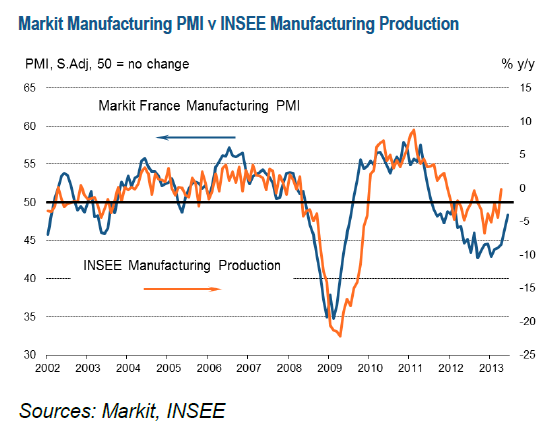 The blue line is showing a fairly decent increase that is fast approaching the 50 level the separates expansion from contraction.

And an expansion may be possible from the latest IP numbers: 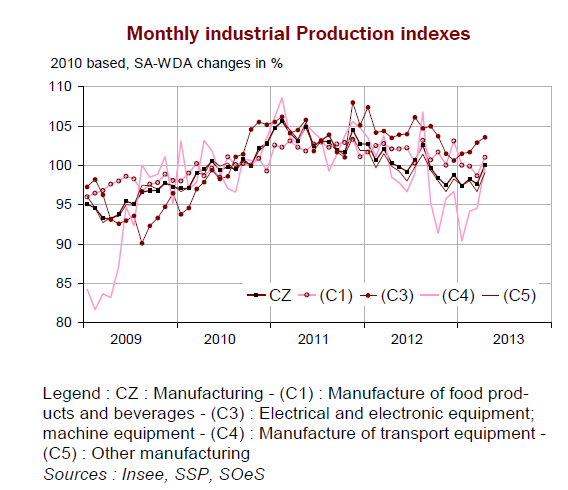 The chart is a bit confusing, but we do see a bump in the overall composite numbers.  However, the trend is still lower; we need to see additional numbers to conclude this is not a one month blip.

Let's turn to the daily chart: 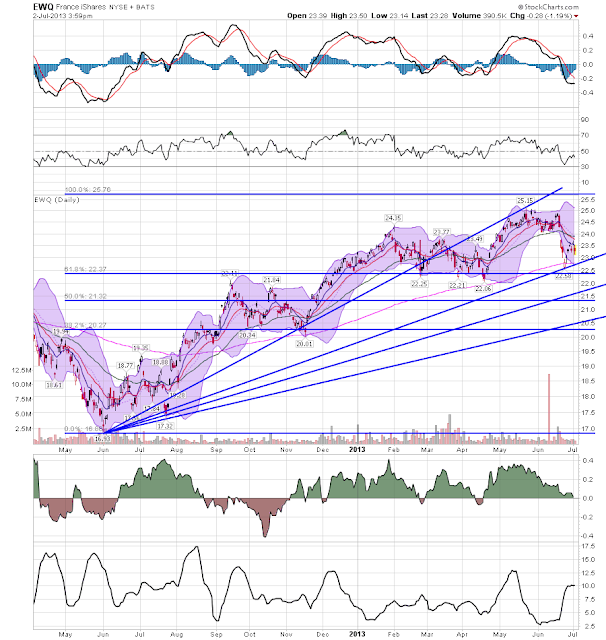 After hitting a peak in late May, the market has moved lower, finding support at the 200 day EMA and the top Fib fan.  We also see declining momentum and CMF.

If prices move through the 200 day EMA, there's plenty of technical support.

I don't think this chart is a shorting opportunity anymore, nor do I think it's a buying opportunity.  The economic data is still too fresh with too small of a trail to make a move as of yet.