In Korea, the Committee appraises economic growth to be continuing, albeit weakly, as exports have been generally favorable while indicators of domestic demand have alternated between improvement and worsening. On the employment front, the increase in the number of persons employed has accelerated, centering around the 50-and-above age group and the service sector.  The domestic economy is expected to maintain a negative output gap for a considerable time going forward, due mostly to the slow recovery of the global economy, although the Committee forecasts that the gap will gradually narrow.

South Korea is experiencing the same problem as all the Asian economies: a slow-growth US economy and recessionary EU are not buying the same amount of South Korean produced goods.  In addition, the drop in the yen has made South Korean goods more expensive relative to Japanese goods.  As a result, we see the South Korean ETF trading at low levels: 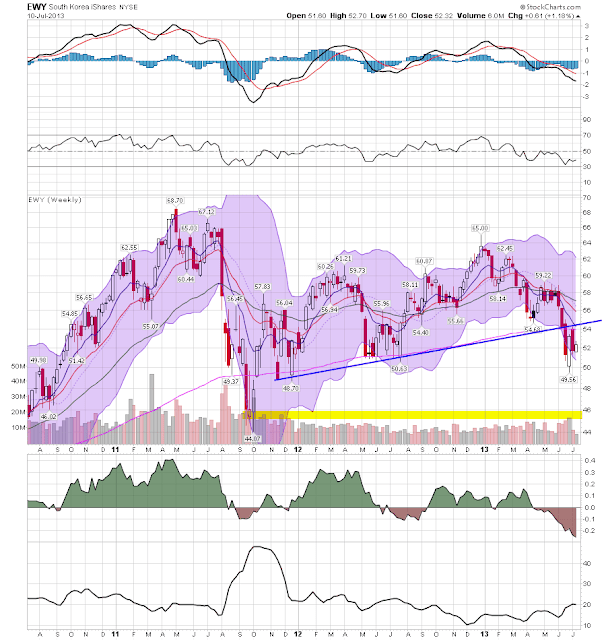 The weekly chart shows that prices have broken the uptrend that connected the 4Q11, 2Q12 and 1Q13 market lows.  Prices are below the 200 day EMA with declining momentum and a weak CMF reading.
Posted by Unknown at 1:30:00 PM