Let's start with a review of last week's news.

Frankly, we needed this bump in the M/M numbers.  Consider this chart of the year over year percentage change in PPI: 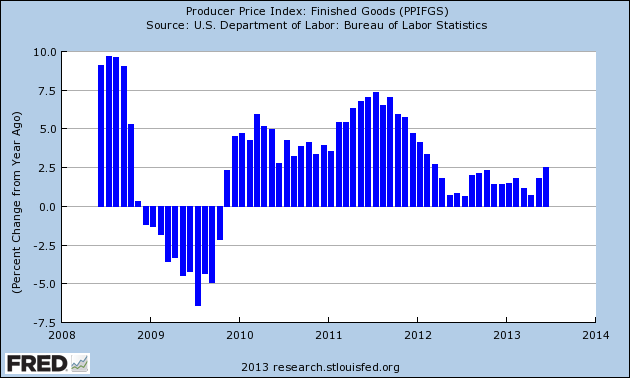 The year over year rate was declining and getting uncomfortably close to 0%.

The National Federation of Independent Business reported that the optimism index dropped.  Small-business optimism remained in tepid territory in June, as NFIB’s monthly economic Index dropped just under a point (0.9) and landed at 93.5, effectively ending any hope of a revival in confidence among job creators. Six of the ten Index components fell, two rose and two were unchanged. While job creation plans increased slightly in June, expectations for improved business conditions remained negative. The Index—which was 12 points higher in June than at its lowest reading during the Great Recession but 7 points below the pre-2008 average and 14 points below the peak for the expansion—has been teetering between modest increases and declines for months. 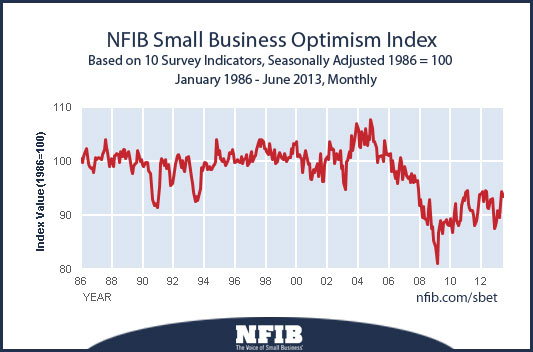 Notice this number has been in a depressed state for the entire duration of this recovery for two primary reasons.  First, is depressed demand and the second is the implementation of the ACA, for which we're now just getting initial guidance.

Import prices dropped for the fourth straight month: Prices for U.S. imports decreased 0.2 percent in June, the U.S. Bureau of Labor Statistics reported today, following a 0.7 percent decline in May. In June, a drop in nonfuel prices more than offset increasing fuel prices. The price index for U.S. exports edged down 0.1 percent in June, after a 0.5 percent decrease the previous month.

The reason I'm now putting this in the neutral column is I think the possibility of deflation is starting to become more real and this print -- and the four months of decreases -- is a nit unnerving.

Conclusion: last week's data picture was light, so it's difficult to get a meaningful read from the data. 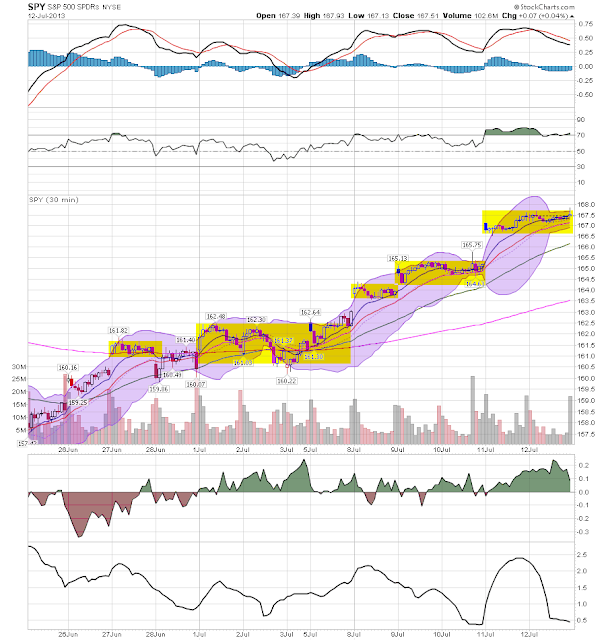 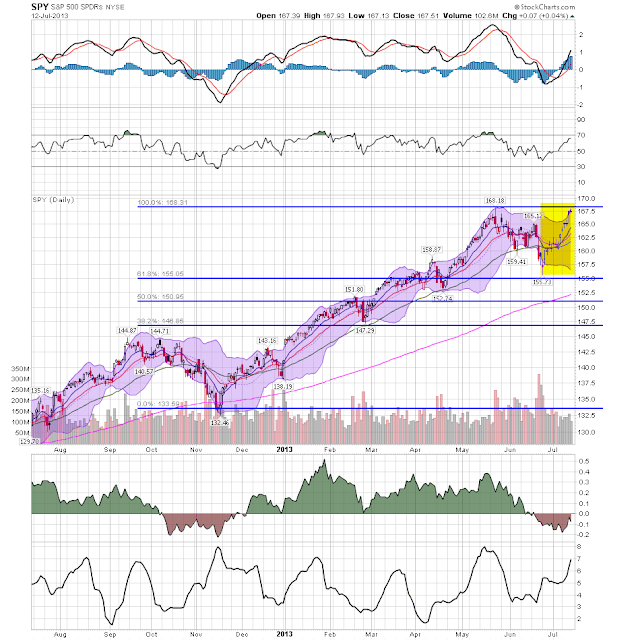 On the daily chart (bottom chart) I've highlighted the last two week's price action which is better shown in the 30 minute chart (top chart).  Notice that we've had strong inter-day movements, but weak price action during the trading session.  Part of this can be explained by the "summer doldrums" -- weak trading as traders take their summer vacations.  However, it's also occurring as the market is approaching previously attained highs,  Ideally, we'd like to see stronger bars on higher volume print at this time, as this would indicate there is a fair amount of momentum and excitement about the rally. 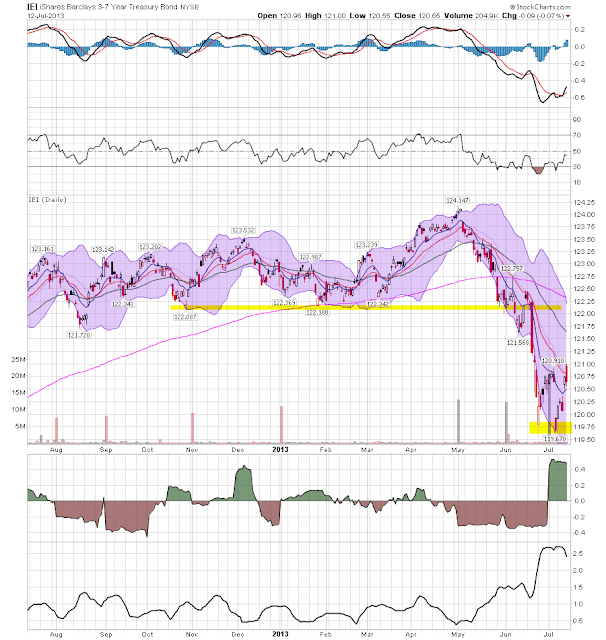 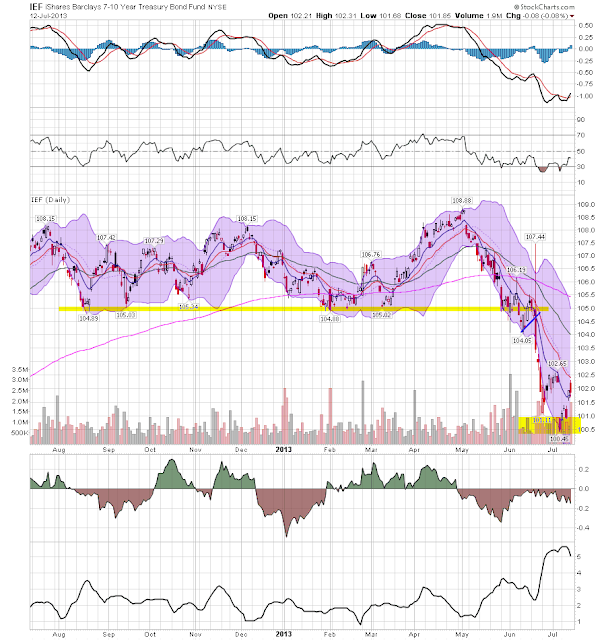 Buyers offered to buy 3.35 times as much debt as was for sale, more than the 2.95 cover recorded last month but below the 2.50 average during the last year. 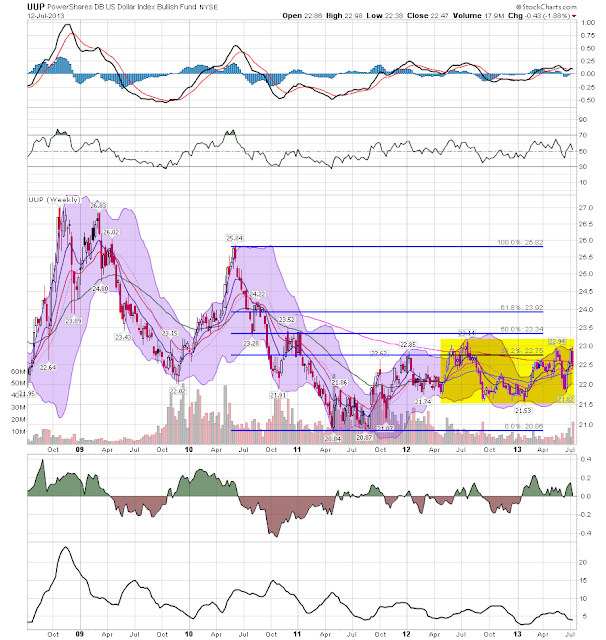 The dollar chart shows that we're still in a fairly price range at the low end of prices for the last few years.  Until we see a move below ~21.5 or above ~23, there isn't much to report.