Continuing the adjustment process of the basic interest rate, the Copom unanimously decided to increase the Selic rate to 8.50 percent, without bias.


The Committee evaluates that this decision will contribute to set inflation into decline and ensure that this trend persists in the upcoming year.

This is the third interest rate increase over the last three meetings, as shown in this chart:

The primary reason for the increase is inflation has stayed stubbornly high yet and has yet to decrease as a result of the recent interest rate increase. 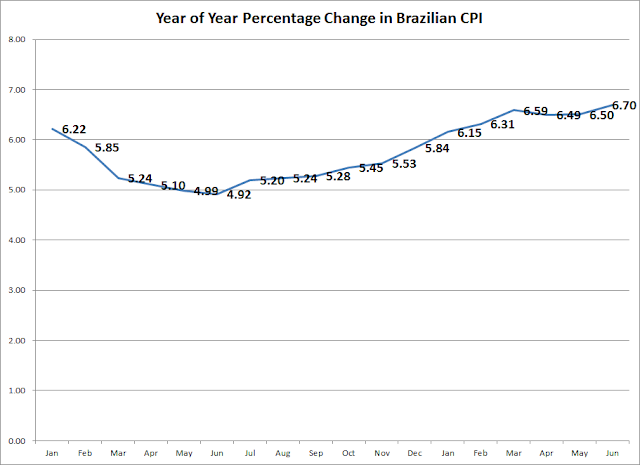 Remember these rate increases are occurring in an environment of slowing economic growth, indicating the central bank is far more interested  and concerned in inflation than growth right now.  More importantly, this is a very negative development, as the central bank must essentially work against national interest in the short run.

Let's turn to the Brazilian charts, starting with the an ETF of the stock market: 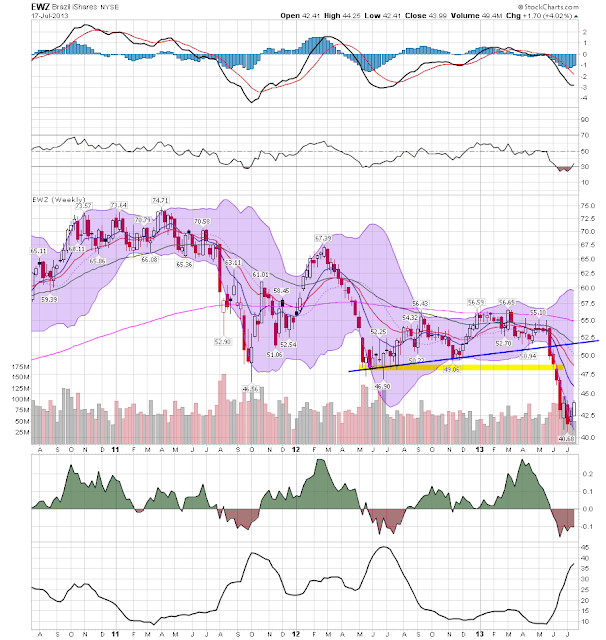 The weekly chart really highlights the negative position of the market.  There was strong support in the 46 price area from levels established in mid and late 2012.  Prices moved through these levels -- along with the trend line connecting the mid and late 2012 lows -- earlier this year as it became apparent the Brazilian economy was slowing.  For the last year, the 200 week EMA has provided technical resistance.  The MACD and CMF are now both in negative territory.  The only good news on the chart is the 42.5 level seems to be holding.  However, any rebound from this level will most likely be technical in nature until we see more fundamental developments that presage growth. 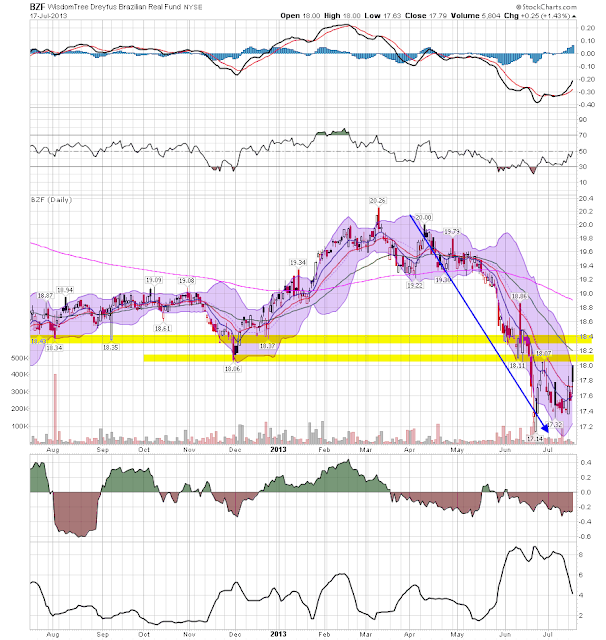 The real has a very similar story on the daily chart.  The 18 and mid-18 price level was providing strong technical support from previously  established price levels.  However, recent price action broke these levels, sending prices lower and below the 200 day EMA.  While the MACD has turned upward, it's still in negative territory and the CMF is negative as well.