US GDP Overview: Income -- Or - We're Just Not Making Much Money Right Now

One of the biggest problems with this expansion is the lack of meaningful income growth - which is to be expected with a higher rate of unemployment.  Consider these charts: 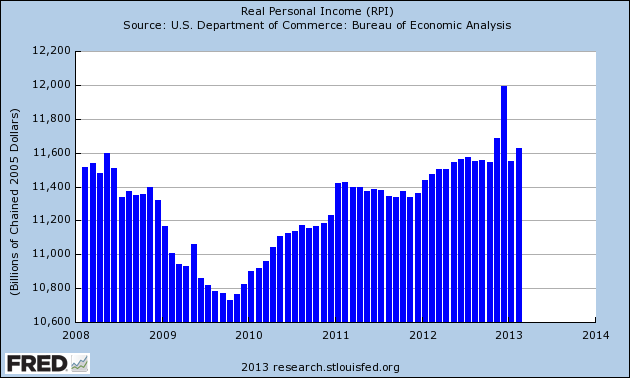 Real income growth has stagnated several times.  It actually decreased for most of 2011.  It rose a bit at the beginning of 2012, but has again stagnated started in mid-2012.  The large spike is a massive outflow of dividend payments in anticipation of the dividend tax increase this year. 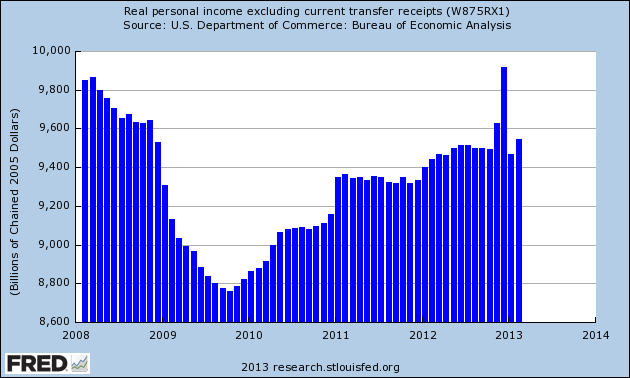 Notice that we see the same pattern in income less transfer payments -- a metric used by the NBER to date recessions. 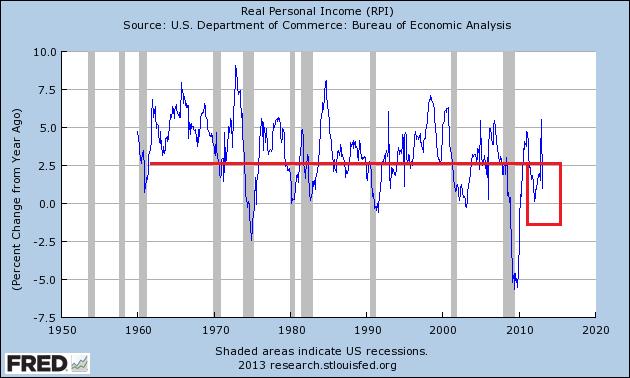 Above is a chart of the real percentage change in real personal income.  I've drawn a red box around most of the observations of this data point for the duration of this expansion.  Notice how the highest rate of growth (the top of the red box) is still below most data points of previous expansions.  This tells us that wage growth is below the level of most expansions. 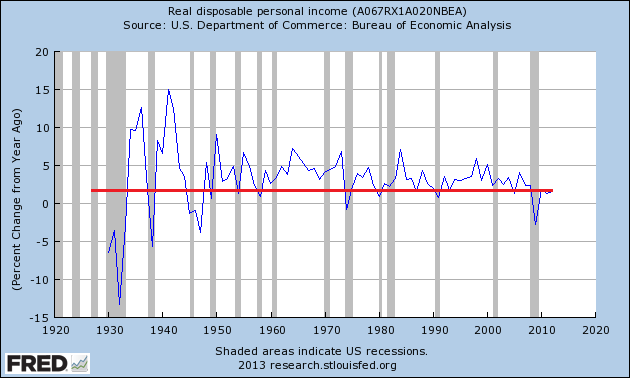 The real change in real disposable income for this expansion is (again) at one of the lowest rates for an expansion in the last 70 years. 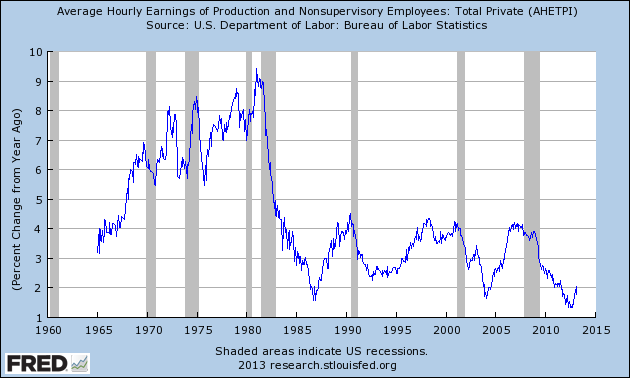 Finally, notice that we see declining year over year wage growth for most of this expansion in the average hourly earnings of production workers.  It's only been over the last few months that this number has increased. 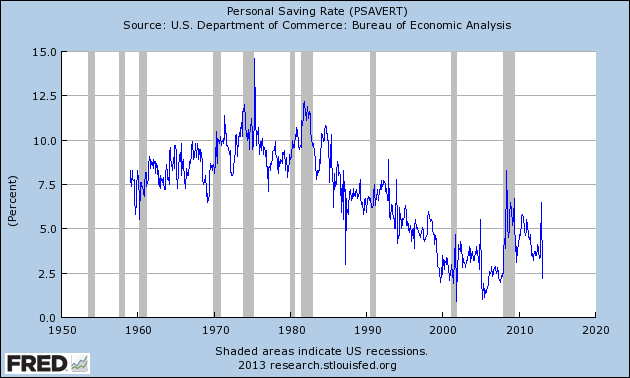 What has helped to power keep the consumer party going is the increased savings in the system.  Notice the savings rate increased to over 5% on several instances during the latest expansion.

In an age of high unemployment, low wage growth is to be expected.  However, with the declining savings rate, we'll need to see real wage growth in the future to keep powering the economy forward.