A note about average wages, median wages, and household income

Yesterday marked the quarterly release of the Employment Cost Index, which measured +0.3% in the first quarter of 2013. One of the virtues of this index is that it measures median (i.e., 50th percentile) wages rather than average, or mean wages as does the monthly report on average hourly earnings (which will be updated on Friday with the employment report). Mean wages can be distorted by extravagant payments to those at the top. Median wages aren't.

For a long time after the recession, YoY average wages were running significantly higher than median wages. No more. Both are running between +1.5% to +2.0% YoY: 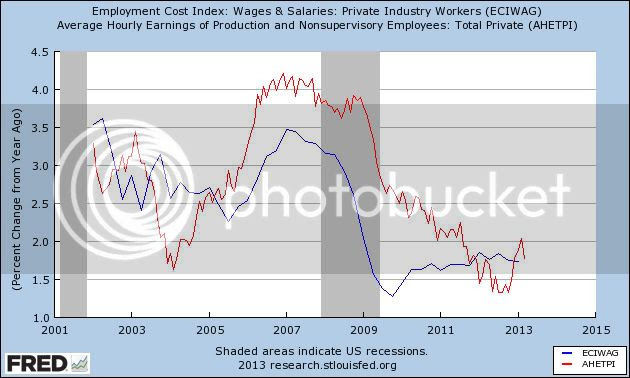 That's good news up to a point, and in particular that YoY changes in neither mean nor median wages are no longer decelerating to zero. So at least we seem to have avoided the spectre of an actual decline in nominal wages. The bad news is that even with 2% inflation, workers are actually losing money (as they did during 2011 and 2012). This is simply not sustainable. At some point the superlow interest rates that are fueling massive refinancing of debt by American households are going to end, and then we are not going to make any economic progress at all without significantly increases wages.

On a related note, about a month ago one of Doug Short's updates about median household income got picked up widely, and as I expected it appears to have been widely misinterpreted by Doomers was a decrease in *wages.* It ain't so. First of all, here's Doug's most recent update: 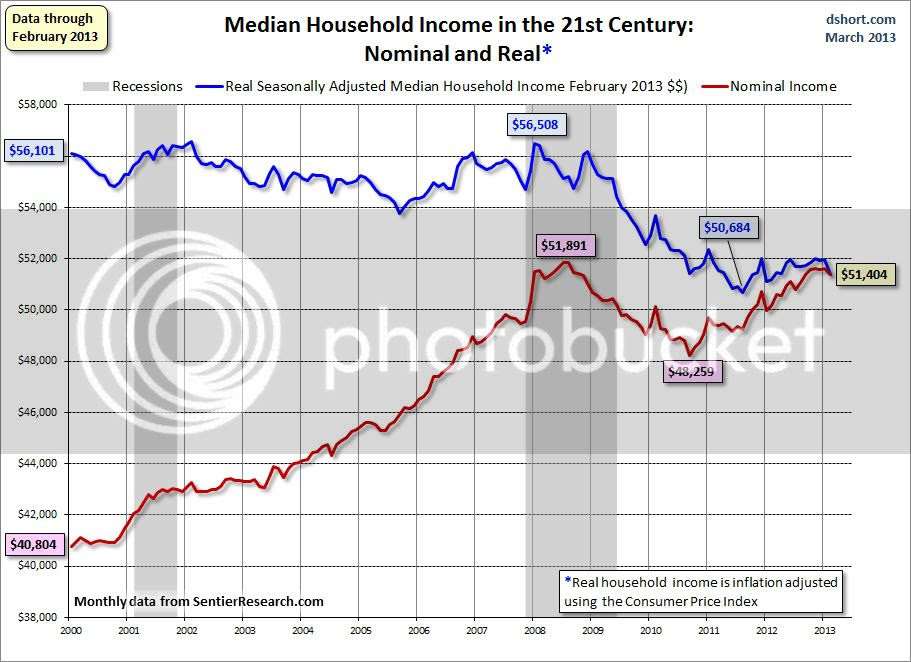 Notice that median household income declined about 10% into 2011, and since then has slowly risen, although it is still about 7% under its 2007 pre-recession peak.

But the index isn't measuring wages. It is measuring household income, including in that mix households where one or both adults are out of the workforce, whether through retirement, disability, or inability to find work. Here's the relevant passage from Sentier Research, which compiles the data: 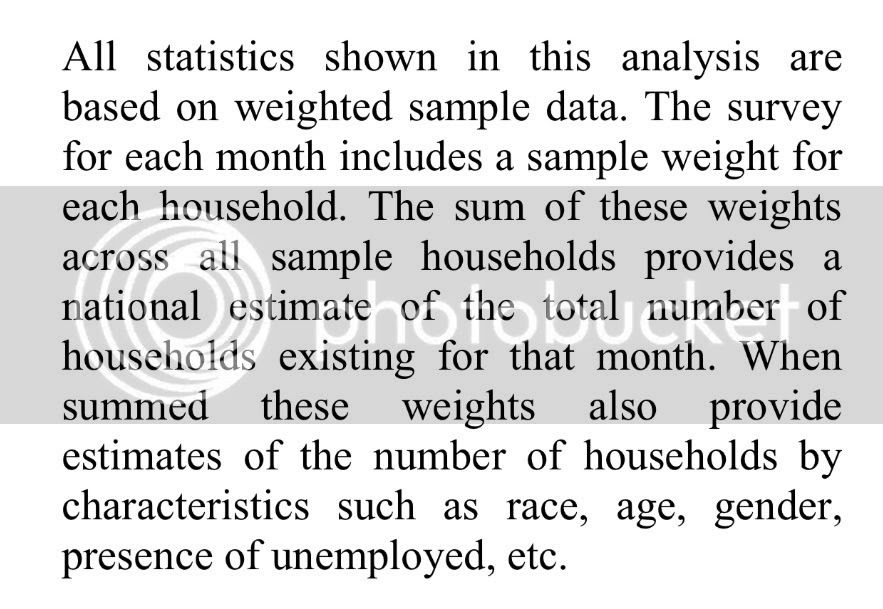 Just to be sure, I contacted them directly and they confirmed the above to me.

Well, as you know from the employment to population ratio, a lot of people have dropped out of the workforce: 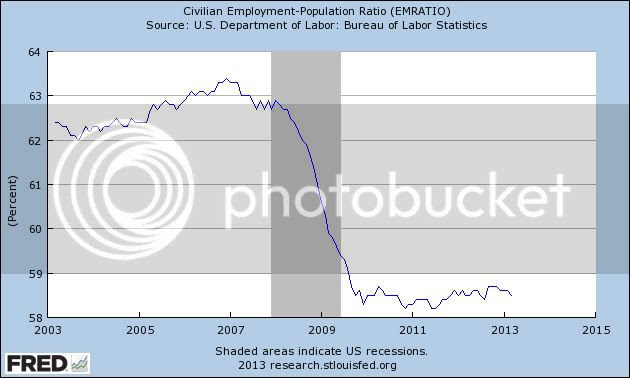 Note that even in the case of retirement, salary or wage income stops and is replaced only by Social Security and pension income plus any income of past savings or investment. In other words, it's almost always a lot lower than the previous wage and salary income. So the decline in household income as measured by Doug Short is almost identical to the downward change in the employment to population ratio, because they are measuring very similar things.

Hence the big difference between the measures of average and median wage growth on the one hand, which are low but positive, vs. median household income, which declined sharply between 2007 and 2011 (and with 10,000 retiring Boomers a day, is likely to trend lower over the next 10 to 20 years).
Posted by New Deal democrat at 1:00:00 PM