US GDP Overview Pt II: Personal Spending -- We're Still Spending, Just Not As Much As Before

Let's continue our look at the US economy by looking at personal spending. 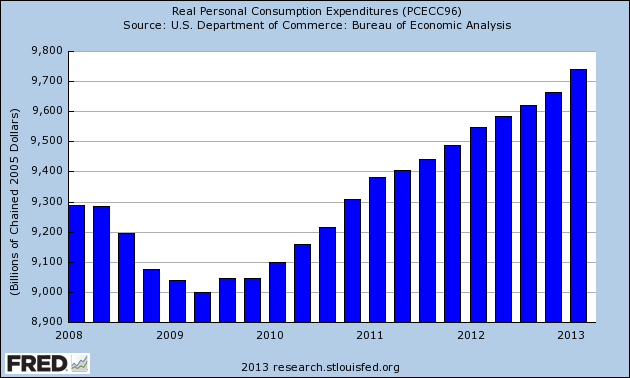 Overall, real personal consumption expenditures (PCEs) have been increasing for the duration of the recovery.  They are now at higher levels that those we saw in the previous expansion.

Let's break these down into their components starting with the largest and moving to the smallest. 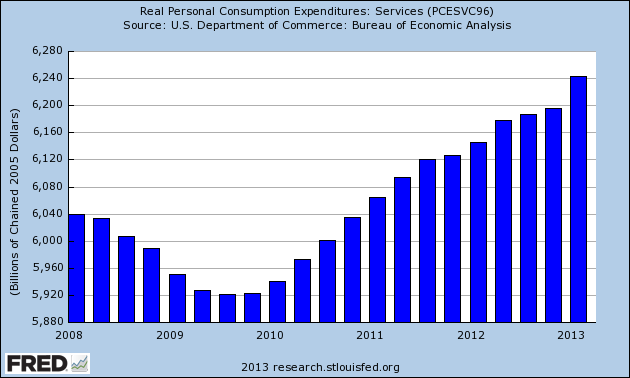 Service spending accounts for about 65% of total PCEs.  Notice that this part of PCEs has been increasing at a consistent rate for the duration of the recovery as well. 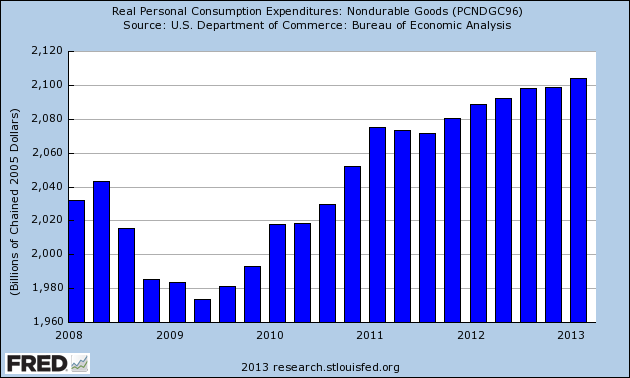 Spending on non-durable goods (about 21% of PCEs) has also been increasing, but this level of spending has been increasing at a far slower rate starting in 1Q11. 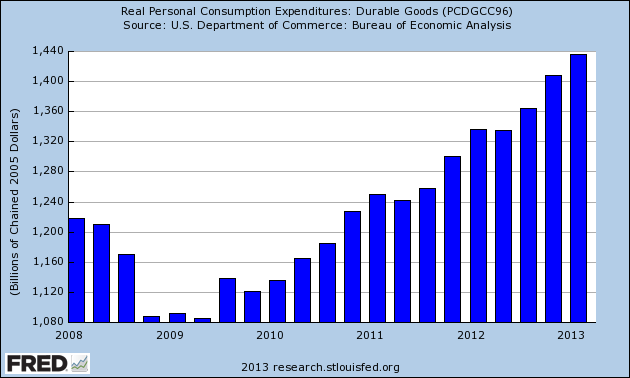 Spending on durables has been very strong.  Also note the importance of this spending: durables typically require some type of financing.  Hence, people don't take these obligations on unless they're confident they can make the payments for the the entire length of the obligation. 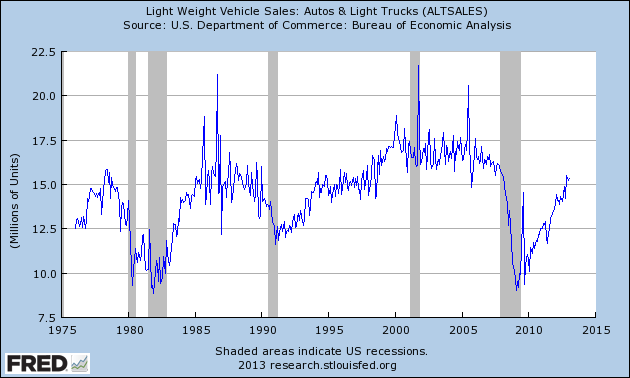 Above is the chart for total truck and auto sales.  After cratering in response to the recession, we see this number claw its way back to the levels seen for a majority of the 1990s expansion. 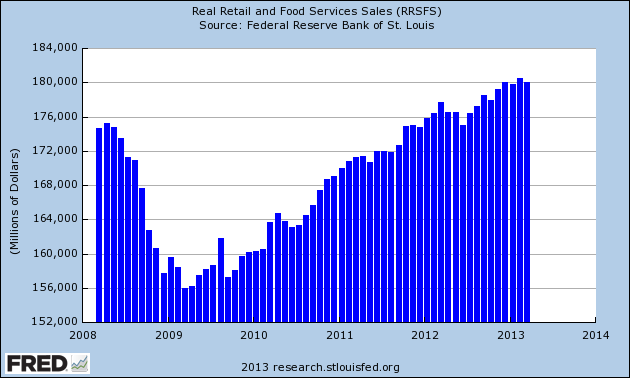 Real retail sales are now at higher levels than those of the preceding expansion.  However, the rate of growth has not been consistent.  There are several periods that show little to no growth -- a description which applies to the last 4-5 months.

The above data shows that consumers are still spending -- and spending at rates higher than those of the previous recovery.  However, like the GDP situation, the problem is that spending is occurring at a slower rate than previous expansions. 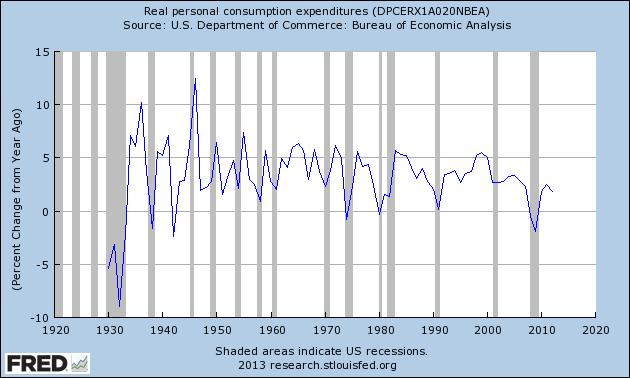 The reading for the year over year percentage change in PCEs is one of the lowest for this point in an expansion of the last 70 years.