Yesterday's personal income and spending report is one of two data points in addition to the monthly jobs report that I think are especially important this week (the other being vehicle sales).

Personal spending is important because it is one of the 4 coincident indicators thought especially important in dating recessions and expansions, when normed for inflation and transfer payments. It rose im March for the second month in a row: 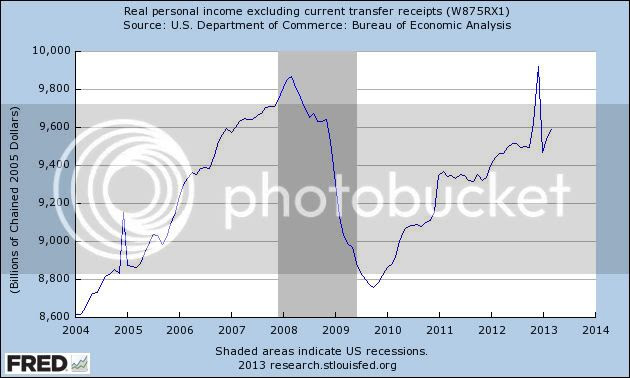 Note that the big December - January spike and decline were about the timing of payments like bonuses to minimize the implications of increases in tax rates. Leaving that anomaly aside, it's clear that real personal income is higher than at any point last year. This confirms that no recession has begun yet. 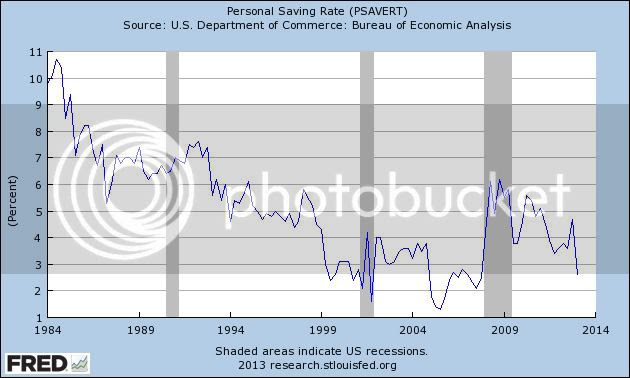 We now have a savings rate as low as what we had prior to the 2001 and 2008 recessions. It's true that we can go on this way for awhile, but there is no more maneuvering room. When consumers ultimately decide to save more and spend relatively less, that's when a recession happens. 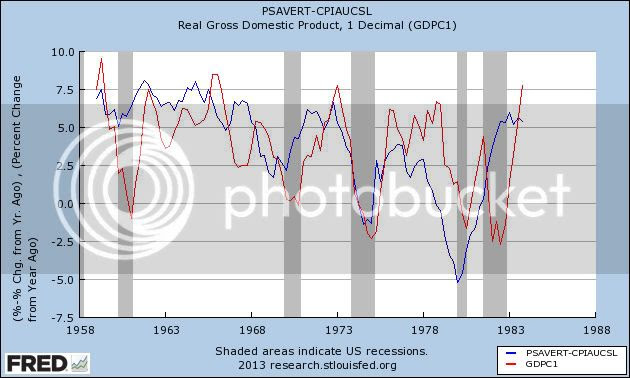 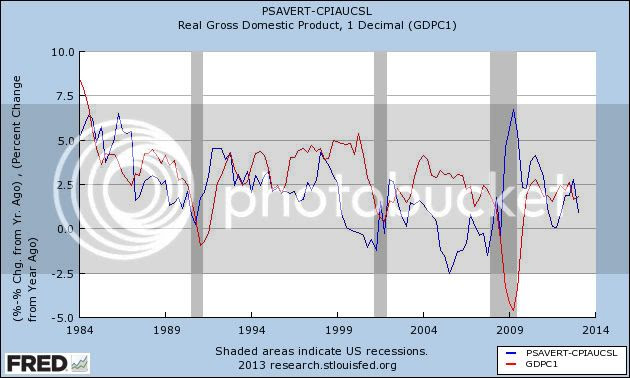