EU Is Still a Basket Case

Continuing my look at recent central bank action that occurred during my absence, we have the EU dropping its rate from 75BP to 50BP.  The reason is simple: the region is still in a recession with the numbers being reported getting worse.

Let's turn to the recent data to get a better idea for the deteriorating fundamentals, starting with the still worsening employment situation:

The euro area1 (EA17) seasonally-adjusted2 unemployment rate3 was 12.1% in March 2013, up from 12.0% in February4. The EU271 unemployment rate was 10.9%, stable compared with February4. In both zones, rates have risen markedly compared with March 2012, when they were 11.0% and 10.3% respectively. These figures are published by Eurostat, the statistical office of the European Union. 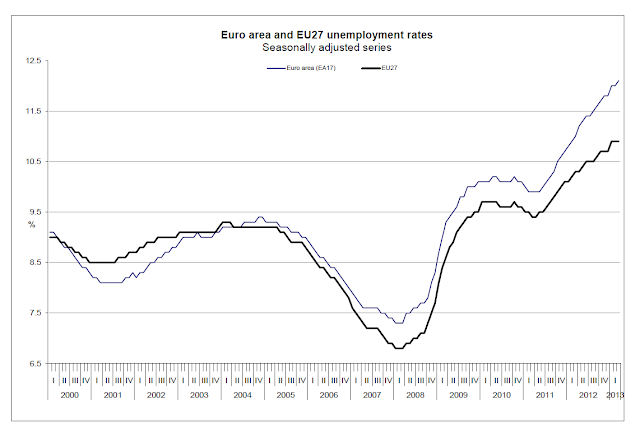 Starting in the 1Q12, we see the unemployment rate start to tick up consistently.  Also notice how there has been absolutely no pause in the rise.  This alone would be of concern to any central bank.  But the news continues to get worse.

Here's a chart of the Markit data: 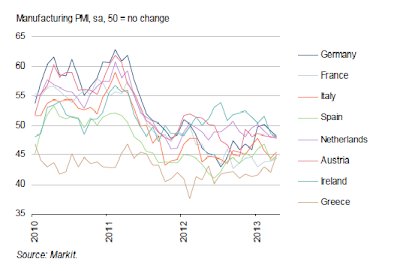 All the major economies are now below 50.  Some have been at that level for over a year, indicating a prolonged contraction.

And a chart of the data shows the deteriorating condition of the sector: 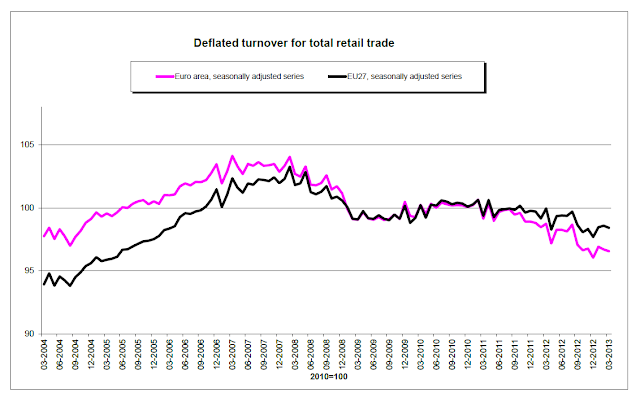 Simply put, the EU remains mired in recession with little to no indication of getting out anytime soon.