The most interesting results are the ones you don't expect to find, the ones that contradict your beliefs going in (Doomers really ought to give it a try sometime, as opposed to just searching for graphs that point down). Over the weekend, I decided to update my scattergraph comparing firing (via initial claims) vs. hiring (via nonfarm payrolls) to see if the relative weakness in job numbers compared with initial claims that started a year ago has persisted. The answer is, it has.

Here's the updated scatterplot graph. The monthly average of initial jobless claims is the left scale, the monthly nonfarm payrolls number is the bottom scale. This allows us to compare how much hiring we've been getting for any given level of firing during this recovery. The graph starts at the peak of initial claims in March 2009. Blue is the first three years, red is the last twelve months: 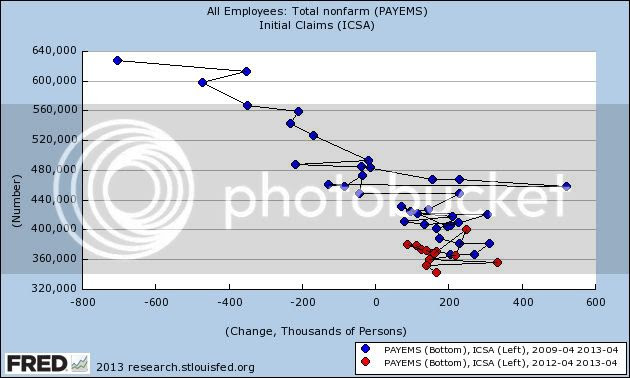 As you can see, the data points moved to the left and have remained there. That tells us that for any given level of firings, we've had less hiring in the last year. That was the result I expected.

But the surprise happened when I decided to compare the current recovery with the recoveries from the 3 previous recessions. I fully expected to find that for a given level of layoffs, there was more hiring in the previous recoveries, especially as layoffs declined under about 400,000. But that wasn't what I found at all.

The below scattergraphs compare the current recovery (blue), measured from the level when layoffs first declined to about 480,000 to the present monthly average of about 340,000, with each of the past three recoveries (red) during the period of time when layoffs were in the similarly declining 480,000 to 340,000 (or slightly less) range. Since the monthly data is noisy, there is a second graph for each recovery, totalled on a quarter to quarter rather than month to month basis, the better to show the comparison (Remember, for any given level of layoffs, left is weaker hiring, right is stronger hiring).

First, here is the comparison with 2000's economic expansion: 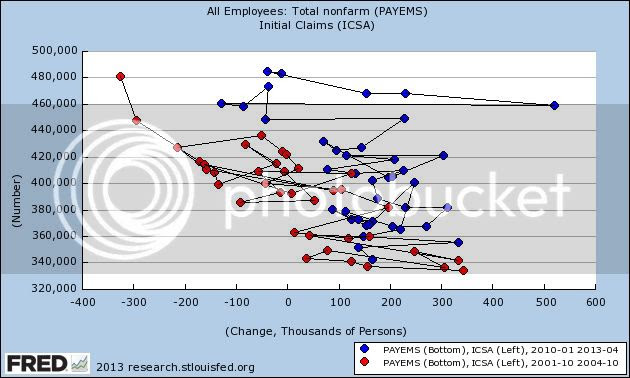 And here is the same data averaged quarterly: 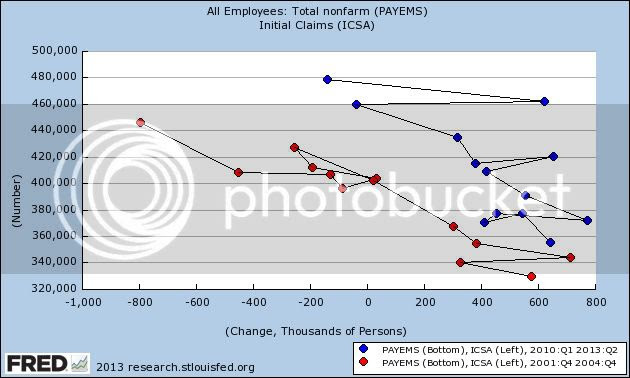 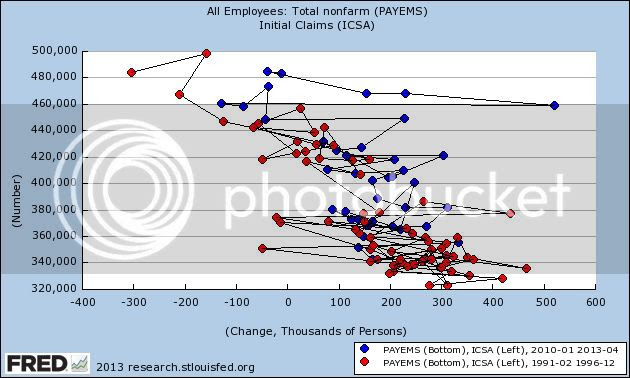 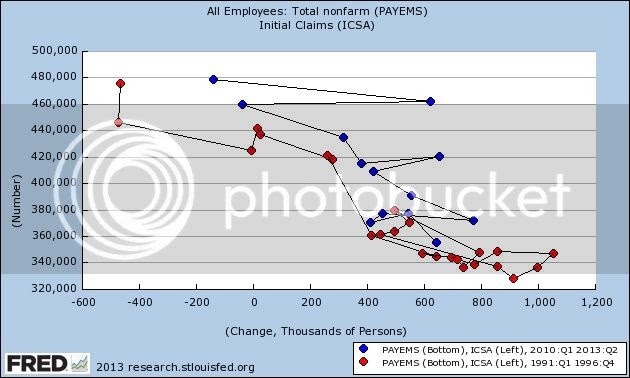 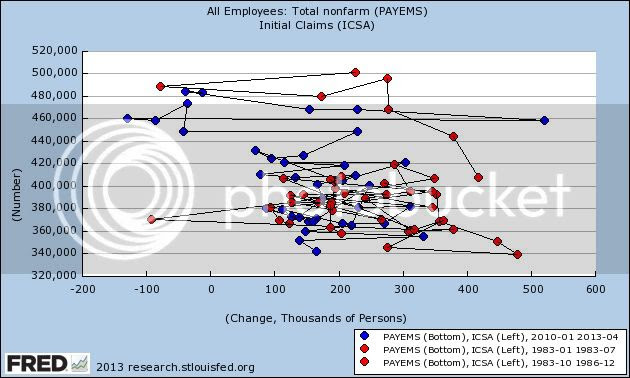 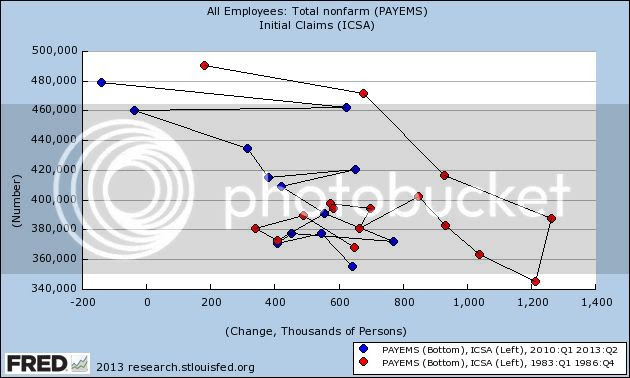 
So why hasn't the current recovery generated more net jobs? Because it has taken so long for firings to decrease to a level consistent with strong hiring:

So the real story of the relatively poor payroll growth during this recovery hasn't been a dearth of hiring. Rather it has been the very long tail of elevated if slowly declining firing, that appears finally to have run its course.

The nice thing about doing raw research and relying on hard data is that I can say beyond reasonable doubt that as to his wankery today, Robert Samuelson is a complete jackass.
Posted by New Deal democrat at 8:00:00 AM