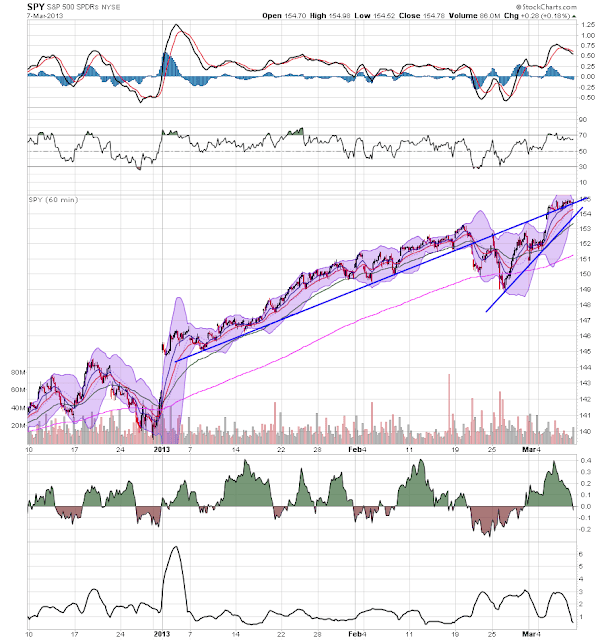 The above chart has the SPYs in 15 minute intervals since the end of December.  Notice that -- with the exception of the late February sell-off -- the same trend line supports the entire rally.  An argument could be made that the sell-off formed a reverse head and shoulders formation, but I think the actual formation is a bit weak for that description to stick. 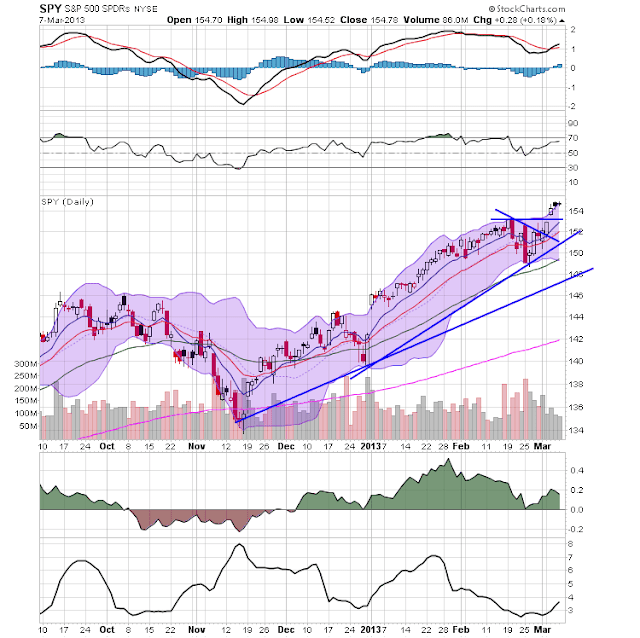 On the daily chart, note that while the actual candles and underlying volume are a bit weak, the other technicals are still very strong.  The MACD has given a but signal and the CMF shows volume inflow.  In addition, the EMA picture is very strong. 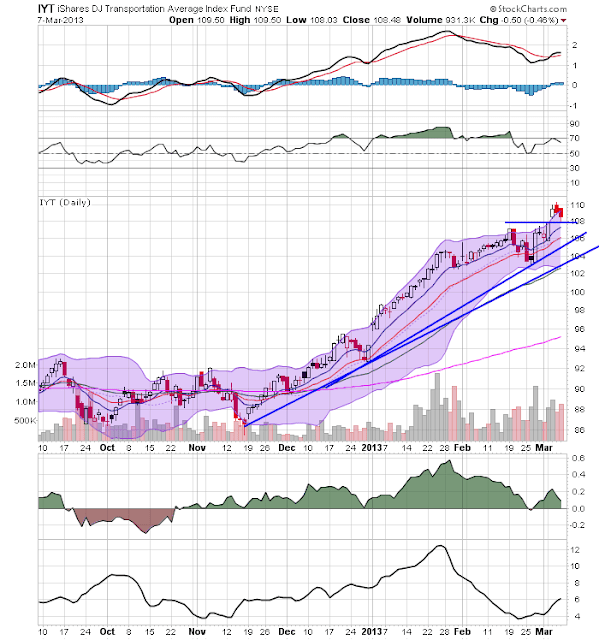 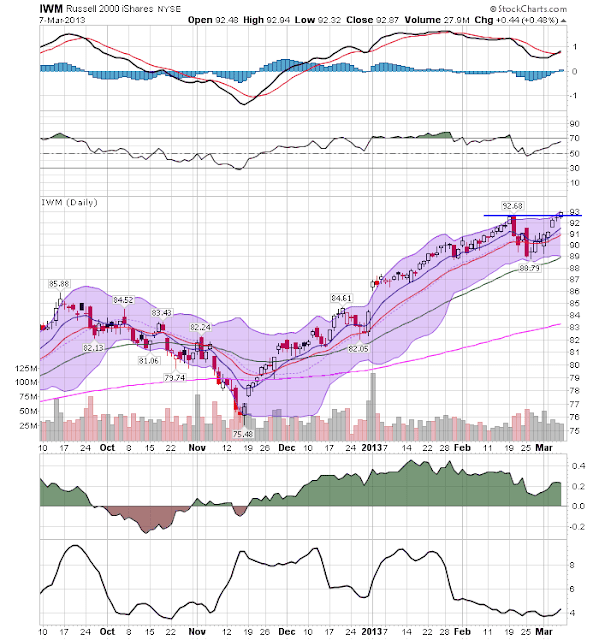 And finally, we have the Russell 2000 ETF, which is also confirming the new move higher.