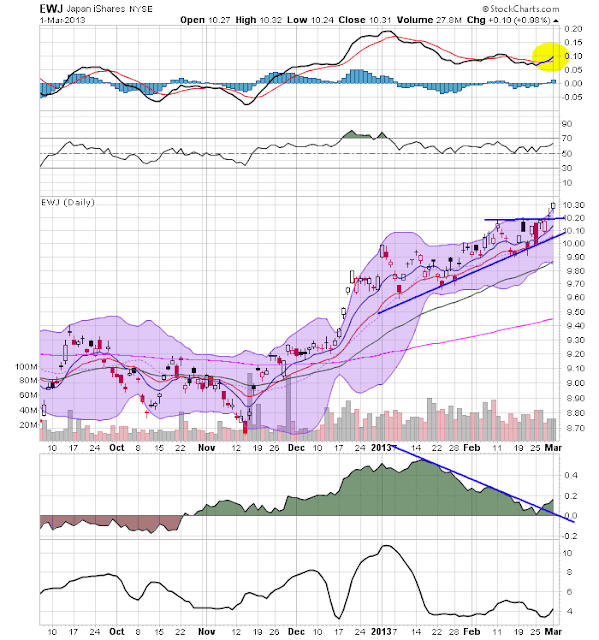 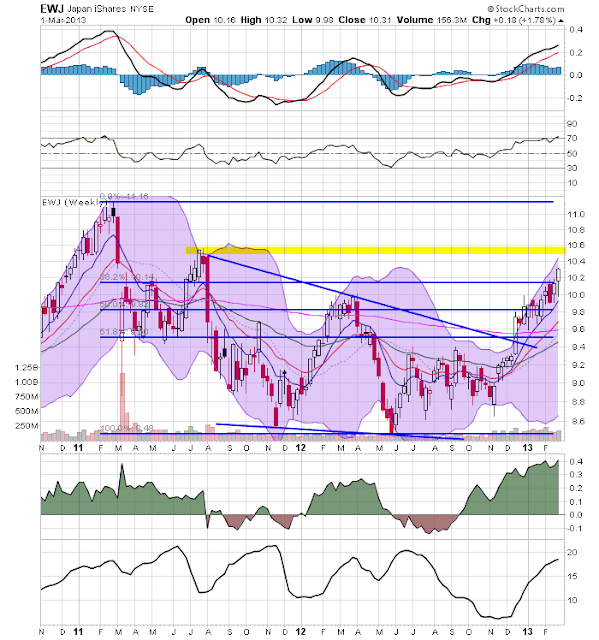 The daily Japanese ETF (Top chart) spent February consolidating in an ascending triangle pattern (stable top, rising bottom).  During this time the MACD remained fairly stable as momentum slowed.  Also note the prices remained entangled with the 10 and 20 day EMAs.  However, last week prices broke through resistance at the 10.20 level.  The MACD printed a buy signal and the CMF indicated volume flow was increasing.

However, the real news for this ETF occurs on the weekly chart.  Prices have moved through all the Fib levels from the 2011-2012 sell off and printed a strong bar last week.  This, combined with the strong MACD and CMF position point to the 10.6 level as the next price target. 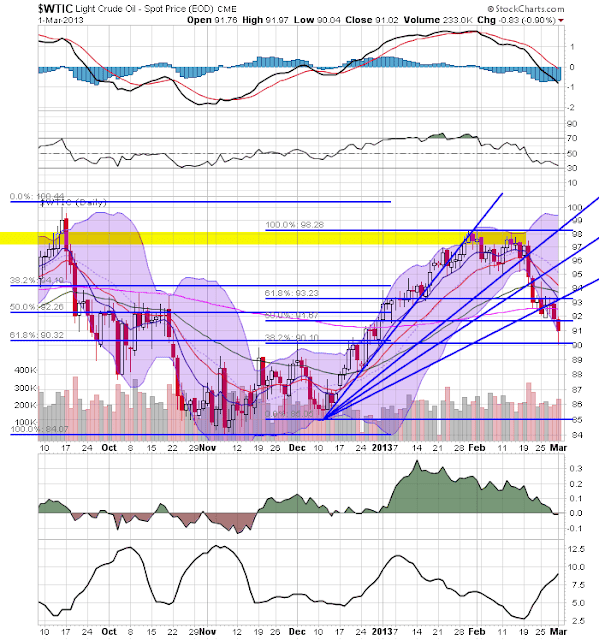 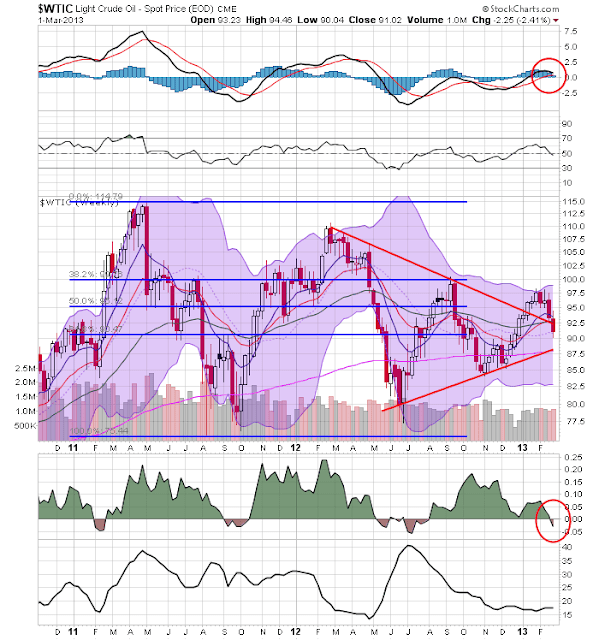 In contrast to the Japanese ETF we have the oil market, which is weakening.  The daily chart (top chart) shows that prices have moved through all the Fib fans and traded below the 50% Fib level established form the December-February rally.  Prices are also below all the EMAs, including the 200.

The weekly chart (bottom chart) shows that prices -- which had broken out of a triangle consolidation in January -- have since retreated to below the top line of the triangle.  The MACD is weakening as is the CMF. 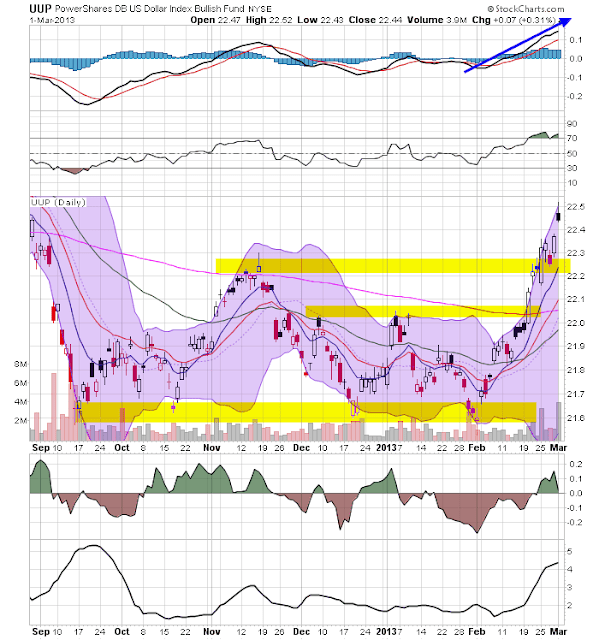 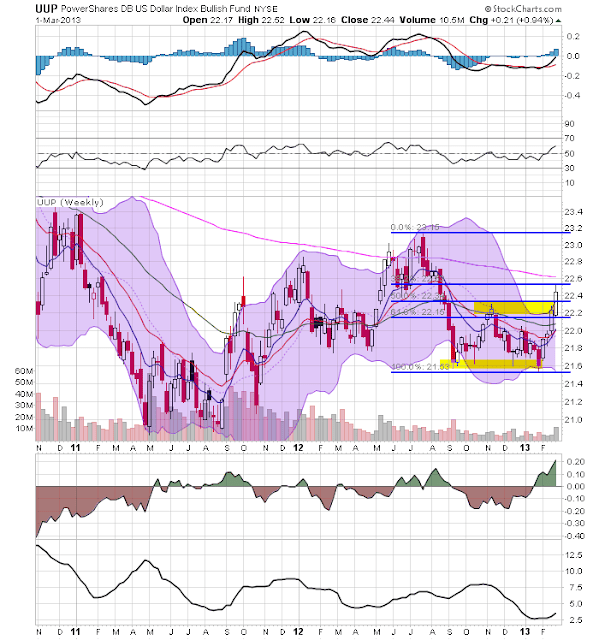 On the daily dollar chart (top chart), we see the channel between 21.6 and 22 that the dollar traded between from December to late February.  However, as the dollar caught a safety bid, it moved though both the 22 and 22.2 level, printing some strong bars on solid volume.  Also note the rising MACD.

On the weekly chart (bottom chart) notice the 22.2 level was the only real level of price resistance.  Prices hit the 38.2% Fib level last week, but retreated.  A move through that level would make the 200 week EMA the next logical price target.
Posted by Unknown at 6:00:00 AM