First, a note on yesterday's price action.  It's only one day and we have a second fiscal fight coming up in less than two months.  As a result, I'm still holding to my primary argument for the stock market right now, that we're running into strong upside resistance and that concern about the slowing economy and large inflow into bonds prevent any continued and major move higher. 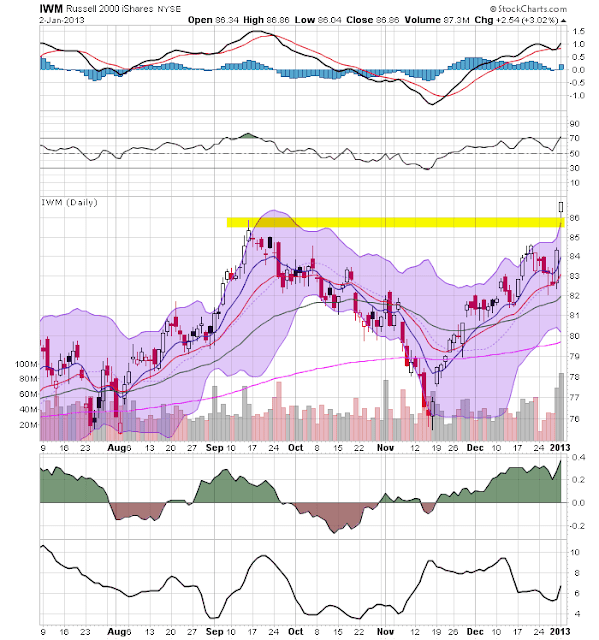 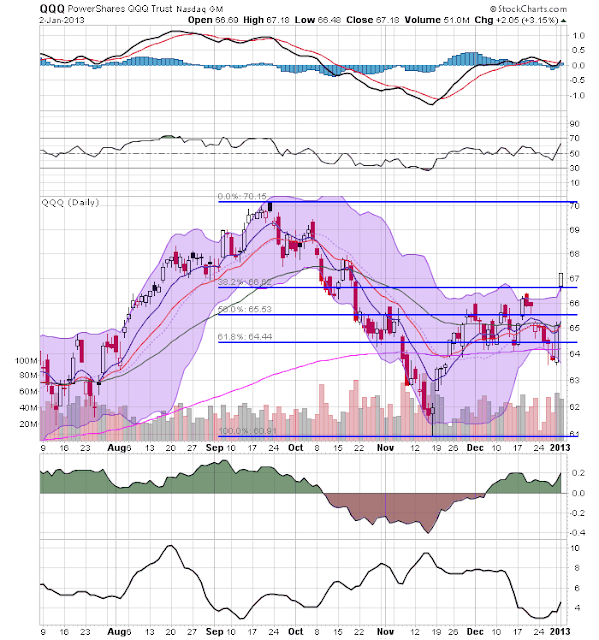 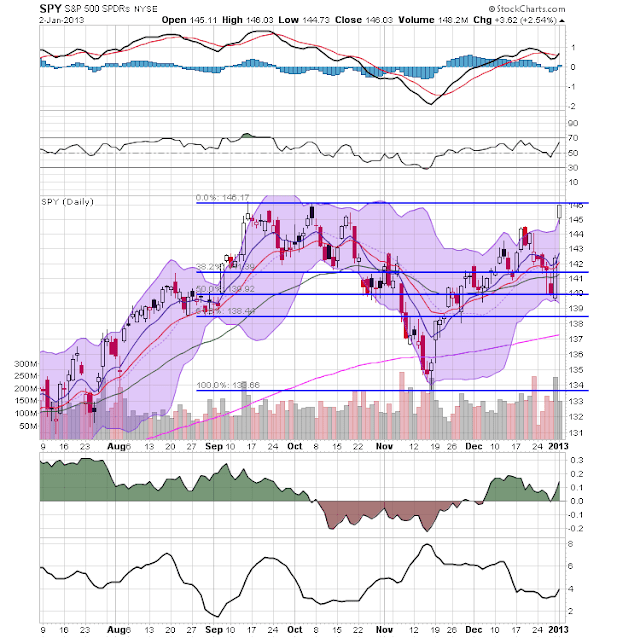 The good news for the bulls case is the IWM (Russell 2000, top chart), where prices moved through resistance on very strong volume.  In addition, this is the risk based capital market, so the move indicates a big increase in risk appetite.  However, the QQQs (middle chart) have a fair amount of technical real estate to make up before they come close to making new highs.  Plus, yesterday's price action occurred on weak volume -- a problem shared by the SPYs (bottom chart).  Also note the SPYs remained right at technical support, instead of closing higher.

Putting all of these factors together, we still at minimum need to see some confirmation from the following trading days to make an assessment of yesterday's move.  And the real move we need to see is a meaningful sell-off in the treasury and corporate bond market, indicating that risk based investment is back on.  And that's before we consider the second fiscal fight right around the corner.

However, if we see the SPYs move higher and the IWMs continue to move higher, a rally would be confirmed if we had a slight, profit taking sell-off to important technical levels. 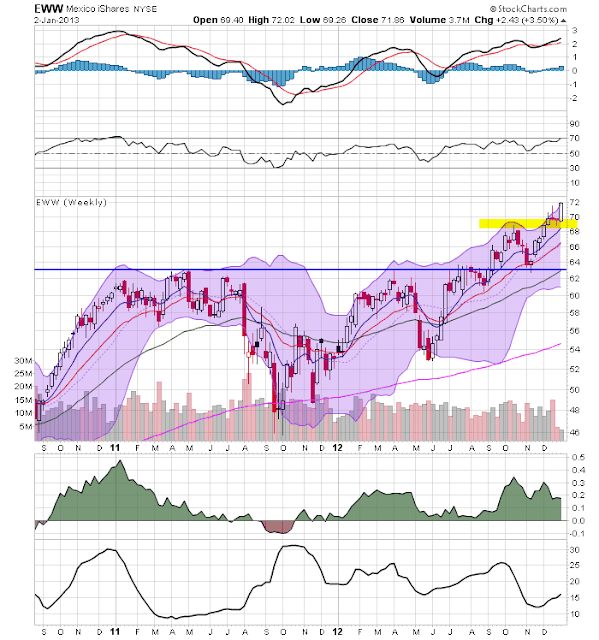 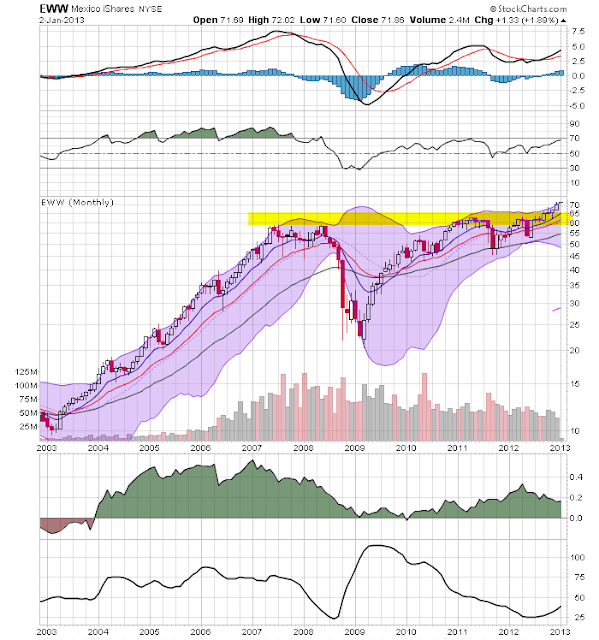 All that said about the US market, I wanted to highlight one of the best performing international markets last year -- Mexico.  The weekly Mexican ETF (top chart) moved through the 63 price level in September, had a profit taking sell off to the 63 price level in early November and is now at its highest point in 2+ years.  However, the best news is the monthly chart (bottom chart) which shows that prices are now at their highest level in over 10 years. 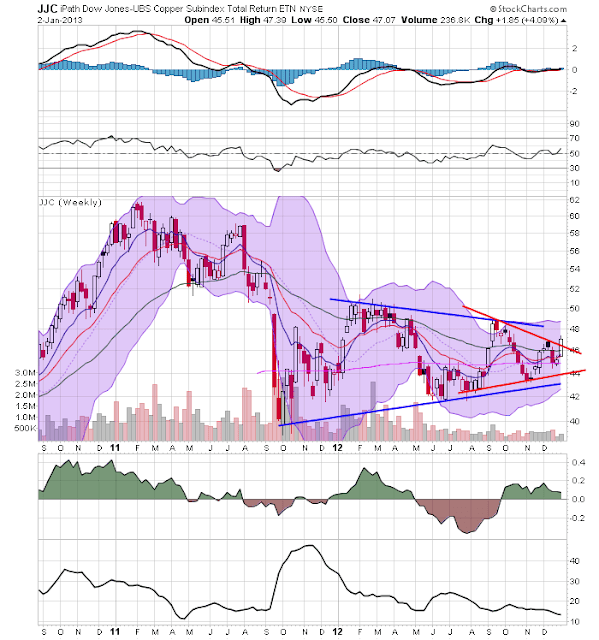 Yesterday I noted that oil was really in the middle of a multi-year consolidation.  The weekly chart of copper (above) has the same problem.  Prices have been consolidating in a symmetrical triangle pattern for the last year.  There is no momentum and the consolidation is occurring right around the 200 week EMA.  If traders were expecting a strong economic performance to start, we'd see a far stronger chart for this important commodity.