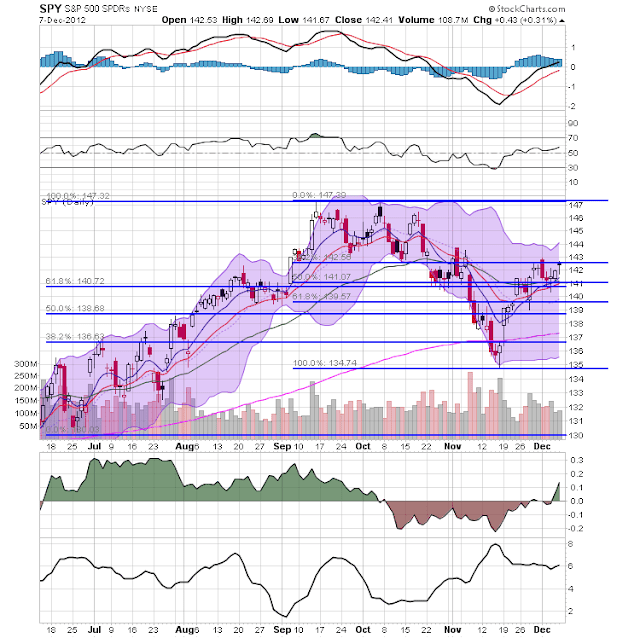 After trying three times to break through the 147 level in September and October, the SPYs have moved lower.  The briefly broke through the 200 day EMA in mid-November, and are now moving higher.  Currently, prices are caught between key Fibonacci levels from the October to November sell-off.  My best guess is we'll see the SPYs bounce around between the 200 day EMA and the 147 level for the foreseeable future. 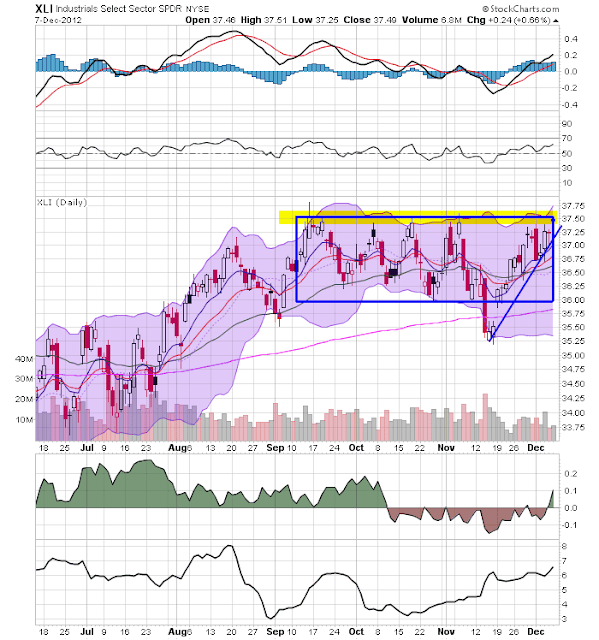 The industrials were one of the better performing sectors last week.  The daily chart shows that the 37.5 level has provided upside resistance for this chart for the last four months.  Also note that most of the price action has occurred in the blue boxed area between 30 and 37.5.  Considering the weaker ISM readings the US manufacturing sector has been giving and the overall weak readings we've been seeing internationally, this chart is a bit perplexing. 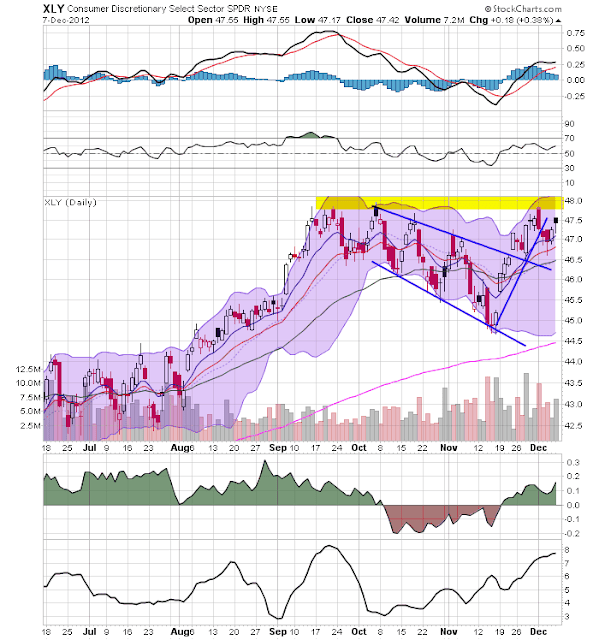 As we move into the holiday season, it's easy to think that consumer discretionary would outperform the broader market.  This is not the case.  While this sector did break the downward sloping channel established in early October, prices have hit previous resistance established in the 48 area and retreated to the 10 day EMA.  Some of this may be a standard post rally sell-off, although there may be some underlying concern about the consumer's overall strength going into the holiday season. 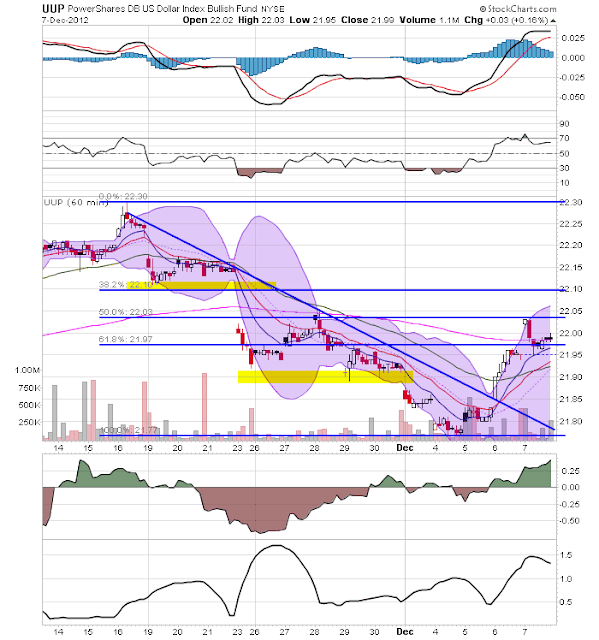 The 60 minutes dollar chart shows that the primary dollar trend for the last month has been down.  Prices broke key support at the 22.10 level in late November and 21.9 level in early December.  Now, prices have rebounded to the 50% Fib level of the sell-off. 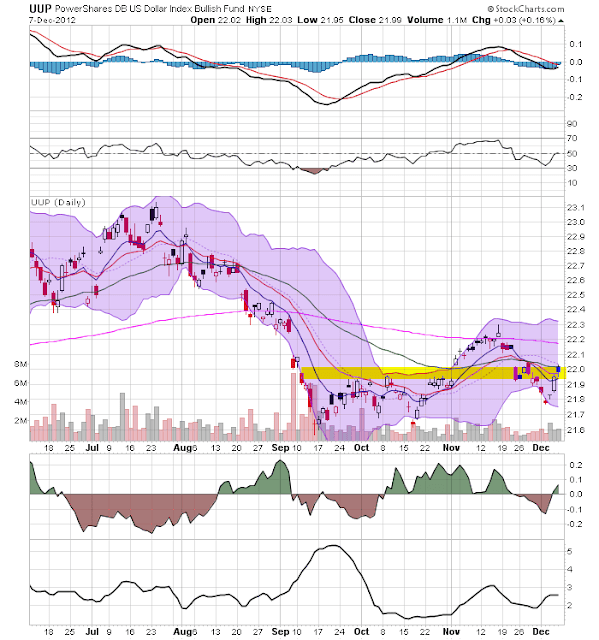 The daily chart of the dollar shows that prices are now back to levels established in September and October, and are also below the 200 day EMA.