I wrote this story last weekend. Since then, Markit and the ECB have released additional information to that provided in this post.  However, nothing released has changed the overall tenor of the economic situation.

The EU is another zombie economy -- an economy that is shrinking in a continent wide slowdown. Let's start by looking at the GDP data: 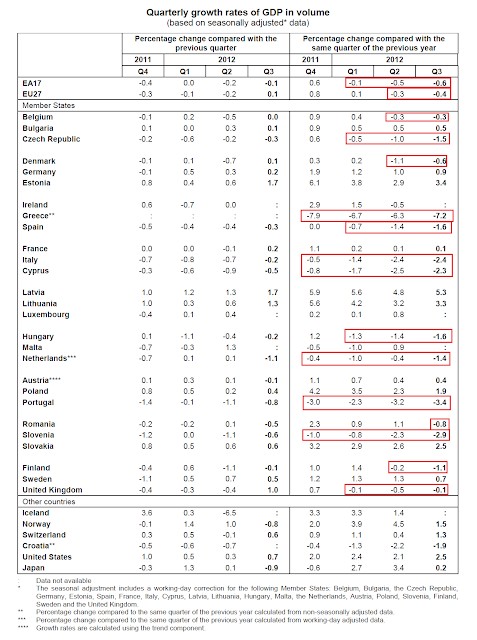 The chart above is from the latest EU GDP report.  Consider the following data points:

In other words, the entire continent can be described as in a recession according to one of the standard definitions of recession (two straight quarters of contraction).

1.) Three countries have been contracting for two straight quarters: Belgium, Denmark and Finland

That means that of 27 countries in the EU 27, a little under half are in a technical recession.

When we look at the contributions from household spending and investment to EU growth, we see that household spending contracted in 6 of the last 8 quarters for the EU17 and 27 and only barely grew for the EU 27 in the 3Q12.  Total investment has contracted for four straight quarters as well.  In short, two key components of GDP have shown no meaningful growth in a year. 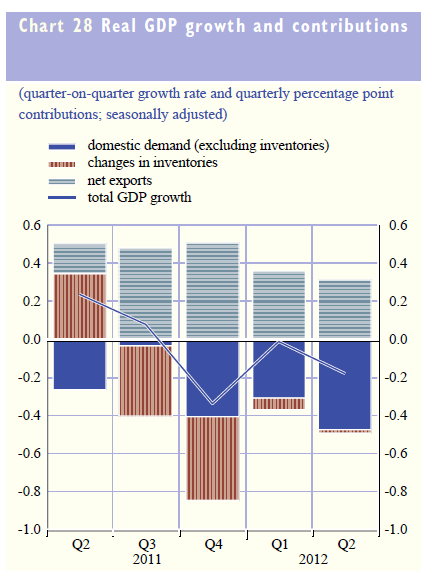 The above is from the ECB's latest chart pack and shows that the only GDP element keeping the region out of trouble is net exports. 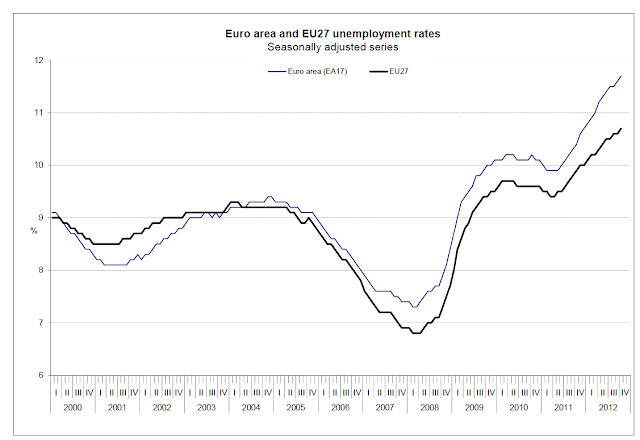 Consider the following points from the latest Markit survey of the EU region:

The headline index has now remained below the neutral 50.0 mark for ten consecutive months and, although the latest reading was the highest since
July, it was nonetheless indicative of a solid contraction in overall private sector output. The average reading so far in Q4 is the weakest since the second quarter of 2009.  Downturns continued in both the manufacturing and service sectors in November. However, rates of contraction slowed to seven- and three-month lows respectively. Both sectors were affected by weak demand from domestic and export markets. 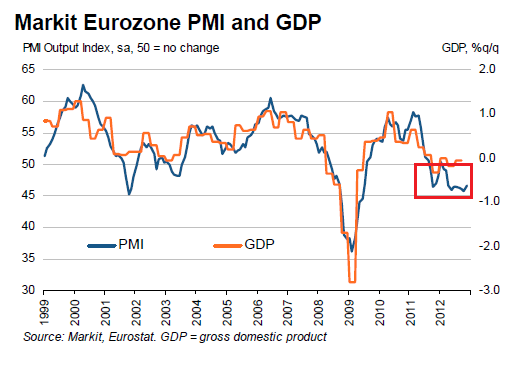 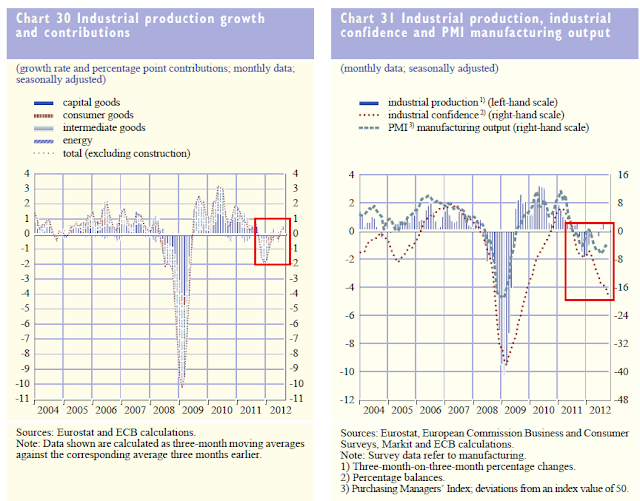 The left chart above shows that industrial production growth has been negative or just barely growing for most IP sectors over the last year.  The key element of the chart on the right is that incredibly sharp drop in industrial confidence (the dotted red line), which is now dropping at levels last seen in the great recession. 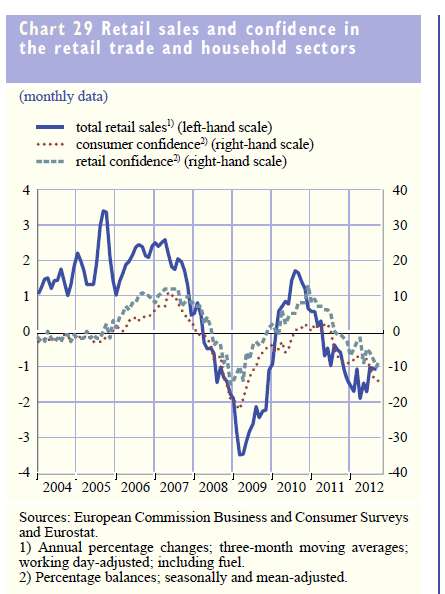 And the above chart shows that retail sales have been contracting for over a year and a half.  As a result, consumer confidence has been dropping for the same time as has retail confidence.

Like the Japanese and UK economies presented earlier this week, the EU economy is in terrible shape.  It's in a continent wide recession; retail sales as is industrial production.