The economy lurched forward in November, more than making up for the downturn in October.

At this point we have 3 of the 4 coincident indicators most generally presumed to be used by the NBER in dating economic peaks and troughs. We already knew that employment rose. Additionally, it is thought that some weight is placed on aggregate hours worked, and those also rose. Today we found out real retail sales and industrial production, and both of those rose as well. 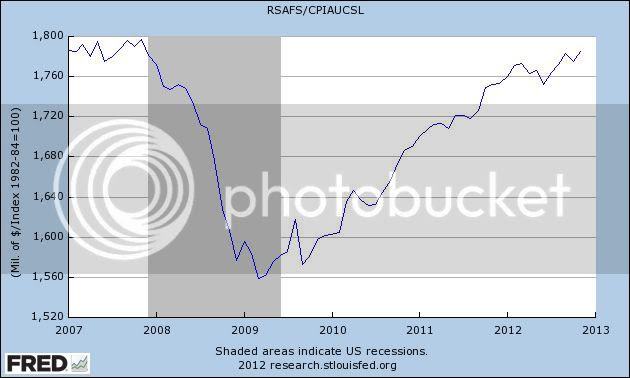 Meanwhile, industrial production also rose, although it is still about 0.5% below its recent peak in July: 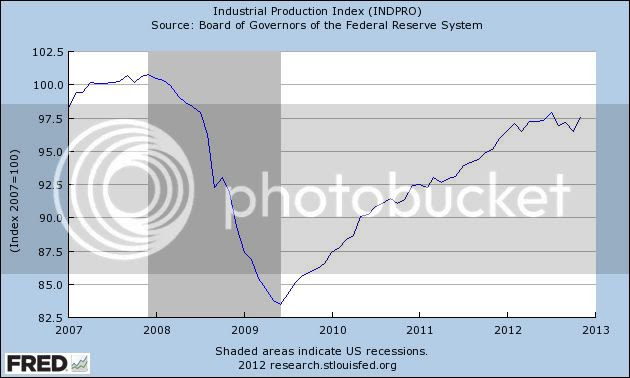 ECRI appears to rely upon a different sales metric, inflation-adjusted manufacturing and trade sales. Those were just reported as declining in October, so we have no apples-to-apples November comparison.

The final coincident indicator, real personal income, hasn't yet been reported for November. With the -0.3% decline in consumer inflation, however, we can see how average hourly earnings adjusted for inflation were doing in November: 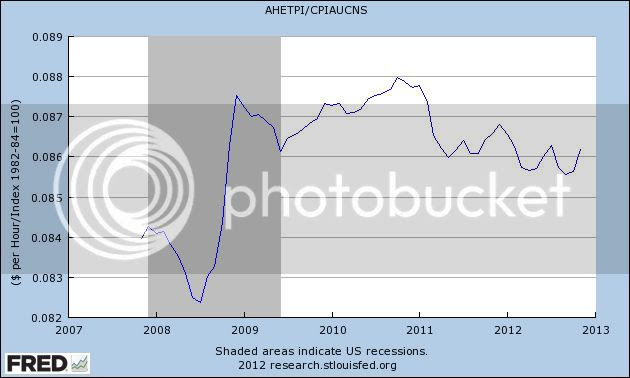 Note that these have risen in the last two months, but from the lowest level since the recession. This has everything to do with the Oil choke collar. As gas prices rise, real wages worsen. When they fall, as they have in the last few months, real wages improve. Here's the YoY look at the same data: 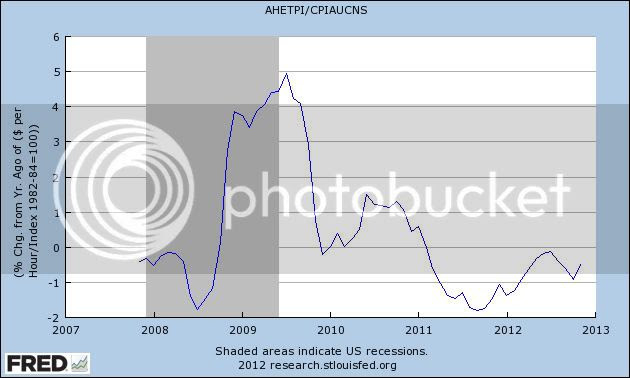 Wage-earners are still losing ground, although at a less-bad rate, only -0.5% YoY in November.

Industrial production has been basically flat since March, the same month that employment growth, while still positive, ratcheted down. Real retail sales are improving again, although real manufacturing and trade sales are flat. Depending on the area of emphasis, the US economy is either slightly expanding or slightly contracting -- i.e., still shambling along.
Posted by New Deal democrat at 1:00:00 PM