(The above is from a Japanese zombie walk).

When I was in college (late 1980s) a wave of anti-Japanese sentiment swept the US.  Japanese industry was far more efficient and effective than its US counterparts, and the coordination between Japanese government and industry was the hallmark of public private coordination.

20 years later, Japan is still trying to come out of its malaise with no hope in sight of a meaningful recovery.  All of charts below are from the Bank of Japan.

The chart above shows Japan's quarter to quarter GDP percentage change.  Without including the great recession, Japan has had at least six episodes of slow growth over the last nine years.  While they have been able to lurch forward (see 2Q05, 1Q07, 4Q07, 2Q09, 3Q11) for short periods, there is no momentum to their growth.  In fact, this chart looks very much like a "two steps forward, one step back) economic scenario. 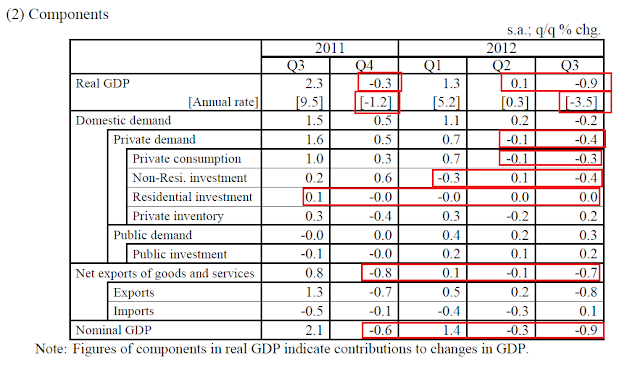 The above chart simply puts numbers to gross real GDP and its components for the last 5 quarters.   In three of the last five quarters, we've had either marginal growth (.1% in 2Q12) or negative Q/Q growth (4Q11 and 3Q12).  Private demand has been terrible.  Residential investment has been slow for 5 straight quarters.  Private consumption has dropped for the latest 2 quarters and non-residential investment has either been negative or only growth lightly in the last three quarters.  The real problem for Japan has been the negative export picture.  In three of the last four quarters, exports have contracted, while in only one have we seen an increase -- and then only a moderate one.

This chart is perhaps the scariest that Japan faces.  Since their peak in 2008, net exports have seen a steady decline.  A healthy trade surplus is Japan's only ability to finance it's mammoth debt/GDP ratio (which currently stands at over 200% of GDP). 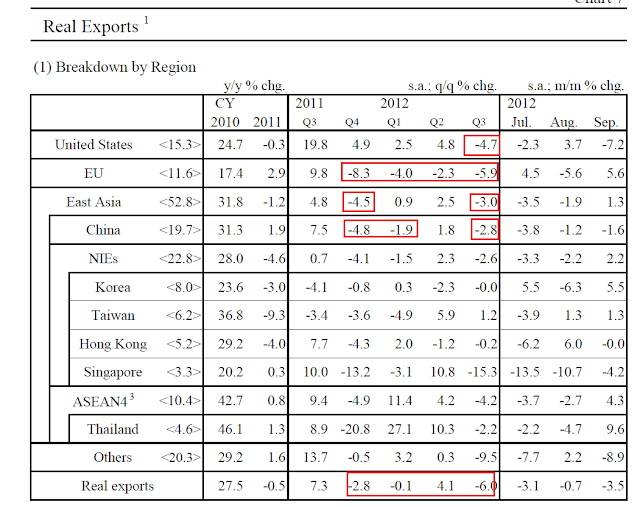 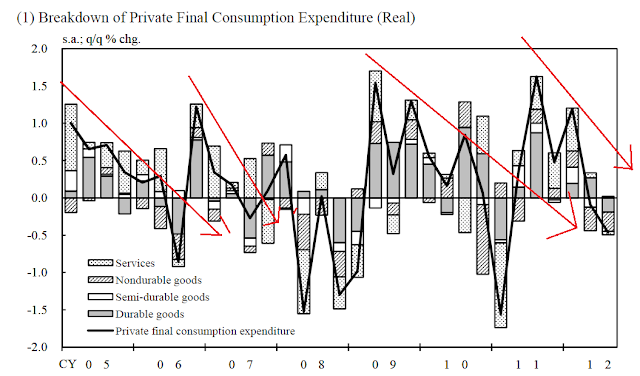 Above is a chart of the quarter to quarter percentage change in personal consumption expenditures.  Notice that we see peaks (1Q05, 4Q06, 2Q09 and 4Q11) followed by continued moves lower.  PCEs -- like GDP above -- are unable to maintain upward momentum growth.  Instead, we see a quarter of growth followed by downward movement.

The above chart shows total household spending (top line, left hand scale) going back to 2004.  Notice the line is moving horizontally, indicating a lack of advancement in overall spending.

Turning to business investment, we get the following three charts: 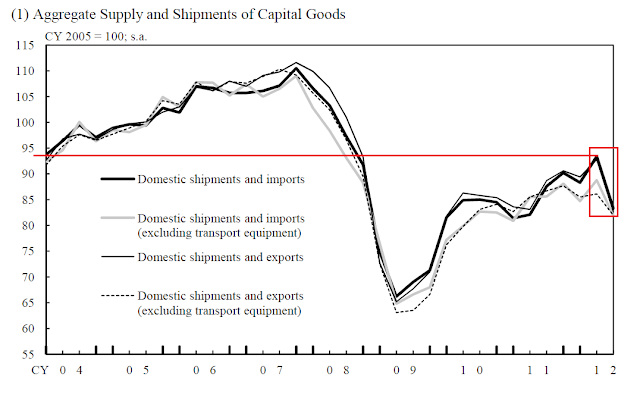 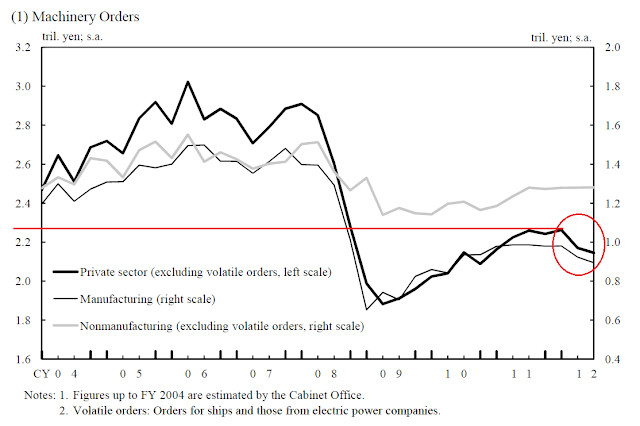 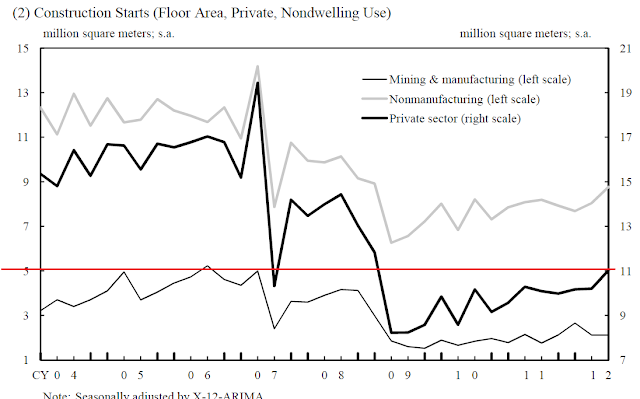 There is nothing hopeful in any of the above charts; no data point that signals a possible growth spurt ahead.  Perhaps most terrifying is the slowdown of the Japanese export sector.  Without a positive trade balance, Japan will have continued problems financing its debt.