Let's start by looking at one of the better performing equity markets (Germany) and one of the worst (Brazil). 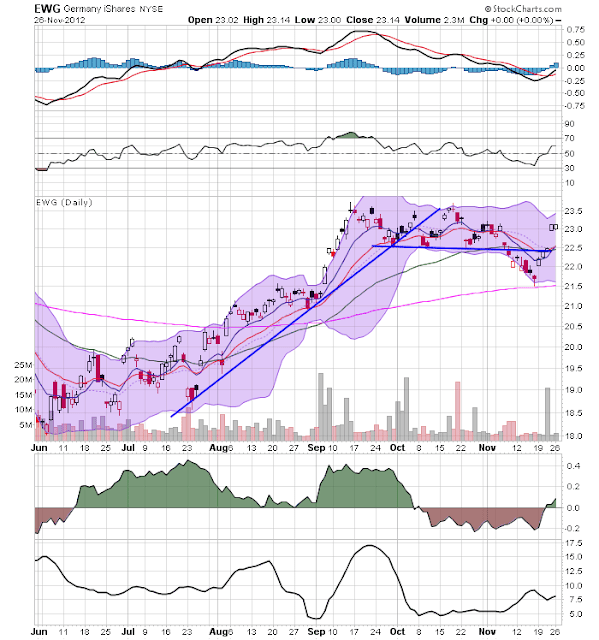 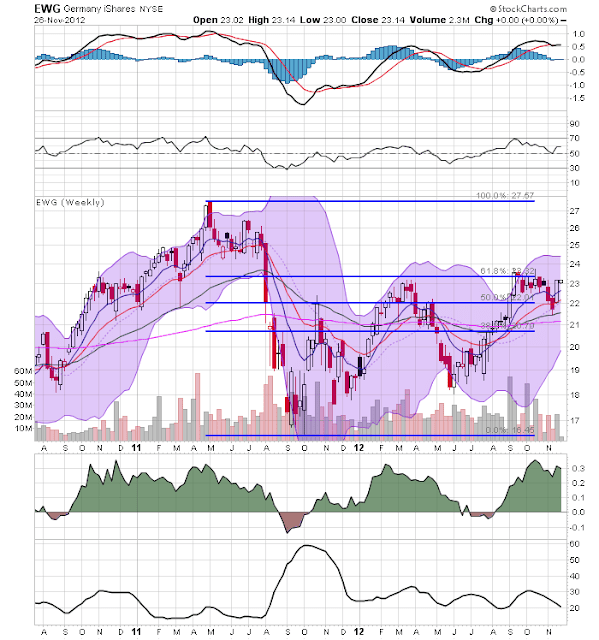 On the daily chart (top chart), notice that most of the gains occurred over the end of the summer and early fall, when prices moved from the 18 price level to 23.5.  Since then, prices have moved sideways, trading between 21.5 and 23.5.  The weekly chart shows that prices are now stuck just below a key Fib level.  While there is conflicting information from the MACD, both charts now have a positive CMF.  Additionally, both charts have bars above their respective EMAs. 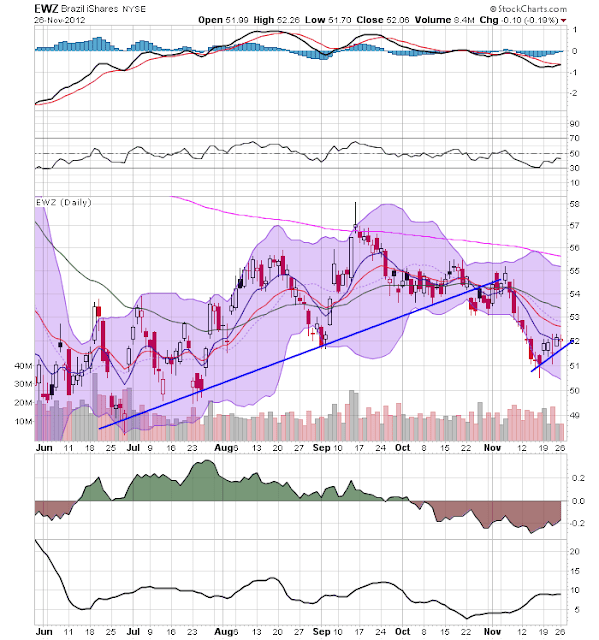 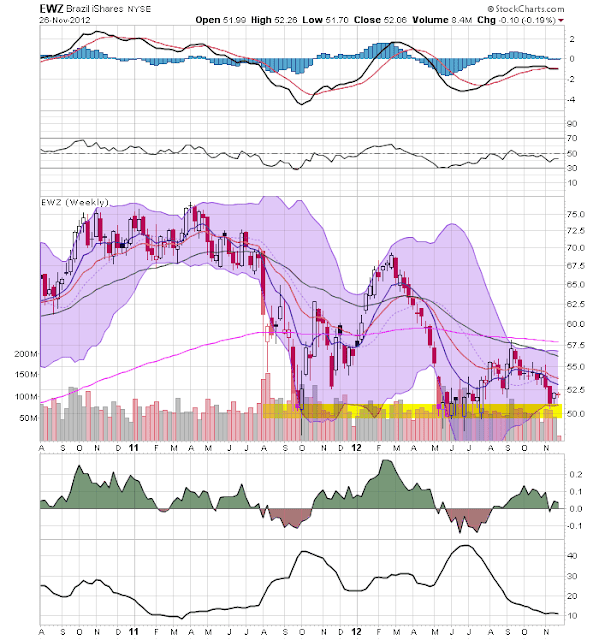 The daily Brazilian chart (top chart) broke key support at the end of October as prices were taking a second run at the 200 day EMA.  Now prices are in the middle of a counter-trend rally that's occurring on weak volume.  The weekly chart (bottom chart) shows that prices are near multi-year lows with weak momentum (it's negative and has given a sell signal) and weak CMF. 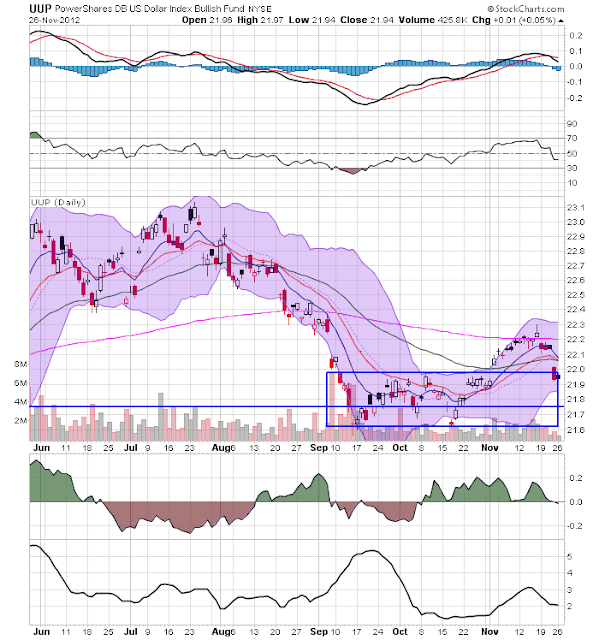 The dollar rallied to the 200 day EMA, but has since fallen back to the top of the trading range where it spent the last few months.  The MACD has given a sell signal and the CMF is weak.
Posted by Unknown at 6:00:00 AM