The economy shambles along: employment

On Monday I pointed out that there has been a ratcheting down of the economy since march, in a way that hadn't happened in the summers of 2010 or 2011. I described the economy as 'shambling along.'

One area where this ratcheting down shows up is in employment. first off, let's look at the Conference Board's "Employment trends index," which is a totally transparent index designed to forecast job gains or losses about 6 months into the future: 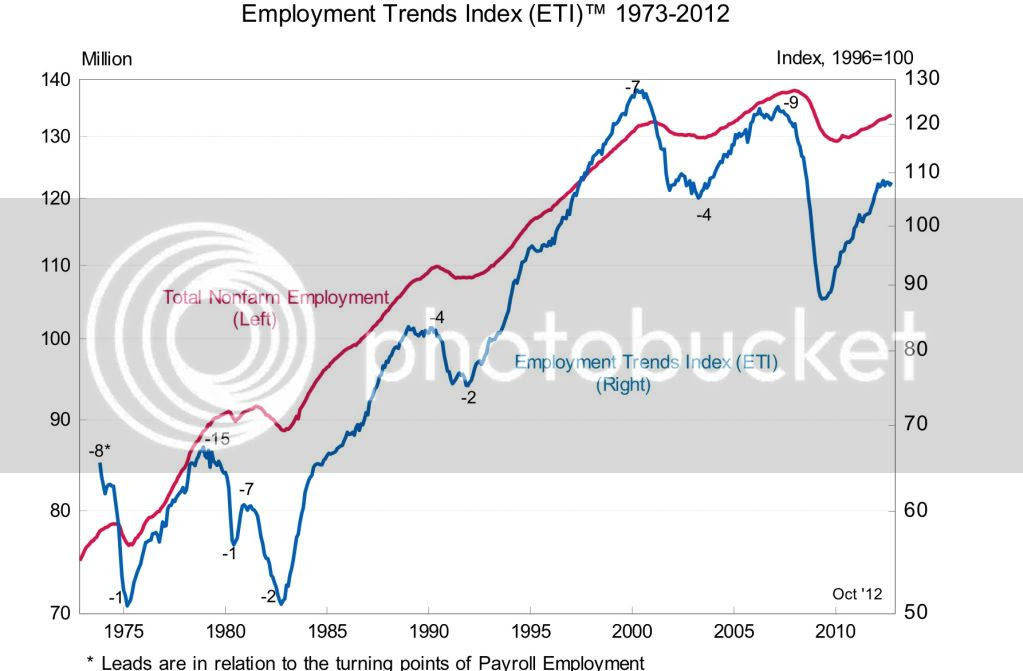 Note that this has completely flattened out, presaging a flatlining of employment (but not a contraction). 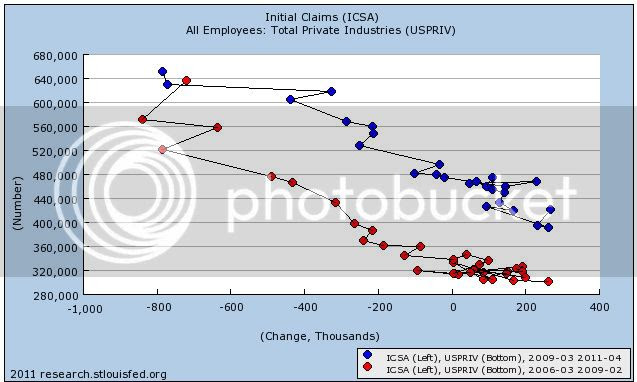 Now, here's an update of the data from March 2009 to the present: 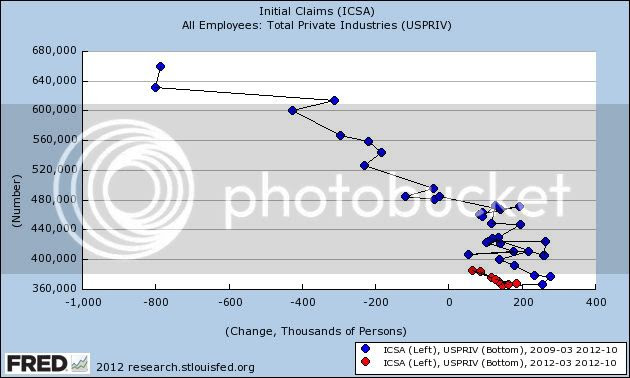 Notice the orange points, from March of this year through October. For the same general level in jobless claims, there has been a decrease in jobs created. There has been, relatively speaking, a decline in hiring.

Finally, here is a close-up of the same data since March 2011. The relative decline in hiring stands out even more: 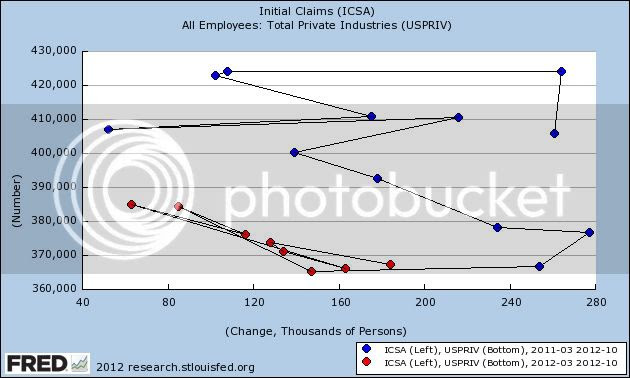 There is a theory that an unintended seasonality has been introduced into the data, due to the great recession. What this final graph shows is that we have weaker hiring vs. firing even comparing with the same period one year ago, I.e., the seasonality argument does not explain the poor relative pace of hiring vs. firing. When it comes to jobs, there has been a real ratcheting down of the economy this year.
Posted by New Deal democrat at 8:00:00 AM