Last week was a holiday shortened week, which means that any move has to be viewed skeptically.  However, we did see stocks as the strongest performing sector with bonds selling off, indicating am overall risk on move, primarily premised on the good news coming out of Washington.  Underlying the movement, we see consumer discretionary technology and energy sectors making positive moves.  However, the lack of meaningful drop in the treasury market -- in conjunction with a holiday shortened week -- highlights that the risk off trade is still on everybody's mind right now. 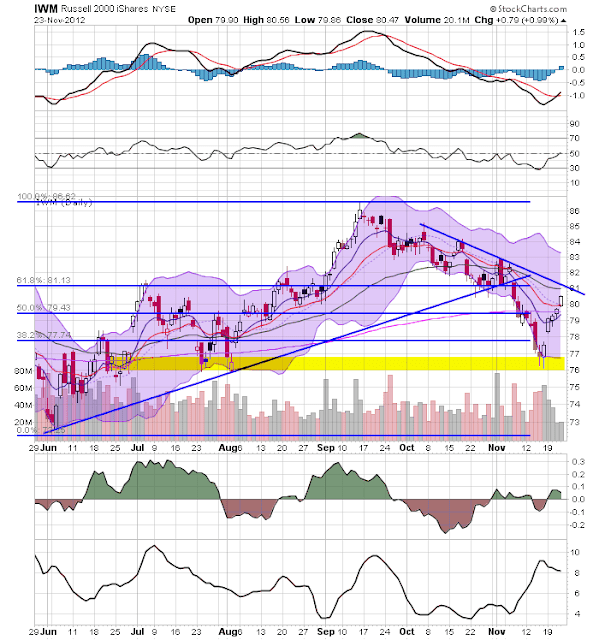 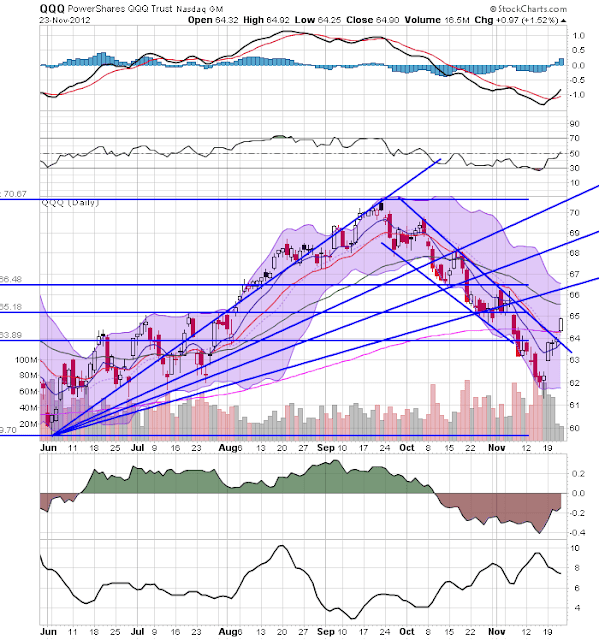 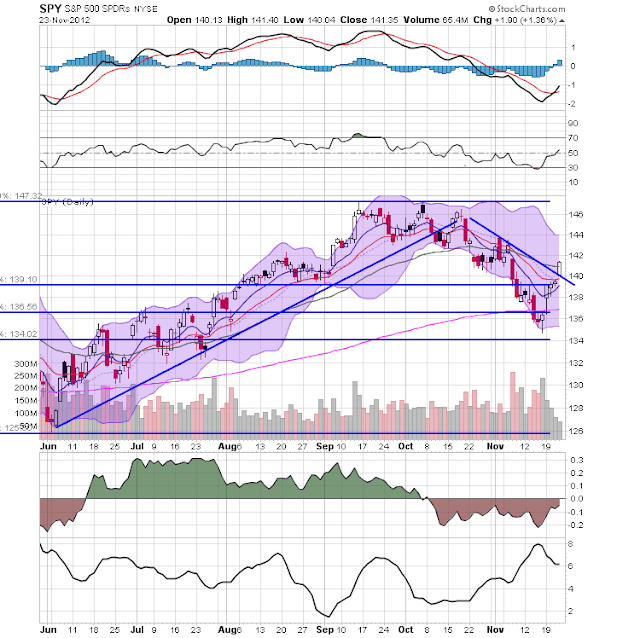 Of the three major averages, two (the QQQs and SPYs) have broken through resistance, while the IWMs remain contained.  In addition, all three averages have printed buy signals from their respective MACDs and all three have advanced above their respective 200 day EMAs.  The issue with the moves higher is that they occurred on declining volume.  Ideally, we'd like to see the opposite happen to 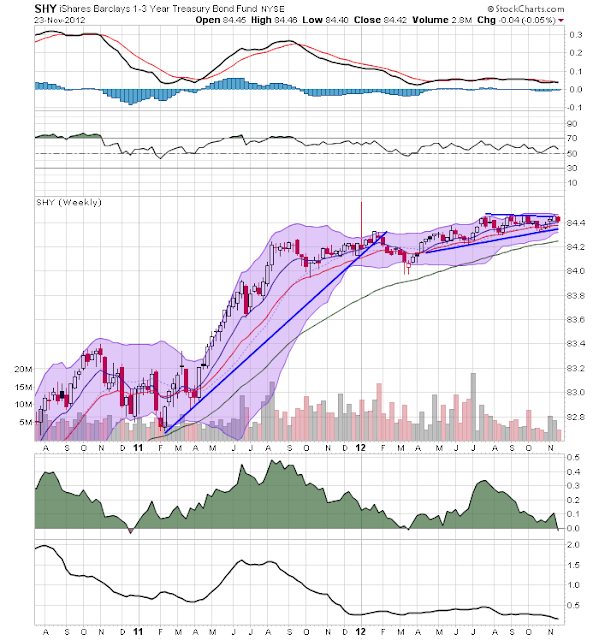 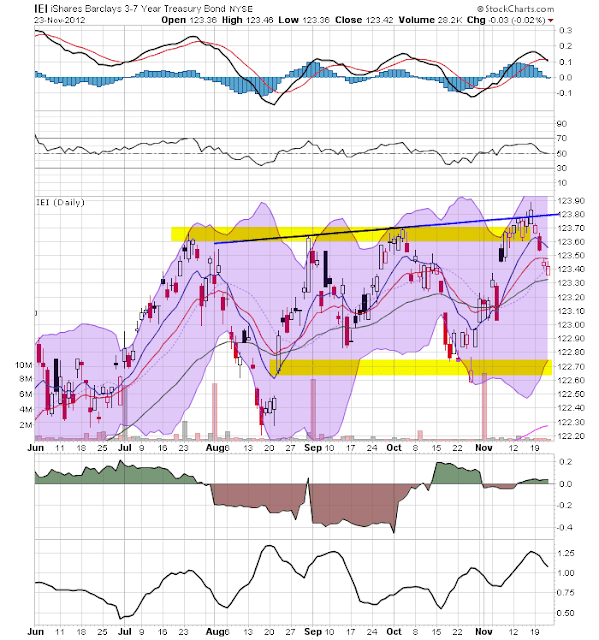 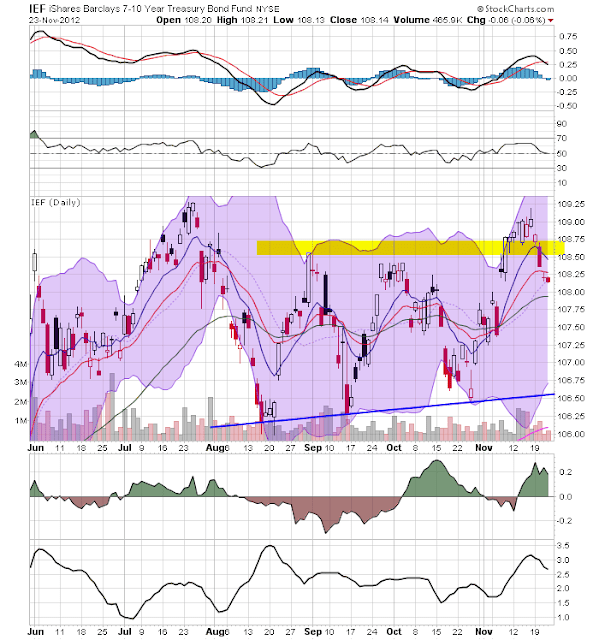 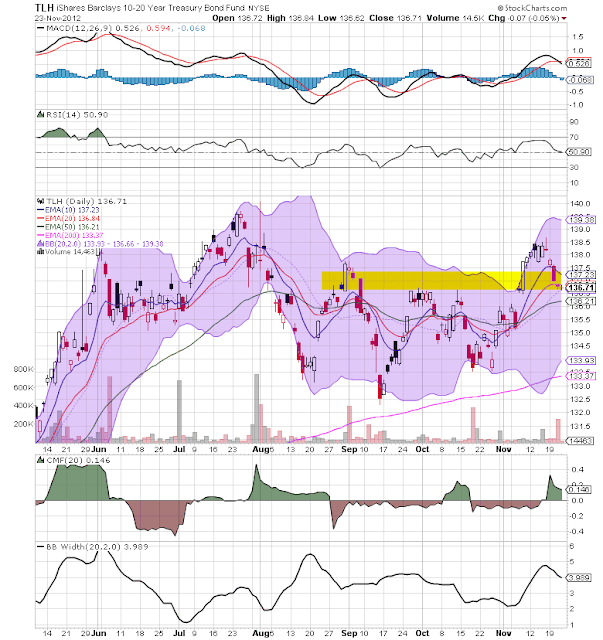 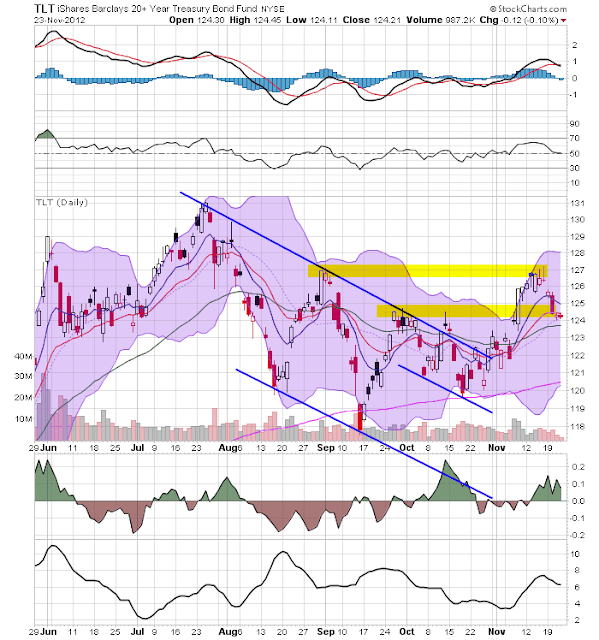 The entire treasury curve remains elevated and above important levels, indicating that the risk off trade has not removed the concern among traders about certain elements of the market overall.
Posted by Unknown at 6:20:00 AM